A Love to Keep Me Warm by Gina Ardito 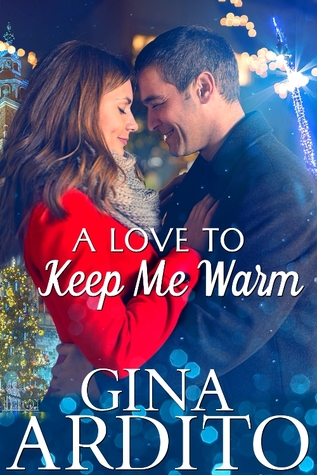 After living in the carnival world, Polina Kominski is anxious to put down roots and build a life that includes a permanent home and, someday, a family. But first, she has to spend Christmas in Kraków, Poland to satisfy the final request of her late mother. Angry at having her strings pulled one last time, she’s resigned to follow the detailed instructions left to her, but refuses to believe the superstitions and allusions to magic Mom wants her to experience. And what’s with number eight on her mother’s itinerary, Kiss a Stranger?

To avoid facing his family’s sins, international banker, Rhys Linsey, will travel the lengths of the globe in his quest to regain the collection of ancient artifacts stolen from him years ago. When he runs into Polina on a Kraków street, he volunteers to help her experience the beauty of the holiday while sharing the history and folklore of this charming city. No matter how much she denies the existence of magic, he’s determined to prove her wrong.

Christmas in Kraków weaves a powerful spell, but Polina is running toward her future, while Rhys is stubbornly mired in the past. Can the magic of the holiday extend beyond December to bring Rhys and Polina full-circle to love?

The day after they meet, Rhys takes Polina on a tour of Krakow and begins with the city’s origins according to legend:

“Back in the eighth century, all of this land was a village on the River Vistula, with nothing but mud huts and peace-loving people who traded goods up and down the river. Set into the deep side of Wawel Hill was a cave where a terrible dragon named Smok Wawelski slumbered.”

She stopped in mid-step on the sidewalk and tilted her head to stare at him with disbelief. “A dragon? Really?”

“Give me a chance to prove it, okay?”

He gave her a pleading look that melted her polar heart. How on earth did he plan to prove a draconian legend? Curiosity overrode common sense, and with a light laugh, she agreed. “Go for it.”

Eyes crinkled with a secret smile, he gave one simple nod. “Thank you. Generations were warned against waking the dragon and unleashing its fury upon the poor village, but one day several young boys who, like you, refused to believe the tales, strode bravely up to Wawel Hill to see the dragon for themselves. They crept into the cave and soon came upon the enormous scaly tail of the horrible beast. Well, apparently, one of the boys was so terrified, he screamed, awakening the dragon. The children turned and fled, but the damage was done, and the horrible creature soon began wreaking havoc upon all the townspeople. The dragon would come into their village, day after day, stealing the livestock and carrying off the virgins to be devoured at its leisure.

“The villagers attempted several times to kill the beast, but always failed miserably. Until one day, a shoemaker’s apprentice named Krakus mixed up a huge vat of sulfur and coated dozens of sheep with the mixture. When the sheep were ready, he led them to a grassy spot where the dragon was sure to see them. The dragon, naturally, spotted the sheep and swallowed them just as quickly. Soon the sulfur began to take its toll, and the dragon could not contain his thirst. He raced to the River Vistula and drank, but no matter how much water he swallowed, the thirst continued to burn inside him. He nearly drank the river dry until, at last, he swelled so much, he burst like a balloon. Boom!”

As Rhys’s hands flew in front of her face, Polina jumped back with a squeal of surprise.

Chuckling, he pulled her closer and wrapped an arm around her shoulders. Nothing had ever felt so right as this man’s arm holding her close to his heart. She tilted her head at a slight angle, studying his lips, wondering how they’d taste against hers. All he had to do was bend his head forward a few inches…

“Well, of course,” he continued, apparently oblivious to her thoughts, “the village rejoiced at the dragon’s demise.”

She shook off the romantic silliness and refroze her heart. What had she been thinking? A kiss? Good God, she was behaving like her mother, acting on impulse, rather than logic. The last thing she needed was a love affair. Furrowing her brow, she took a step away from him to increase their distance then tried to refocus on his story.

“Krakus was named king and built a castle at the top of Wawel Hill where the dragon’s lair once sat. The village prospered into a city and was named Kraków in honor of their hero.”

Outside Wawel Cathedral, he stopped in front of a large stone wall where a strange collection of bones sat chained against the rock. An odd-looking snout rode above a rib cage about the size of a giant whale’s, some kind of bizarre cloven feet at the base.

“Behold,” Rhys whispered against her ear, sending delicious ripples of warm breath across her neck. “Proof. The dragon’s bones.”

Soft laughter escaped her lips. “Right. Good thing you brought me here. I wouldn’t want to waste my time on dusty old artifacts when I could see something as authentic as a dragon skeleton.” 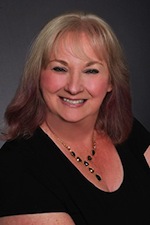 I kill houseplants. There. Now you know one of my greatest shames. I'm not boasting. I just figure that if you're reading this, you're looking for more than how wonderful life is as a writer. So here are a few more of my flaws:

I sing all the time. I sing in the car. In the shower. While I'm grocery shopping. And I headbop while I sing. When I'm not singing, I talk to myself. Just ignore me and move on. You get used to it after a while.

I don't eat my vegetables. Seriously. I'd rather have a cookie.
I'm extremely fair-skinned and could burn under a 60-watt light bulb.

I can't sleep without background noise. If it's too dark and too quiet, all I have are my thoughts. And even *I* don't want to be alone with my thoughts.

Don't ask me to Zumba, line dance, or march in the parade. I have absolutely no rhythm.

Regrets. I have more than a few.

My favorite activity is sleep. I don't clock a lot of hours, but I powernap like a Persian cat and rejuvenate within ten minutes.

I consider shopping and dining out excellent therapy for anything wrong in my life.

My feet are always cold. Always. My husband claims it's because I'm an alien sent to Earth to destroy him. (He might be right about that.)

Coming to my house for a visit? Unless you've given me plenty of advance notice, be prepared. My floor will not be vacuumed, there will be dishes in my sink, and I only make my bed when I change the sheets once a week (I'm climbing back into it ASAP. Why make it?) Housecleaning is not high on my priority list. Okay, to be totally honest, it's not on the list at all.

I can resist anything...except ice cream.

Since this is our first date, I figure I've revealed enough secrets for now. But if you've read this bio and think I might be the author for you, pick up one of my books. You won't be disappointed.