Absinthe of the Heart (Sins of Yesterday, #1) by Monica James 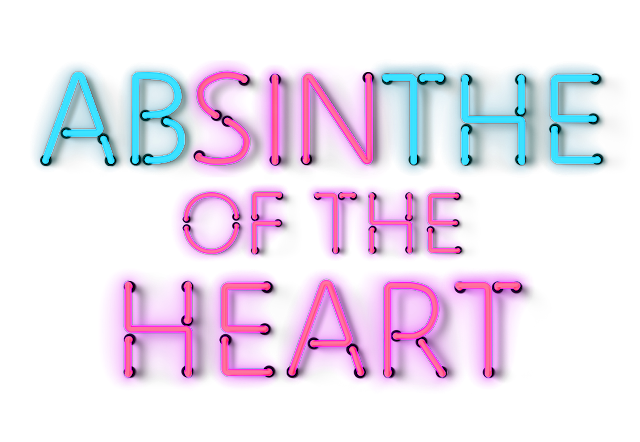 Title: Absinthe of the Heart 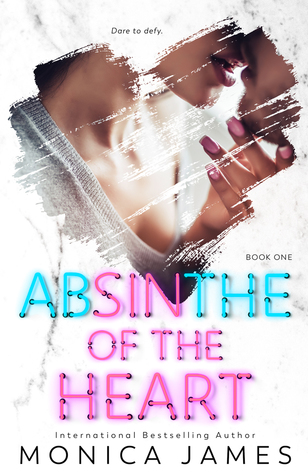 Two households, unlike in dignity, in the City of Angels is where we lay our scene...

London Sinclair was the boy my mother warned me about for as long as I can remember. His name alone has brought my family nothing but shame and suffering, so it’s no surprise we’ve been sworn enemies since the first moment we met.

With his bedroom eyes and cocky smile, he has all the girls under his spell. I have one more year of school left, and then I’m home free because I’m guarding a secret, one I’m ashamed to keep.

The boy who is completely off-limits is the one who drives me, Holland Brooks, wild. I want London, and I think…he wants me, too.

Some may compare it to a Shakespearian tragedy, as our surnames have fated our future, but when a single night changes my life forever, I can’t leave the City of Angels fast enough.

Ten years later, I have atoned for my sins and return to Los Angeles a changed woman. I’ve come home to get married. But the moment London walks back into my life, one thing is clear. Ten years can’t undo that night—that single, sinful night when I gave into temptation—because I want to do it again. 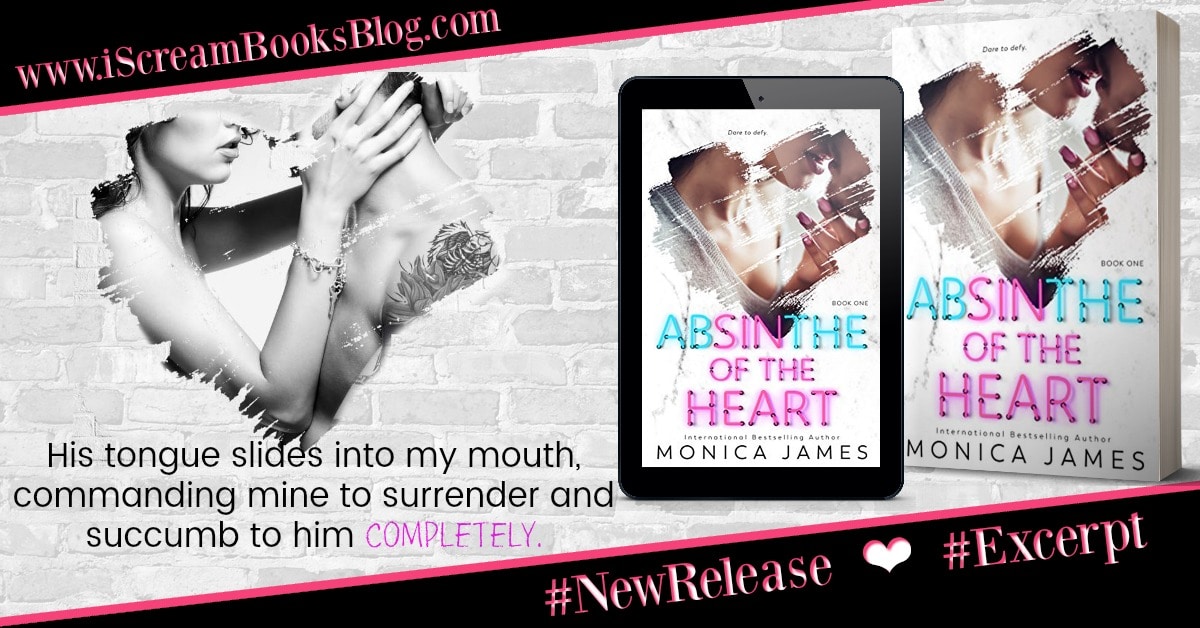 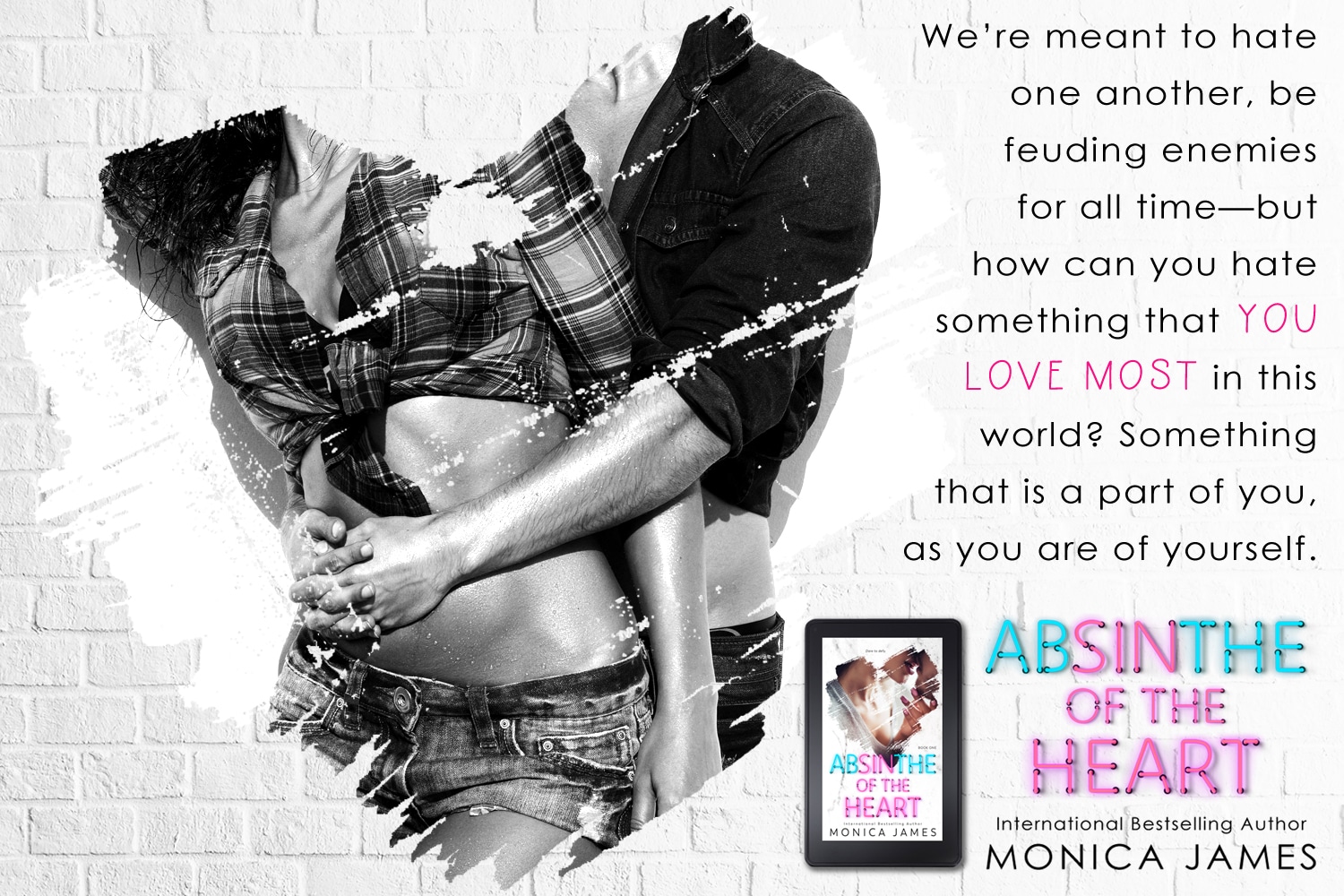 Excerpt from Absinthe of the Heart (Sins of Yesterday, #1)
by Monica James © 2018

Before I get a chance to scold him, he presses his chest to mine and slowly reaches behind me. We’re caught in a deadlock. I’m barely breathing while he licks his bowed upper lip, unaffected. I shuffle backward, uncaring that I’ll probably fall off the edge because that alternative is far better than burying my nose into the length of his neck. He smells so good. I just want to take a bite.

But up goes my guard as I refuse to succumb to this insanity a second longer. “This is a new low, even for you. Manhandling a defenseless, injured woman.”

He has the gall to laugh. “You? Defenseless? That is one word I would never associate with you, Princess.” When that momentous nickname slips past his lips, we both freeze, him gingerly meeting my eyes.

A thousand emotions are reflected deep within those shadowy depths, transporting us both back to being seventeen. And just like that, my walls crumble. He clears his throat while I avert my eyes, focusing on a lone beer bottle cap on the floor.

There are bottles clinking and some sort of rustling happening behind me, but I don’t dare turn around to see what the commotion is. When he finally pulls away, I take a breath, but it’s in vain because he drops to his knees before me.

I have no idea what he’s doing until he lifts my injured ankle and presses a dishcloth filled with ice to the swollen flesh. The relief is instant, so I don’t fight it. I watch as he tends to me, on his knees, as it’s a sight I never thought I’d see. I envisioned London on his knees, begging for forgiveness more times than I care to admit, but this is different.

Something is selfless, almost repentant about his actions, and I can’t take pleasure in seeing him this way.

“Here.” He breaks the silence when he offers me his cell from his back pocket. My brain short-circuits. Not only is he tending to my wounds, but he’s now giving me a lifeline to get the hell out of here. But now that it’s within reach, I don’t want it as desperately as I thought I did.

Regardless, I accept the offering. The screen lights up with a picture of an adorable black Labrador. I don’t know why, but it throws me.

This is a part of London’s life, and I begin to wonder what else he holds close to his heart.
Over the past ten years, I exorcised London from every crevice of my mind and body, never allowing myself to slip back into the past. But being here now, I can’t help but be curious, especially because he looks different…he looks happy. 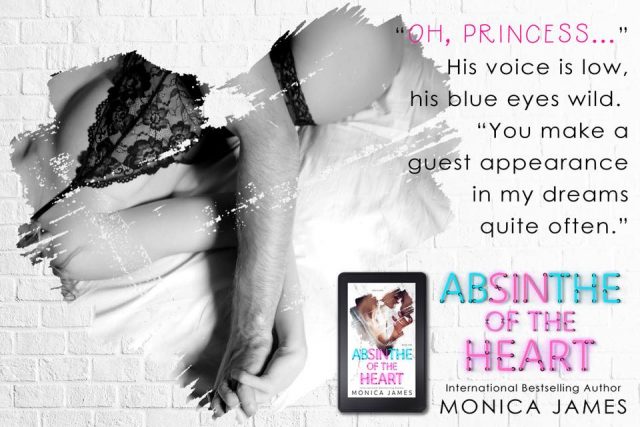 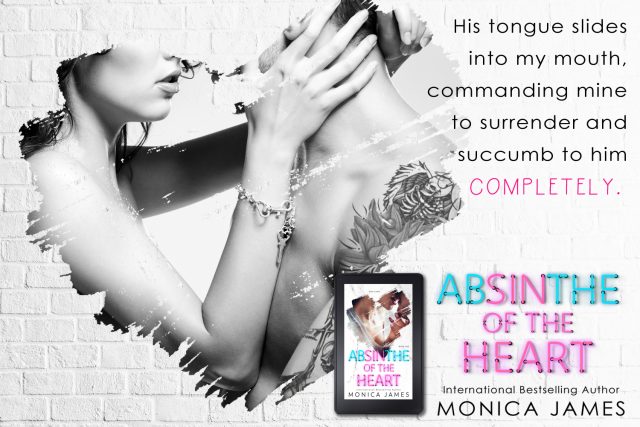 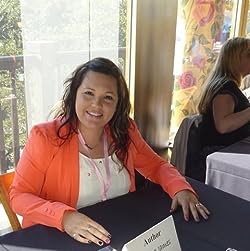 When she is not writing, Monica is busy running her own business, but she always finds a balance between the two. She enjoys writing honest, heartfelt, and turbulent stories, hoping to leave an imprint on her readers. She draws her inspiration from life.

She is a bestselling author in the U.S., Australia, Canada, France, Germany, Israel, and the U.K.
Monica James resides in Melbourne, Australia, with her wonderful family, and menagerie of animals. She is slightly obsessed with cats, chucks, and lip gloss, and secretly wishes she was a ninja on the weekends. 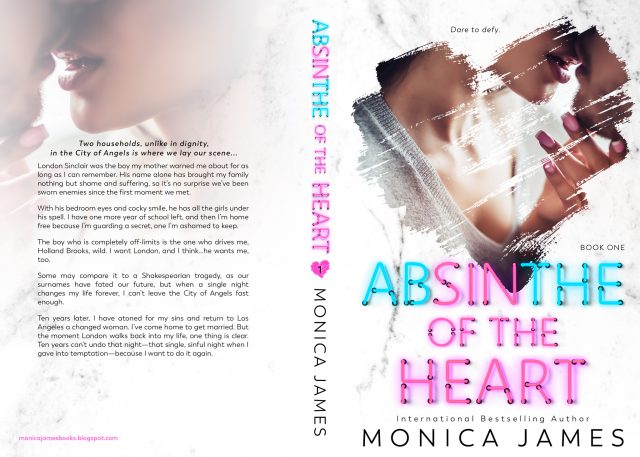