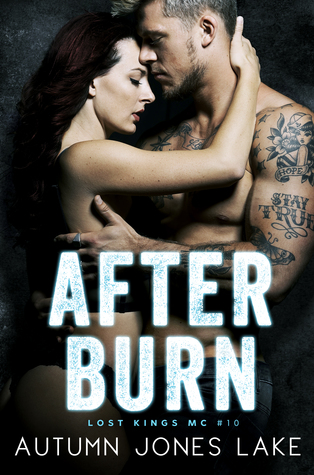 One spilled secret shines a light on the throne of lies I've been sitting on for years.

A revelation with the power to test the bonds of brotherhood like never before.

Promises I've made to my brothers I burn to keep. Vows made to my wife I swear to honor.

Through the web of tangled loyalties, one thing remains clear.
Hope is embedded in my soul.

A love so rare I've spilled blood to protect it.

Each painful piece of our pasts brought us to this moment.

Together, we've built something beautiful, significant, and ours.
And one uncovered truth could burn it all to the ground.

After Burn is the 10th full-length novel in the popular Lost Kings MC series. It is not meant to be read as a standalone.

"You don't have to prove you're a badass to me, Rock. I know you have a heart of pure gold under that black leather."

Most would think only Hope sees his heart of pure gold, but that's not the case. The Lost Kings MC is a family and they would die for each other. While they insult and tease each other non-stop, much to my amusement, they are beyond badass to those outside their family unit. Inside, they aren't afraid to show their love for their brothers and their women and kids.

Once Rock finally claimed Hope and she truly became his old lady she proved herself and won over not only the club members but myself as well. I confess, at first I was really pissed at Wrath for giving her such a hard time and calling her Cinderella. But now, I smile when he does so with affection. The banter between characters is one of my favorite things about this series. So many of the nicknames and jokes are reminders of past stories that make me sigh with remembrance.

Since the 'secret' is what After Burn is all about, and that's not something I can disclose, I'm just rambling on about how much I love these characters and this series. Deal with it. What I can share is that there's a club trip and the old ladies get to tag along. I really enjoyed reading about that experience and I totally agreed with the assessment that, "It's like having children who never grow up and leave." You never know what kind of trouble one of the 'boys' might get into and there is much eye-rolling that comes with their outrageous cocky statements. I giggled when Hope said, "You're a proud papa watching over all his cubs, aren't you?" But it's true, while their antics might drive him crazy, Rock's proud of his brothers and would do anything for any one of them.

Can I just say that I'm so happy there are still some single members in the club who need a good woman in their lives? I don't think I'll ever be ready for this series to end so my fingers are crossed that there will be some new prospects or merged members to keep the club stories going on and on and on forever. In the meantime, I can tell you that this installment ends in a mind-blowing cliffy that will have me perched on the edge of my seat until I get my hands on the next book. The line forms here...

After Burn is part one of a duet.
After Glow is available for pre-order now. 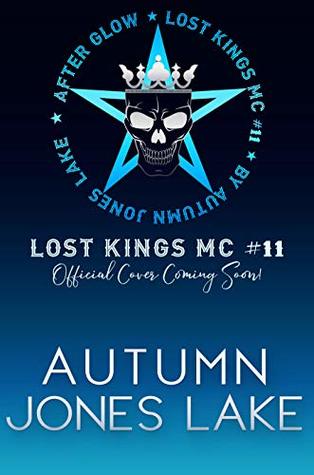 Autumn believes true love stories never end. She’s easily amused, a procrastinator and writes romances with loving alpha heroes who cherish the sassy women they fall in love with. Autumn prefers to write her romances on the classy side of dirty, and she’s a sucker for a filthy-talking, demanding alpha male hero. The bigger the better. She enjoys testing boundaries and breaking rules with her stories. Happy For Now endings make Autumn’s heart pitter-patter.

Her past lives include baking cookies, slinging shoes, and practicing law. Playing with her imaginary friends is her favorite job so far. She’s an active member of her local chapter of Romance Writers of America.

Autumn was born and raised in upstate New York. She still enjoys all four seasons there with her very own alpha hero and their dogs.

Devoted by Marie Johnston
They Had Eyes of Silver by S E Davis
Briana by Carmen Rosales
Perfect for Her by S.A. Clayton
Chosen by Tiffany Patterson
Devastated by Marie Johnston
F*cked by the Sinner by Hayley Faiman
And Then We Sever by A.V. Asher
Not a Role Model by Lani Lynn Vale
Hunter by Dr. Rebecca Sharp
Dance into My Life by Hayley Faiman
A Million to Blow by Blue Saffire

One Comment to After Burn (Lost Kings MC, #10) by Autumn Jones Lake