All or Nothing (Together, #3) by Felice Stevens

All or Nothing an all-new, steamy M/M romance by Felice Stevens is available NOW!

A past he couldn’t forget

Adam Barton is living his dream of working as a firefighter in his small Texas town, but a tragedy from his youth continues to haunt him. He decides New York City is the perfect place to start a new life and joins the FDNY, living and loving his own way—no strings and nothing personal. Until he catches sight of Rico Estevez, the sexy chef with the mysterious smile who rocks his world. After one explosive night together, Adam craves another….And then another. The more he and Rico are together, the more Adam wants him.

A future he never imagined

Rico Estevez is living a lie. For years he’s hidden his sexuality, afraid to hurt the career of his politically ambitious father. He’s the perfect American―the best schools, top of his class and most importantly, to his father, a successful businessman. Who needs a boyfriend when sex is so easy to find? Starting a torrid love affair with Adam Barton isn’t a problem; neither one is looking toward forever. But Rico’s father is about to get the chance of a lifetime and Rico feels forced to play by his rules.

Rules are made to be broken

Adam proves more unforgettable than Rico ever imagines, but he gives in to family pressures above personal desire. When a fire reunites them, both men discover their passion for each other hasn’t died; rather it’s stronger than ever. Want turns to need and something more dangerous to their hearts—love. Adam and Rico know if they want to have it all, they can let no one and nothing stand in their way of a life together.

“I don’t know why it’s been so hard to forget this. I should become numb to it like the other guys.”

“That’s not who you are. You care about people. It’s why you do your job so well.”

Surprised at Rico’s insight, Adam gave him a shy smile. “I didn’t think you noticed.”

The song ended, yet they remained on the dance floor, with Rico half-hidden in the shadows, silent yet with a presence so overpowering, Adam couldn’t help but be drawn to him. Rico reached up, grasped the nape of his neck, and pressed their mouths together, and as always, it took only the touch of those firm lips to crumble his defenses. They remained on the dance floor, kissing until the sound of whistles and clapping brought Adam back to reality.

Shrugging it off, Rico took his hand, and they returned to the bar, where their burgers awaited them. That revelation by Rico had shaken Adam, and he chewed and swallowed his food, sneaking sideways glances at Rico, frustrated at his inability to gain any sense of Rico’s thoughts behind that neutral mask.

“So how long have you two been dating?” Dale wiped up the counter, getting rid of their empty plates.

Holding his breath, Adam waited for Rico to answer.

“Whatever you say, Rico.” He set a fresh foamy glass of beer in front of each of them. “Here’s to your kind of friendship. I’d like to find it for myself.”

“I need to settle the check. Here’s my card.” Rico scowled and flicked the card over to Dale, then took a long drink, finishing half his beer in one gulp. Not once had he looked at Adam since they’d sat down from dancing.

Unsure what to do or say, Adam sat quietly and finished off his drink while Rico signed the receipt. When Rico got up to leave, Adam followed his lead and shook Dale’s hand.

“You coming?” Rico’s face was a storm of emotions.

Without responding to Dale, Adam hurried outside to join Rico, who’d already left. “Rico, wait up.”

Rico halted and turned, his face no less dark than earlier, but Adam recalled his words on the dance floor.

“Uh, thanks for dinner. Do you want—”

“Come back with me?” Rico crowded close, his breath smelling sharp from the beer, and Adam wanted to taste his tongue. “Spend the night?”

While in Leary’s, Adam hadn’t been certain he’d be invited back to Rico’s, but he wasn’t about to question his luck right now.

Rico ran his nose down Adam’s cheek, and goosebumps prickled up his arms despite the warmth of the evening.

All or Nothing (Together, #3) by Felice Stevens
Laura's rating: 4 of 5 iScream Cones

This is the first book that I have read by this author and all though it is book three in the Together Series, it can be read as a standalone. I did not feel as though I was missing out on anything by not reading the prior two books, if anything, I now need to find the time to read more of Felice's work.

I know I have said it a million times, well maybe not quite that many, but enough times anyway, I am a sucker for a good M/M romance and I love getting the opportunity to read work by new-to-me authors. I really enjoyed the premise of the story but felt some aspects felt a tad rushed. Maybe I am just a little nuts and like to see/read stories that are drawn out a little more. The fact that one of the main characters is a firefighter scored points with me. I mean who doesn't love a sexy, bad-ass firefighter. And the scenes between Adam and Rico, in the beginning, were scorching! You could feel the heat between them and it burned hot.

Adam Barton has just made the move to New York from Texas, a clean start, with a new fire department is just what he needs. Adam has no qualms with who he is and what he wants. As an openly gay man, he embraces who he is and has his families support. When he catches the eye of local chef Rico Estevez, the son of a rising politician. Rico keeps himself hidden away in the closet. No one knows about his sexual orientation and he plans to keep it that way. That is until he meets Adam. What starts out as a no-strings-attached relationship, quickly and hotly becomes more. But when Rico isn't prepared to stand up to his father and fight for who he is and what he wants, Adam has little choice but to let him go. When their worlds collide once again, will they be able to find a way through all the smoke and haze or will the flames that once burned so hot, be extinguished for good?

I really enjoyed how Adam and Rico's story played out. Steven's has a way of drawing the reader in and getting sucked into the emotions of the characters. I was a roller coaster ride of emotions with this book and I loved it all. I look forward to reading more of this author's work.

Start the Series of Standalones Today! 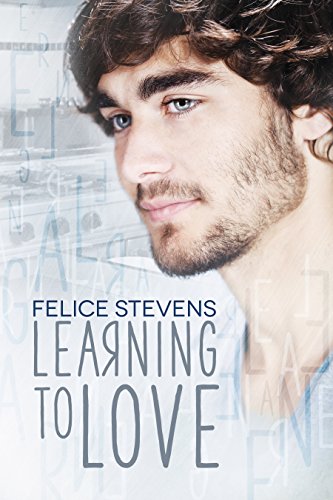 The Way to His Heart 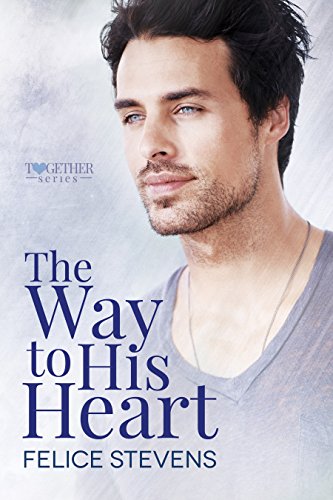 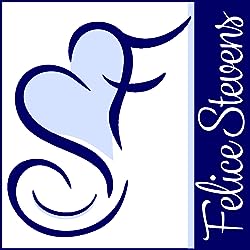 I have always been a romantic at heart. I believe that while life is tough, there is always a happy ending around the corner, My characters have to work for it, however. Like life in NYC, nothing comes easy and that includes love, but getting there is oh so fun and oh so sexy.

I live in New York City with my husband and two children. My day begins with a lot of caffeine and ends with a glass (or two of red wine). I practice law but daydream of a time when I can sit by a beach somewhere and write beautiful stories of men falling in love. Although there are bound to be a few bumps along the way, a Happily Ever After is always guaranteed.