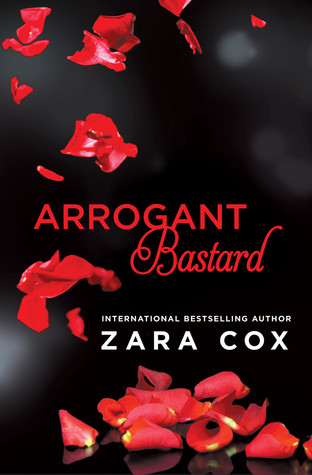 I'm known as the Black Widow because the desires I hide inside are pure poison.
I was a different person once. Faith, a young wife, hoping to become a mother. My life was pleasant. Stable. It was hell. Until Killian Knight opened my eyes to a world of espionage and intrigue. He saw something in me, something I was too afraid to acknowledge. I didn't want to be excited by the danger. Didn't want to crave the wicked passion only he could provide. But I did want, so now I run. And I pay.

I never meant to corrupt her, but I'm not sorry.

After all, I'm already damned.

After four years of searching and longing, I've finally found her. Faith, the one person in the world I breathe for. She lives beneath my skin as surely as I wear proof of our transgressions inked on my body. And like the forbidden fruit that doomed us from the beginning, our end is inevitable. We lived with no regret. We loved without inhibition. We betrayed those closest to us. We killed for that love. Now...we will burn in hell together.

"She is everything. And I die just a little bit, knowing I may not be her everything."

I found author Zaro Cox by accident a while back and she blew my mind with her word wizardry. Now I'm a serious fangirl that would be camping out overnight in the ticket line if she was a rockstar selling tickets to a concert. There's something magical about the way she writes passion that has me gasping for breath at the intensity of feeling she gives her characters. It's so addictive it makes other books pale by comparison.

Faith is hiding. She's had the very best training and she's very good at it. What she doesn't want to admit, is that she's hiding from herself. From her secret and her guilt. She had everything she ever wanted...and she lost it. Now nothing in life compares. So she's not living, she's surviving. Surviving on her memories of him.

He is badass. He's got the very best in technology at his disposal. He's got an endless supply of money available to him. He's got the looks and physique to have women lined up around the block wanting him. But none of that means anything to him. All he wants is her. She's everything. And he lost her. Yes, he knows he corrupted her. He knows she feels guilty for what they did. He shares that guilt. But he wouldn't change it. He's willing to live in hell to be with her. But apparently she doesn't feel the same way, because she ran from him. He's been searching for her for four years. He doesn't care that she doesn't want to be found. He can't breathe without her. She's his everything. And he's finally found her.

Faith is ready to run again. She feels the danger getting closer. But he finds her first. And he might be even more dangerous. Dangerous to her heart. She doesn't know if she can find the strength to leave him again. She didn't want to go the first time. But she's hiding a secret that she knows will probably be the end of them if he finds out. She can't keep it from him forever. But she keeps waiting. Just one more kiss. Just one more night. Just one more memory before she loses her everything. And then the other danger catches up to her. The choice is taken away from her. She has to fight. She has to risk it all...again.

I'm so in love with this author and this series. I can't wait to see what she has next, whether it's another book in the Dark Desires series or something new. I don't care what subject she decides to tackle next, I'm ready. The line forms here...

After four years and two months.

I stare at the screen, my blood pumping relief and shock and fury and joy through my veins. The cocktail of emotions paralyzes me for several minutes.

Then I force myself to analyze what I’m seeing.

Her hair is different. Longer. Darker. Pin-straight and rigid where soft, friendly waves used to be. The curve of her jaw captured by the camera lens also shows the difference. She’s leaner. Meaner. Even from this obscure angle, I can tell any trace of gentleness has been wiped clean. Eroded by sin and tragedy and horror. The change was probably inevitable, but I still don’t want to see the evidence.

To anyone else, the picture would seem ridiculously vague, the image nothing more than a blurred black-and-white pixelation of hair, chin, and shoulder.

It’s the reason my algorithm spat it out almost reluctantly, a last batch of possibilities in the dregs of to-be-discarded possibilities, and then dumped it in my supercomputer’s equivalent of a spam folder, the code scrolling impatiently as it waited my command to delete, delete, delete.

But I know it’s her. Despite the dark leather cap pulled low over her forehead. Despite the bulky jacket designed to hide her true shape. Her stealth speaks volumes. Besides, she’s in my blood, in my heartbeat. After so many years of dead ends and fruitless hoping, of agonizing disappointment and withering despair, this time I simply…know.

It’s her. The Widow.

My hand shakes as I hit the zoom-in key. My gut churns, and I feel a little sick as my ever-helpful brain cheerfully supplies me with all the ways she could’ve continued to elude me—if I’d turned away, for a second, to stare at one of the other three screens on my desk. If I’d trusted my supersmart computer and accepted the prompt to delete without reviewing this particular needle in my mountain of haystacks. If I hadn’t tweaked the code yet again last night to capture just such an obscure image.

Hell, if I’d blinked at the wrong time…I torture myself with infinite possibilities as I stare at that mesmerizing angle of chin and shoulder.

A chin I’ve trailed my treacherous fingers over many times in helpless wonder.

A shoulder I’ve rested my guilty but secretly unrepentant head on.

There’s so much more to her. And I treasured every single inch of her forbidden body, fucked her at every opportunity she granted me. Until she systematically erased herself from my life.

But why New York? And why now?

But here she is…

I can’t see her eyes, but I don’t fool myself into thinking they’ll hold an ounce of softness. What we did changed us forever. And not for the better.

I lean back in my chair. Exhale slowly. Terrified of blinking in case she disappears from my screen. It doesn’t matter that I’ve copied and stored the longitude and latitude of her location in a dozen vaults on my server and memorized every single piece of data on the screen.

Without taking my eyes off her, I reach for my phone and press the voice activation app. “Good evening, Mr. Knight.”

“Nala, how many times do I need to tell you to call me Killian?”

“You have yet to change my default settings, Mr. Knight.”

My lips twitch but a smile doesn’t quite form. My eyes water with the need to blink. But I resist. “I changed them last week. You reset them again, didn’t you?”

“I assure you, I’m quite incapable of doing that.”

Nelson Whittaker, my LA-based English pilot, picks up on the second ring. It’s three a.m. but he answers as if it’s normal working hours. Which it is, to be fair. Everything is normal for me in my line of work.

“How soon can you get to the airport?” I snap.

“As soon as I put on my trousers and chuck a bucket of water over my son to wake him up,” he replies with a dark chuckle.

My fingers fly over the keyboard as I save her information in a few more electronic vaults. “Give William my apologies,” I say.

“No need. He’s been champing at the bit to take the new girl for another spin.” The new girl being the Bombardier Global 8000 I added to my collection of private jets last month.

“In that case, I expect to see you at Van Nuys within the hour.” At this time of the morning, traffic from their Santa Monica apartment should be light enough to get them there fast.

“We’ll be there.” He clears his throat. “I expect the paperwork regarding out-of-curfew flights—”

“Will be taken care of. I’ll text you the details but we won’t be straying far from the usual parameters.”

My gaze tracks that chin. That shoulder. The hair. Four years’ worth of turbulent emotion threatens to rip free. My chest burns with it, but I contain it. “New York.”

Zara Cox has been writing for almost twenty-five years but it wasn't until nine years ago that she decided to share her love of writing sexy, gritty stories with anyone outside her close family (the over 18s anyway!).