Roxanne King left the big city looking for a simpler life, but after years of proving herself on a SWAT team in New York City, being deputy in a sleepy Louisiana parish is something of an adjustment. She's settling in, but she knows she made some mistakes in the beginning--Zep Guidry being the worst of them. Zep drifts through life on his looks and Cajun charm. Roxie learned the hard way he's not for her.

Zep is a man who knows what he wants, and what he wants is Roxie. He's just not sure how to get her. They spent one hot night together a year before and now all the lovely deputy seems interested in doing to him is arresting him. He's not used to a woman he can't charm, but Roxie seems immune. He's determined to win her back by any means necessary. Including becoming the kind of man she desires.

And when Roxie's past comes calling, it might be the opportunity Zep needs to show Roxie that the town bad boy might just be the man of her dreams. 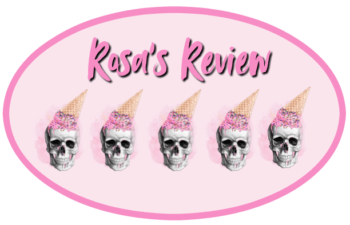 "There was a joke around town that the only thing Zep Guidry knew how to finish was a beer."

Oh, how I'm loving this Butterfly Bayou series...sigh. It takes place in a sleepy Louisiana parish where everybody knows everybody as well as all their business. While sometimes the gossip mill is entertaining other times it's a pain, especially for Zep. His past precedes him and his reputation doesn't seem to be dying down even though he's trying to make positive changes in his life.

Roxie thinks Zep isn't good for anything but to scratch an itch. He already scratched hers, but it doesn't seem to be going away. Every time she sees him, and even when she doesn't, she remembers their unforgettable night together. He knows how to push her buttons and doesn't even mind getting arrested as long as it means he gets to spend some time with her. She knows she needs to stop taking him into custody if she wants to get over him, but tell that to her itch.

I'd already met bad boy Zep in previous books and couldn't wait to spend time with him. He won me over almost immediately and I was rooting him on as he pursued the stubborn Roxie. I fell even harder for him when I learned about his love for animals, even Otis. Get ready to giggle, gasp, and grin as you dive into this sweet, sexy, and suspenseful tale. I'm addicted to this series and if you gave me a lie detector test I'm not sure if I could tell you which is my favorite. I love them all. Right now, I'm really favoring this one...but that's only until the next one. The line forms here...