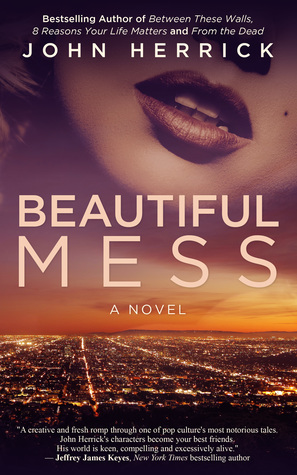 A fallen star. Four Los Angeles misfits. And the Marilyn Monroe you only thought you knew.

Del Corwyn is an aging relic. An actor who advanced from errand boy to Academy Award nominee, Del kept company with the elite of Hollywood’s golden era and shared a close friendship with Marilyn Monroe. Today, however, he faces bankruptcy.

Humiliated, Del is forced to downgrade his lifestyle, sell the home he’s long cherished, and fade into a history of forgotten legends—unless he can revive his career. All he needs is one last chance. While searching through memorabilia from his beloved past, Del rediscovers a mysterious envelope, dated 1962, containing an original screenplay by Marilyn Monroe—and proof that she named him its legal guardian.

Del surges to the top of Hollywood’s A-list overnight. But the opportunity to reclaim his fame and fortune brings a choice: Is Del willing to sacrifice newfound love, self-respect and his most cherished friendship to achieve his greatest dream?

A story of warmth, humor and honesty, Beautiful Mess follows one man’s journey toward love and relevance where he least expects it—and proves coming-of-age isn’t just for the young.

“You wrote a screenplay?”

Wide-eyed, Del ran his fingers across the crisp, white paper, a stack of sheets bound together by brass fasteners along its left margin. He was in his early twenties.

“Don’t look so surprised,” Marilyn Monroe replied with a staccato laugh. “I’m a woman of many wonderful traits.” Though thirty-six years old, she took childlike pleasure in his reaction. Innocent. She had exquisite diction, a byproduct of training with Natasha Lytess, her first acting coach.

“When did you write this?”

“During my hiatus, the one I took after we wrapped up production on The Prince and the Showgirl. Arthur and I split our time between New York and Connecticut, and he helped me as I wrote,” she replied, her countenance now matter-of-fact, her voice sultry yet airy. “I believe it was an outlet for him, too. He was so frustrated by that time, wondering about his own future. He believed in me, and I think it helped him believe in himself. So as I wrote the scenes, he gave me advice on how to make the characters richer, more alive.”

They sat together in the living room of her home in Brentwood. “Johnny Angel” played on her phonograph. They were alone in the house.

“This must have taken a long time to write.”

“I had eighteen months before I returned to Hollywood to shoot Some Like It Hot,” she replied. Her gaze fell to the floor, and her voice grew softer. “I’d been through so much by that point. Trying to make my second marriage work. The pain of losing a child…”

As her words drifted, young Del noticed she had waded into the territory of the forlorn. For the past year, she had seemed more prone toward that tendency, and pain filled Del’s heart whenever he watched it emerge. He tried to return her attention to the script, which seemed to make her happy. It was an obvious source of pride for her.

“You never mentioned you’re a writer. Why doesn’t anybody know?”

Her countenance brightened again, and Del felt relieved. She shot him a cunning glare.

“There’s more to me than the reporters know about,” she replied with a wink, wagging a red-polished fingernail at him, ever the mentor. “Here’s an important tip for you: Never tell them everything. Always keep a little secret or two for yourself, something to hold in your heart. Something you can control in this crazy world.”

Del fanned the pages, opening the document at random points to scan snippets of dialogue. What a sense of accomplishment she must have felt! He admired its professional layout, which looked identical to the scripts he’d used on the sets. Del wondered it Marilyn had typed this on the manual typewriter he’d seen Arthur Miller use in their home.

“Only to Arthur, back when we were married.” She giggled in her typical Marilyn manner. “Can you imagine? The great Arthur Miller coaches Marilyn Monroe in literature,” she punctuated with a male reporter’s voice, underscoring it with faux solemnity. “You do know he rewrote the script for Let’s Make Love, don’t you? He said the original was a catastrophe and he wanted to protect me. Wasn’t that sweet? Many people don’t know that. He wrote the script for The Misfits, too. The man certainly knows what he’s doing, if you ask me. Look at Death of a Salesman. Pure genius! Regardless of how our marriage worked out, the man was a brilliant writer.”

Young Del ran his hand across Marilyn’s screenplay again, eager to read it from beginning to end. Maybe they could perform in it together!

Yet he couldn’t ignore a chill that raced up his spine. Why here? Why now? 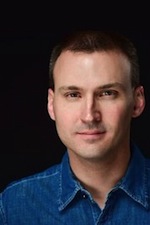 John Herrick is the author of From the Dead and 8 Reasons Your Life Matters. A graduate of the University of Missouri—Columbia, readers turn to him as a chronicler of spiritual journey and the human heart. Herrick lives in St. Louis.