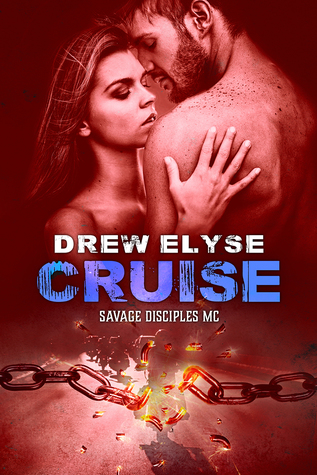 After giving up eighteen months of his life for his club, the Disciples' president is finally tasting freedom again. Stone knows there's only one thing that might ever be as sweet, but she's too young, too perfect, too untouchable for a man like him.

A Disciple will fight like a savage to protect what matters.

Evie's life is pretty much blowing up in her face until Stone finds her broken down on the side of the road. Now if only she could get him to stop being the martyr and give them a shot at what she knows they both want.

It's high time this biker got the chance to let go and just cruise. 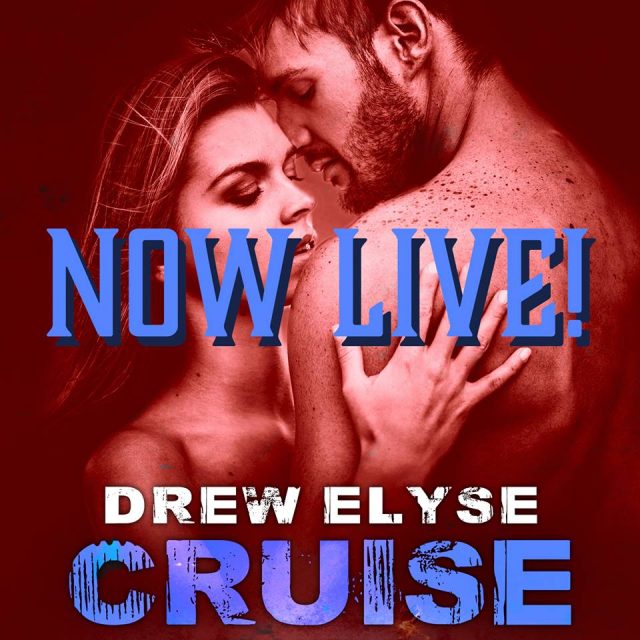 “Still in school, then?”

I bit down on the inside of my cheek at his question. Perhaps I had underestimated how hard it would be to share a house with Stone. Tracking the sound of his steps as he approached, I gave myself a mental pep talk.

You can handle this. You’ve faced far worse than an unrequited crush. Time to toughen up.

“Just one last round of finals,” I replied.

Stone knew all about my plans. I’d still been working on my associate’s when we met, but I knew then what I would do when I finished. He’d listened to the whole plan, and he’d been the first person not to question if it was the right one.

“You know what you want, you know how to get it, and you’re making it happen. That’s fucking great, Evie.”

“Does that mean you have graduation coming up?”

It was a logical question, but it felt foreign to me. The surprise of it made me look up at him.

“No. This part is all online. There’s a graduation I could attend if I really wanted to in Seattle, but I already stated I wouldn’t be walking,” I explained.

He’d meant to make small talk, but that was out the window. His attention was fixed on me, his brow furrowed. “Why would you do that?”

“Why travel all the way to Seattle for it?” I countered. “It would be one thing if I was going with a bunch of family to watch, but I’d drive all that way just to walk across that stage alone.”

When I didn’t hop to doing that, he repeated, “Go on wherever you have to and find out if you can still walk.”

His tone brokered no argument. This was the president of a motorcycle club, the man who had to be firm enough to lead a group of men most people would never question. Yet, I couldn’t help but do just that.

“You worked your ass off for this, you deserve to be there.”

Where his command had failed, that managed to silence me because it was too much. It didn’t say helping someone you knew out when they hit hard times. He was talking about traveling hours away to celebrate a pivotal moment in my life, the kind of event that family went to, the kind of event you attended for someone that you loved.

My mind a mess of words I wanted to say, my gaze fixed on the books spread out in front of me. Soundlessly, I closed them and stacked them up. Only once that was done, only when I’d had a minute to get some semblance of order to my mind, did I look back to Stone, who’d watched every movement.

“Thank you,” I started, and saw that catch him off guard. “You’ve done a lot for me, and I don’t think I’ll ever be able to repay you. But you don’t have to do this. I don’t want you to. The ceremony isn’t important to me, but if it was, I wouldn’t want to be there with someone who just went because they felt bad that I’d be there alone.”

Stone was going to butt in, I could see it. Since it had worked earlier with Avery, I sallied forth before he could.

“You’re really sweet, and I appreciate it that you want me to have that, but we both know how I feel about you. I’m sorry that I’m making this complicated, but those feelings are still there for me even though I know they aren’t for you. So you being at something like that for me, it would only make this more difficult.”

Knowing I couldn’t withstand much more, I went to grab my things and get out of there.

I didn’t get the chance.

Before I could so much as turn away from him, Stone had my wrist in an iron grip.

“You seriously fucking think I don’t feel that shit?”

His face looked like it was made from pure fire, and it silenced any words I might have drawn up.

“You think I sat on that stool every fucking day you were there to stand there smiling across from me just for the food? Because I’ll tell you right now, I didn’t even fucking taste that shit. I was there for something I needed a fuck of a lot more than food. I was there to see that cute smile on your perfect fucking face.”

I wasn’t smiling then. Even though his words were exactly what I wanted to hear, the harsh way he said them scared me.

“I told you that day you offered me that invitation to get everything I’d been wanting for months, and I told you again last night, I’m trying to do what’s best for you. Now, I’ll give it to you even more straight. You’re twenty-seven. I’m forty-four. You’re beautiful and smart, you’re sweeter than any woman I’ve ever fucking met. I’m the president of a fucking MC. I’m a fucking convict. And you know I didn’t earn that time, but I’ve done plenty of shit that could have gotten me the same rap sheet. I’m too fucking old and too dirty to even think about having you, but I do. I thought about it for eighteen fucking months sitting in that cell, and probably the only thing that kept me sane was picturing your face. But you’ve got your whole fucking life ahead of you, and I’m not going to stain that.”

He stepped closer to me, one hand coming up to run callus-roughened fingers down my cheek.

“I’m not for you, even if it fucking kills me to admit it. But one day when you find the man that is, you’ll be glad I did. And I’ll still probably be wishing that man was me.”

Before I could begin to process all he’d said, before I could say even one word to stop him, he turned away and left. 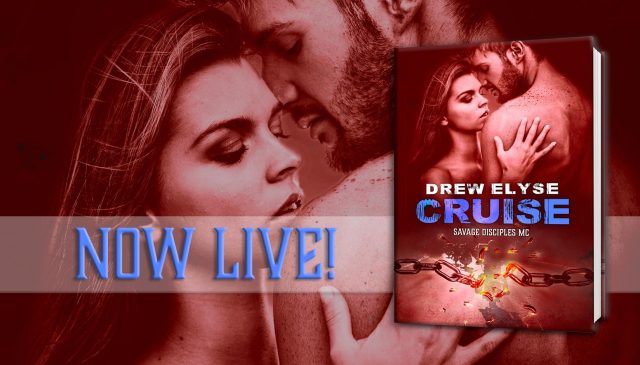 "Every time I see you smile, a little more of my heart chips off into your hands."

I've become so addicted to this amazing Savage Disciples MC series that I was torn between the excitement of wanting to read Cruise and the realization that once I do, it will be over. And I'm not ready for it to be over...pouting.

Stone has been behind bars for the last eighteen months. He wouldn't change it; he stands by his decision to do the time for his brother, for his club. He had decided before all hell broke loose that he would stop stalking Evie at the diner where she works. After learning that she felt the same attraction to him that he felt for her he felt that it was best to stay away. She's so young and innocent and beautiful. She has her whole life ahead of her, and he's lived much of his already. It was his thoughts of her that got him through the hours of loneliness and isolation during his imprisonment.

Evie's day passed bad about a mile back and she was deep into the worst day of her life. She was alone, broke, and stranded on the side of a deserted road late at night. The last person she expected to see was Stone, the sexy biker that rejected her so long ago. She'd jokingly dubbed him Mr. President back when they would chat while he was eating lunch. She knew he was used to giving orders and having his questions answered. But she didn't want to admit the hot mess she was in. I don't even need to tell you how that turned out, right? Who could deny Stone anything? Certainly not me...sigh.

Evie is trying not to get her hopes up. But seeing Stone had all her feelings for him rushing back to the surface. She'd tried to bury them, telling herself he didn't want her. But when he looked at her and talked to her, that's not how it felt.

The story is told in multiple POV, so I was inside the heads of both characters. Talk about being in a HOT seat, that is exactly where I was. Just their thoughts and fantasies about each other had my kindle almost melting in my hands. The sexual tension was torture for all three of us, and when it was finally satisfied I had a virtual cigarette afterward.And another after the And another after the #DoorSex  ShowerSex & #MakeUpSex.  ????

Cruise was an epic finale to one of my favorite series and it was so good I started reading slower to keep from turning that last page. The 'club business' was exciting and the suspense was thrilling, so it was hard not to rush to the end to get my answers. But it was so wonderful to spend time with the Savage Disciple family. The brothers and their women and children are so fun and full of personality. They have such a strong bond and it was so great to see them welcome Evie into their fold. Even when Stone was pushing her away, they were pulling her in.

I'm very excited to report that though this is the last book in this series, there will be a spin-off coming next and I'm very excited about that. Even if one character crosses paths with a club member that gives me hope of seeing some of my favorites again in the future. I can't wait! The line forms here... 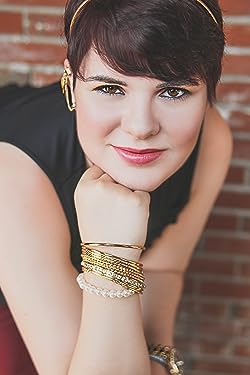 Drew Elyse spends her days trying to convince the world that she is, in fact, a Disney Princess, and her nights writing tear-jerking and smutty romance novels. Her debut novel, Dissonance, released in August of 2014.

When she isn’t writing, she can usually be found over-analyzing every line of a book, binge watching a series on Netflix, doing strange vocal warm ups before singing a variety of music styles, or screaming at the TV during a Chicago Blackhawks game.

A graduate of Loyola University Chicago with a BA in English, she still lives in Chicago, IL where she was born and raised with her boyfriend and her prima donna pet rabbit, Lola.