Dagger in the Sea by Cat Porter

Title: Dagger in the Sea 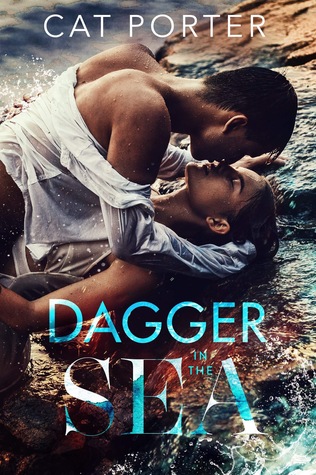 But the one truth they don’t know could get me killed.
It’s already gotten me thrown into the fire.

I may be the rising dark star of Chicago’s criminal underworld, but I’ve been warned,
and I have one chance to make things right, flying halfway around the world to do it.

Until one hot AF heiress gets in my way with an unforgettable kiss and a blast of gunfire, hurling us both into the eye of a Mediterranean hurricane, snaring us in the ultimate high stakes games

I was always told that actions speak louder than words,
and Adriana proved it to me
Yet there’s one thing that speaks even louder—
Blood
In my heart, on my hands.

Blood never lies, blood never plays games.
And neither do I. 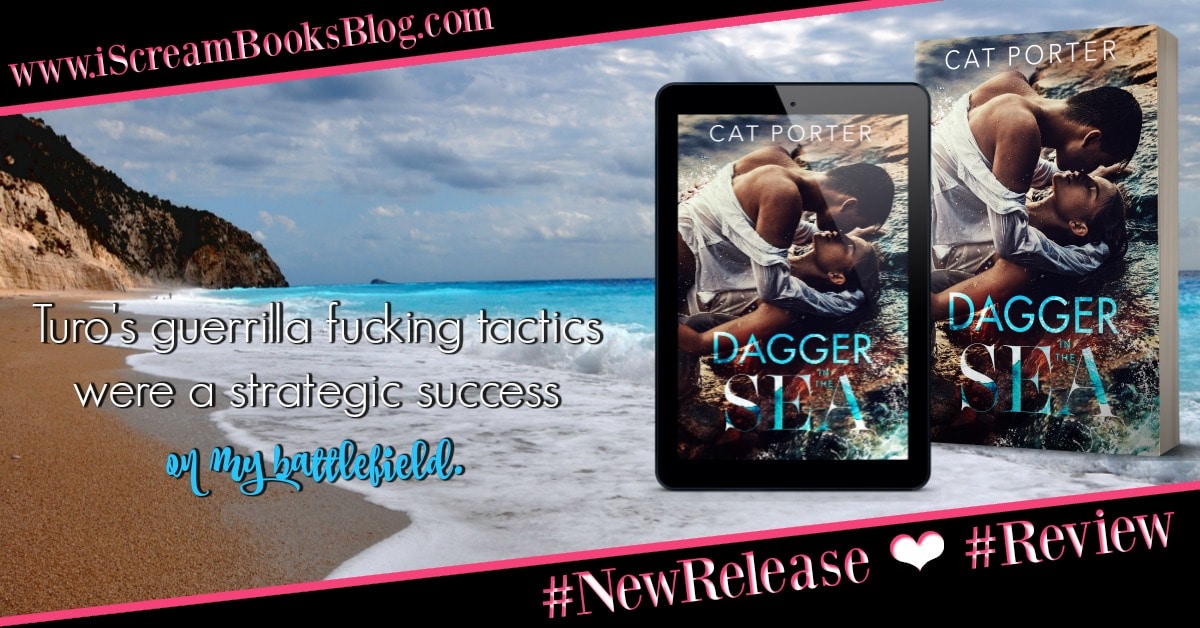 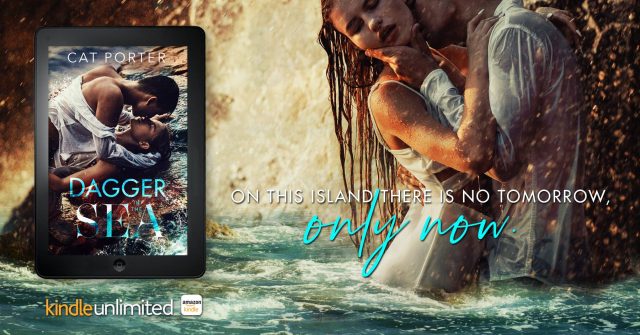 Dagger in the Sea by Cat Porter
Rosa's rating: 5 of 5 iScream Cones

"—that high octane fuel that was Turo lit every particle of my being on fire."

Cat Porter is a favorite author for me, so anything she writes is something I want to read. But I must confess that all the others I've read have been in the motorcycle club world. Dagger in the Sea is totally different from those, but there were a few character crossovers. I actually met Turo while reading Fury, though I honestly didn't realize it until a familiar scene was revisited through his eyes.

Dagger in the Sea is a long story. It takes a while to get to the good stuff because the author has to lay the groundwork in order for everything else to make sense later on. And she's kind of sneaky by putting her readers in the head of her characters and allowing us to know their thoughts. But what I always tend to forget is though we know what they are thinking, that doesn't mean it's right. They can take us down a wrong road and we might not know it until they do, and that might be too late. Are you intrigued yet?

If you've read a Cat Porter book before, you know that she loves to mess with our minds. She makes us feel what her characters are feeling, whether it be love or hate, trust or betrayal. We will react with them to whatever the situation calls for. Her words are so powerful that I spent 90% of this damn book hungry and craving the food she described so temptingly. I could feel the sand between my toes, the heat of the sun on my skin and the coolness of the water. And yes, I felt the other kind of heat too. I advise you to keep a cool drink and a fan nearby to get through those scorching sex scenes.

Adriana calls Turo a 'indecent gentleman' because he looks so polished in his expensive suits, but he can be ruthless or filthy when the occasion calls for it. He's educated and can discuss Greek mythology and poetry, but he can also slay an enemy without blinking an eye.

I really enjoyed my visit to Greece through the pages of this book. I feel like I've been on vacation as I remember the events that I've read about. They were described so beautifully that I can see them in my head like pages in a photo album. I also enjoyed the action and suspense that delivered a few surprises and cranked up the excitement as secrets and scandals were uncovered. I wanted to throw my Kindle on several occasions, but I refrained because I did not want to be deprived of the answers I sought. The closer I got to the end the more excited I became as all the pieces started fitting together. I wish I could tell you about it, but that would be a disservice, it must be experienced with all the senses. I'm looking forward to whatever the author has for us next. The line forms here... 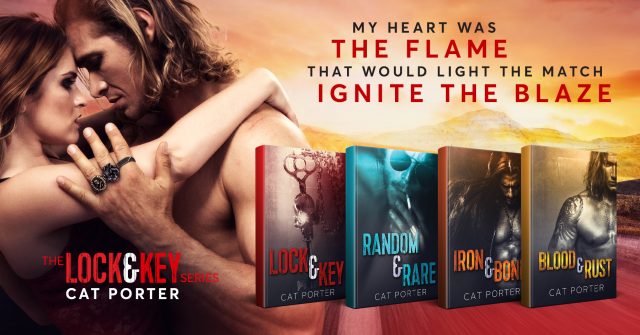 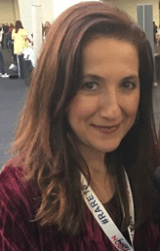 Cat Porter was born and raised in New York City, but also spent a few years in Texas and Europe along the way, which made her as wanderlusty as her parents. As an introverted, only child, she had very big, but very secret dreams for herself.

She graduated from Vassar College, was a struggling actress, an art gallery girl, special events planner, freelance writer, restaurant hostess, and had all sorts of other crazy jobs all hours of the day and night to help make those dreams come true.

She has two children’s books traditionally published under her maiden name.

She now lives on a beach outside of Athens, Greece with her husband and three children, and freaks out regularly, still daydreams way too much, and now truly doesn’t give AF.

She is addicted to reading, cafés on the beach, the Greek islands, Instagram, Pearl Jam, her husband’s homemade red wine, dark chocolate, and reallllllly good coffee.

Writing has always kept her somewhat sane, extremely happy, and a productive member of society.

A Million to Stay by Blue Saffire
The Atonement by Kiersten Modglin
Red on the River by Christine Feehan
Perfect Cowboy by A.M. Hargrove
Devoted by Marie Johnston
They Had Eyes of Silver by S E Davis
Screwed by Rebecca Wilder
Faded in Bloom by Julia Wolf
Briana by Carmen Rosales
Perfect for Her by S.A. Clayton
Chosen by Tiffany Patterson
Devastated by Marie Johnston