I am Damien Stark. Do you want to see inside my head?

Careful what you wish for. 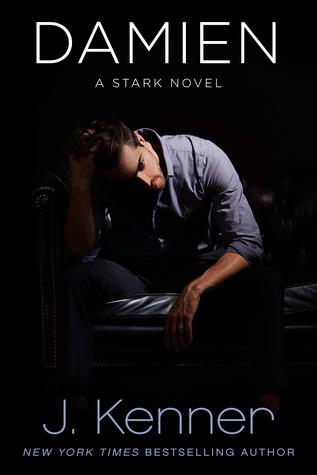 I am Damien Stark. From the outside, I have a perfect life. A billionaire with a beautiful family. But if you could see inside my head, you’d know I’m as f-ed up as a person can be. Now more than ever.

I’m driven, relentless, and successful, but all of that means nothing without my wife and daughters. They’re my entire world, and I failed them. Now I can barely look at them without drowning in an abyss of self-recrimination.

Only one thing keeps me sane—losing myself in my wife’s silken caresses where I can pour all my pain into the one thing I know I can give her. Pleasure.

But the threats against my family are real, and I won’t let anything happen to them ever again. I’ll do whatever it takes to keep them safe—pay any price, embrace any darkness. They are mine.

I am Damien Stark. Do you want to see inside my head? Careful what you wish for.

"His. No matter how much he fucked up, no matter how far off the path he strayed, she would always be his. Always be his beacon back home again. Back to her."

This amazing story has been a long time coming and it was well worth the wait. Damien is a man that knows how to keep a secret and I've been dying to get inside his head. I agree that "In the cutthroat world of buying and selling the universe, it was handy to have a reputation as a major badass." But, it was also that reputation that put him and his family at risk. The threats just keep coming in spite of him having as much security as his billions can buy.

The suspense is cranked up to turbo in this edge of your seat tale. Secrets are revealed and the surprises keep coming. But what is never a surprise is the passion between Damien and his Nikki.

I've read thousands of books over the years, but not many come close to Damien & Nikki's love story. Their love is fated and their connection is soul deep, they are tethered to each other. "We're bound, you and I. And somehow, the thread that connects us would have pulled you to me."

I have enjoyed so many amazing characters in the Stark universe and I feel sure that I'll be seeing them again in future releases. I love how they pop up again and again, always bringing a smile to my face. I'm excited to see what she has for us next. The line forms here... 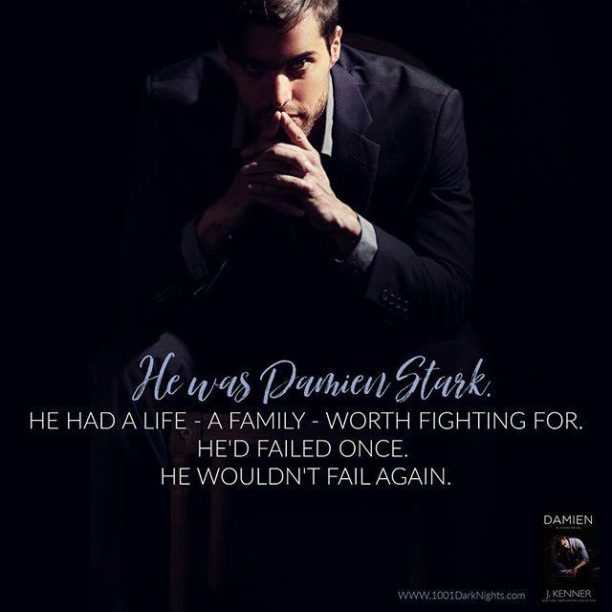 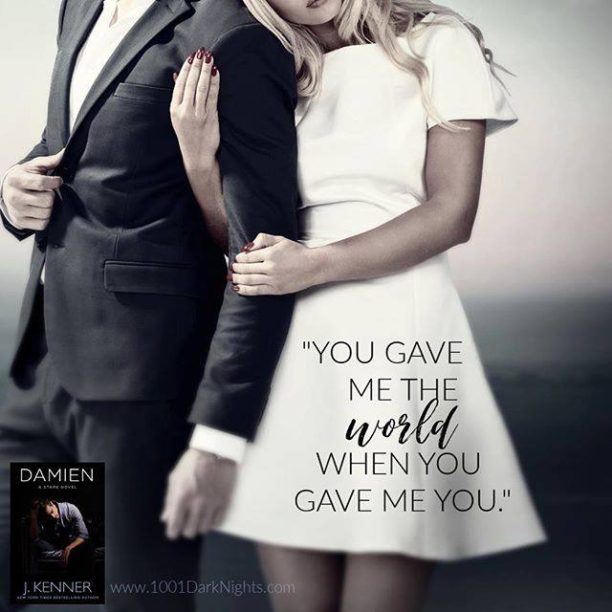 He started to lash out. To pound his fist against the door frame. But he pulled back, not wanting to wake Nikki or the two little angels curled up next to her in their bed. His wife. His precious little girls.

As much as he loved Nikki, he hadn’t truly understood how full his heart could be until he’d held Lara in his arms for the first time. And though he hadn’t expected it was possible, his heart had expanded even more when he watched Anne’s birth two years ago and saw her draw that first breath.

Every day, his daughters looked up at him with wide, guileless eyes. And every day, he felt that punch in the gut. A fear that he couldn’t live up to the trust he saw there. That somehow, someway, he would fail them. Not in the way his own father had failed him. But in some other, fundamental way.

And that’s exactly what happened.

He thought of Rory, that fucker who’d taken his child. Of Nikki, broken and huddled in the closet with a blade, blood streaming down her fair skin, cutting for the first time in years. The first time since he’d demanded that she come to him—to him—when she needed the blade.

So many times, she’d done exactly that. Gone to him when the burden of the world had been too much to bear. When she needed the pain to find her way back. And he’d always been there for her, his need as potent as hers. Because he had to be the one to take her there. To slide down with her into that sweet place where sensual pleasure crossed over into pain. Where need and desire meshed, merging into euphoria. Where they could both cling to that one small measure of control in a world that was spinning off its axis.

How many times had they saved each other? Their needs meshing as perfectly as their desire?

How many times had he held her close as they fought their demons together? And yet this time—when the worst parts of hell had swallowed them whole—she hadn’t come to him. Instead, she’d put a razor-sharp length of stainless steel against her own flesh, and she’d drawn her own blood for the first time in years.

All because he’d failed her. Because it was his mistakes that spawned the demons.

Because for the first time in their relationship she hadn’t trusted him to save her. And why should she, when he’d already failed so spectacularly?

He thought of that. Of the scars on her legs. Of the fresh wound that mocked him still.

He thought—and his stomach twisted with pain and self-loathing.

Mostly, he thought of Anne. His precious girl, who’d been alone and scared for days.

They’d gotten Anne back. They’d talked about Damien’s choices. The risks he’d taken to find their daughter and her kidnapper. They’d worked it out, and they were back on keel. And he knew in his gut that Nikki was strong enough to survive the whole ordeal.

But that didn’t change the simple, basic truth.

Roughly, he massaged his palms over his face, then looked again at his girls, curled up together, safe and asleep.

For now, at least.

But for the first time in a long time, Damien felt as if the shadows that had plagued his past had returned to haunt him, bringing harsh recriminations and fresh dangers.

He squared his shoulders, steeling himself. He was strong. More than that, he had resources. He had means. And he damn well had the determination to keep those encroaching horrors at bay.

Most of all, he had a life—a family—worth fighting for.

He was fucking Damien Stark. 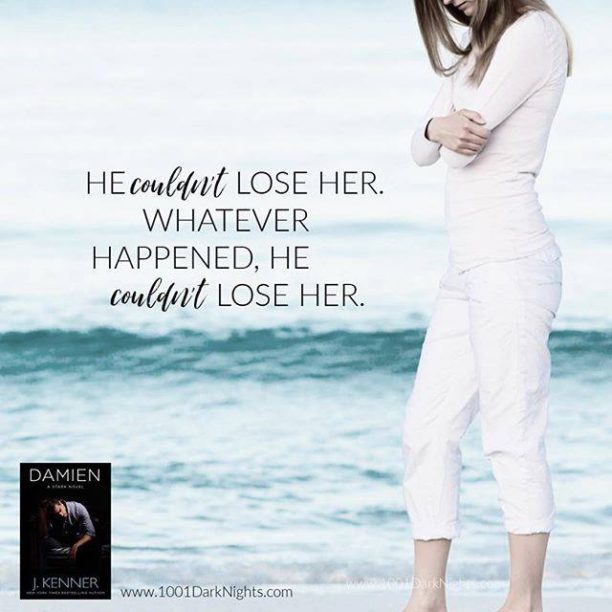 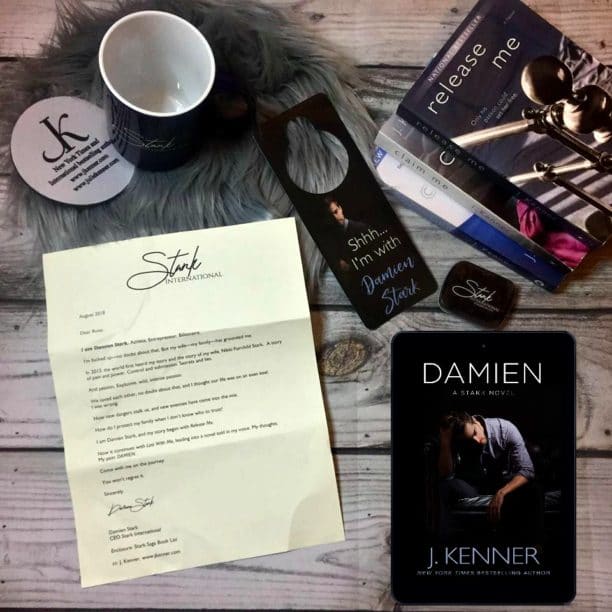