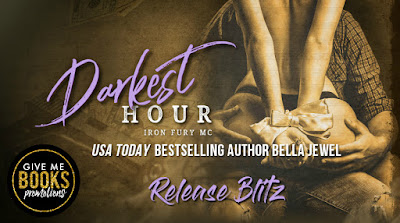 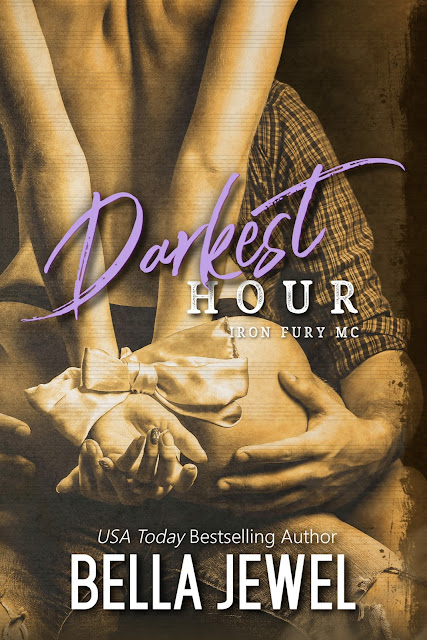 From the second you're born, the shaping begins.
Who you are.
Who you’ll become.
Where your life will lead.
What kind of heart you’ll have.
If you’ll be good, or bad.
From your very first breath, those around you influence everything about you.
I was influenced by the worst. By a monster. A cold hearted, soulless man.
The devil himself.
But I got away.
I started fresh.
I reshaped my broken edges to resemble something just a little normal.
Only now, my past is catching up with me.
My demons have returned.
And they’re back with a vengeance.
The only protection I have is a Motorcycle Club.
I helped them. Now they’re helping me.
With a large hit on my head, I’m hustled into the mountains with one very broody, very angry, very gorgeous biker.
He has a mission. A secret bigger than even mine.
And he wants the blood of the monster after me.
He’s been assigned to protect me.
He gets on every nerve I have left.
The tension between us is high.
And we’re stuck alone.
In the middle of the wilderness.
Things are about to get...interesting. 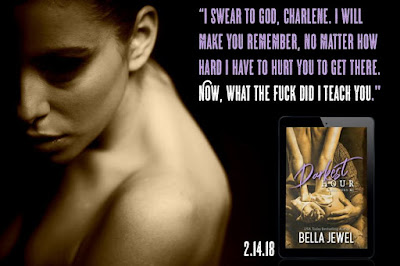 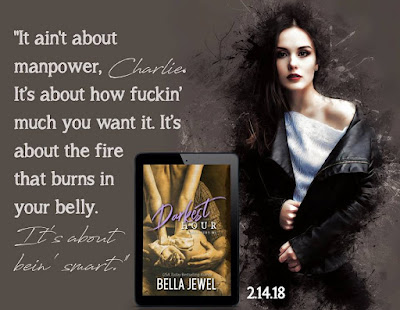 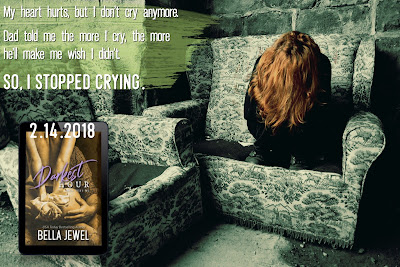 "I like the way your smile hits me right in the heart."

I'm addicted to badass bikers and broken characters. Bella Jewel never fails to deliver both when she writes MC Romance. I've enjoyed her books when she writes other sub-genres, but I confess there's just something about the alpha caveman way her bikers talk, saying so much with so few words, that just does it for me. I was very excited to read Darkest Hour and learn Koda's secrets, even ones that not even his brothers know.

It's amazing that Charlie is still capable of caring after what she's suffered in her short life. It's not like she's had much experience on the receiving end of it. Being raised by a monster takes a toll. The darkness starts taking over and the light is hidden. After only a brief breath of fresh air, the darkness comes calling again and she finds herself in the care of a broody biker. He's been assigned to protect her, but he's not happy about it and makes it very clear.

The tension is intense between these two as they are locked away in the wilderness together. They act like they hate each other, but this reader is leaning toward that old adage about there being a fine line between love and hate. See, I have an inside track since I'm reading from both of their POV's. I see what they're saying to each other, but I'm also reading what they are thinking about each other. And let's just say that burning is involved. One minute they condemning each other to hell, and in the next minute they are burning with lust for each other.

The author treated me to an alternating present/past scenario to bring me up to speed as to what caused both Koda & Charlie's current state of damage. And I must say, it's amazing they are still functioning after everything they've been through. It's no wonder they seem to connect with each other. "We are both so incredibly broken, so incredibly damaged by our past, but mostly we hold blame, and guilt, and an emptiness not many can understand." But will they allow themselves to find comfort in each other? Will they find the strength to trust again and hope for something more than merely surviving? Will Charlie forgive him when she finds out what he's hiding from her? Will she allow him to slay her monster, or will she claim that prize for herself?

I'm very happy to report that this isn't the end of the Iron Fury MC series. I've counted at least three more single brothers that need to find a woman, and you never know when a new member will be added. I can only hope there will be many more installments in this series. I can't wait for the next one. The line forms here... 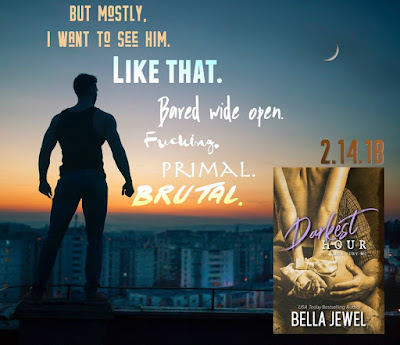 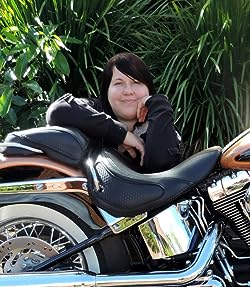