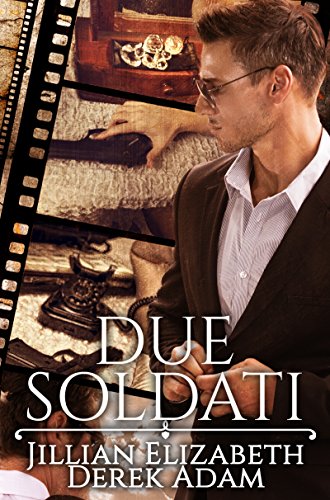 Carter Avery is a by-the-book detective for Detroit and surrounding Wayne County. Known for his cunning and eagle eyes on the crime scene, he’s assigned to decipher a string of unusual murders that will test his skill, and that of his new partner, Nick Farzo. In a city wrought with political corruption and organized crime, these two white-knight detectives will stop at nothing to put the offenders behind bars.

That is, until an outside influence delivers an ultimatum to the city of Detroit on the eve of Devil’s Night, where a record number of arson outbreaks plague the city annually. When entire fire crews start turning up dead, and the women closest to Nick and Carter come under fire, these two soldiers may have to loosen their moral code to put their target down.

Derek and Jillian have a hit on their hands with this one! It's edgy, suspenseful, and throw in some comedic relief. These two are a dynamic duo when it comes to writing. I couldn't put it down! I had to know what was going to happen. This book could be read as a standalone, but I recommend reading Mass Causality first to gain some understanding of the characters.

Carter is a detective on a mission to solve a case that is turning up more dead bodies than he would like for the city he loves. He comes off like a bad a$*, but underneath all that armor is a guy with a heart and a little sense of humor.

Nick is a detective and also Carter's partner. He was a trained EMT, but choose to switch to being on the force. Nick is hilarious and loves to push Carter's limits.

Carter and Nick first meet when Nick is assigned to be Carter's new partner. Carter is know for being tough to work with and Nick will find a way to break him of it. Nick uses his ability to poke fun at things to ease some of the tension coiled up inside Carter. The case they are working on proves to a difficult one and the body count is growing by the day for them. Carter and Nick will stop at nothing to put an end to it.

This book was incredible to watch unfold! I loved so much it, mostly Nick and Chantal's romance build during such a hard time. These two authors are going to go far and this book solidified it. So proud of Jillian and Derek!

“WOW where to start, This book was not my usual pick for reads, However it blew my mind, made me laugh way to hard way to0 many times, #Touchmybutt always gets in somewhere, so many funny scenes and banter.  Action packed mystery, thriller, romance with a scene you won't ever forget for years to come” - Amber (GoodReads)

“Absolutely loved this book! I didn't want to put it down!” - Sabrina (GoodReads)

“I loved the Detectives banter. Nick and Carter are something else and will have you laughing a few times with the things they say. This book is amazing… had it all the drama, the blood, sexy scenes, sexy banter, the mystery of solving who is behind it all ... It has the complete package that makes you glued to the book until the very end and take you for a ride.” - Becky (GoodReads)

“This story goes so much deeper than just a crime, murder /mystery..It has passion, regret, mixed emotions, steamy hot sex scenes, and action all packed into an amazing story where two soldier's ( Due soldati) are faced with obstacles and trials on making the right decisions.. whether it be by the books, or gut instinct..” - Megan (GoodReads)

“The pace is furiously fast... The main characters are complex and the relationship between Carter and his new partner Nick is beautifully composed... Detroit, itself, also plays a role and sets the gritty, dark, and dangerous tone.” - Ingrid (GoodReads)

“Due Soldati by Derek Adam & Jillian Elizabeth is a roller coaster read. This book has everything a reader is looking for; mystery, steamy scenes, drama, ups and downs, and heartbreak. The way it is written makes it feel as if you are right there taking it all in as it happens. It made me laugh, cry, want to throw it, but lastly, I read it one sitting as I could not put it down.” - Coffeemom (GoodReads)

Derek Adam is a retired Emergency Medical Professional and has been a lover of telling stories his entire life, having made the transition from “filthy liar” to “sexy author” about the same time silver hairs started showing up in his face (and other places.)

In the early days, he attempted to write science fiction and high fantasy, but discovered it was more fun to write about people touching other people’s tingle-places (smut is cool.) while mixing in action, explosions, and plenty of WTF moments.

He’s also a gamer, gym rat, snow hater (despite living in Michigan), life liver, stunt double for Hulk, and he considers himself to be aggressively unfancy. 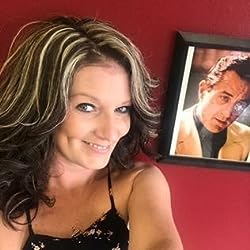 Jillian Elizabeth is a new author, with her debut book having launched July 22nd, 2017. Jillian is an avid reader herself and has honed in her love for reading over the last few years as a proofreader. She enjoys spending time with her two teenage daughters, spending time with friends, and runs a Preschool and Childcare Center with her family.

Taking on writing was something totally new and with a push from her family and friends decided to give it a try.

When she isn't writing, you can find her reading other close friend’s books and just loving life.