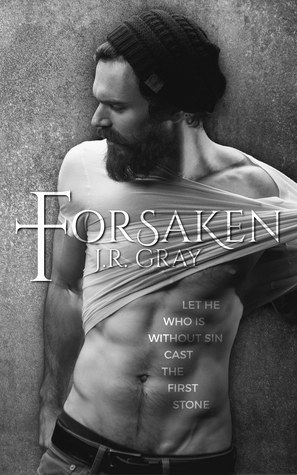 Titus has lived and breathed religion his entire life, tucked away from the rest of the world in a compound in northern Wyoming. He’s destined to be the next leader of the church, deemed so by the Prophet.  God spoke and with His word He created. But God made a mistake. Titus isn’t worthy. He was born sick and it’s solidified when he rescues the most beautiful man he’s ever seen.

Torn between fidelity to his faith or his soul, Titus must reconcile the two parts of himself before he’s discovered hiding among the chosen. 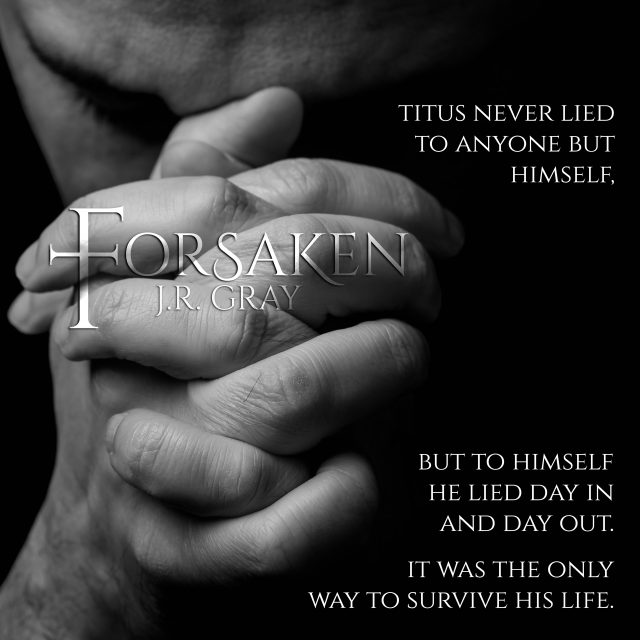 It would take the guy at least a full day, maybe two, to make it to the next city, if not more. Titus noticed his face was swollen and bruised. His high cheekbones were dark, and it looked like he hadn’t slept well in weeks. One of his eyes was blackened, making it hard for Titus to even see his eye color. Some of the strands he’d missed when he’d pulled his hair back covered his face and probably more bruises. He had a bit of scruff on his jaw, not quite a beard, but more than a few days’ worth. There were even bruises trailing down his neck and the visible parts of his arms. He’d been in a fight. A fight he’d lost.

He shoved both hands into his hair. “I’m so screwed. I don’t have a phone. My camera.” He looked like he was going to cry. “They took everything.” He felt his pockets and seemed slightly relieved to find his wallet.

“Let me give you a ride.” Titus couldn’t stop staring. The guy could have been sculpted out of marble. Titus still wasn’t sure he was real. Everything in him told Titus he should walk away, not get involved. That if he stayed, this person might change the entire course of his life. But he couldn’t leave the stranger alone. He was too beautiful, and Titus let curiosity get the better of him. He had to know why the guy was out here. He had to at least offer assistance. He’d never be able to forgive himself if he left him out here to die.

He told himself he was just doing what Jesus would do, but it was a lie. Titus never lied to anyone but himself, but to himself he lied day in and day out. It was the only way to survive his life. The ache in Titus’ chest spread. 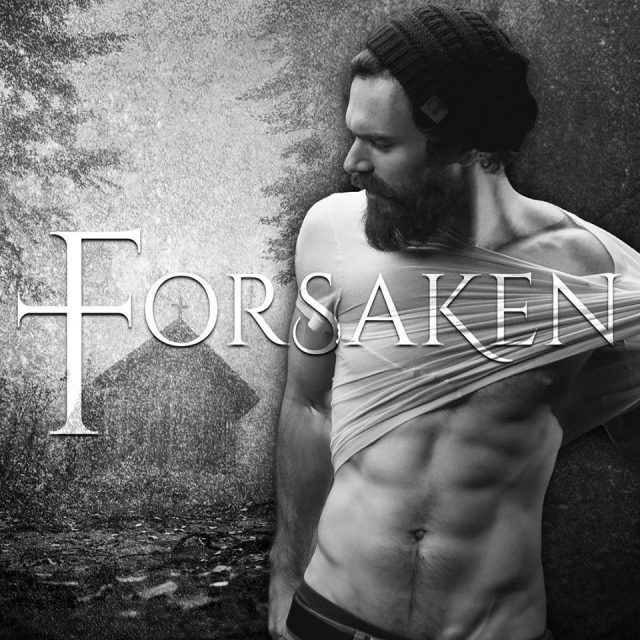 It has been a long time since I have struggled to write a review for a book. This is the third book by Gray that I have had the opportunity to read. Talk about an emotional, gut-wrenching read in my honest opinion. Part of me felt as if bits and pieces of this story were about the author's life as he was growing up, you will understand better once you pick up a copy and read the author's note at the front of the book. I am of the opinion that everyone is allowed to love who they want to love. I know I am one of the most open-minded people that I know. Who one chooses to love, has nothing to do with me and as long as all parties are happy and no one is harmed, then everyone should be allowed to find that one special someone that they want to spend their life with. I am by no means a spiritual person and this book delves into some aspects of the main characters spiritual life and how he has had to suppress what he feels and desires because he has to conform to what others want from him. No one should have to do this.

In today's day and age, the way people choose to live is literally that, their choice. But, there are times when people are brainwashed to believe and act in a certain way. This is something that Titus, the male lead character has had to deal with his entire life. Not all religious sects are bad, and not all of them practice in the same way (living isolated from the rest of the world). We are all allowed to choose our own spiritual and religious path, no one should force us or choose one for us. In Titus' case, he was born into the Lambs of God. He is to be the leader or Prophet when his grandfather passes. He will have to continue to live a life that he does not feel connected to. He has been taught to suppress the urges that he has and has to do penance for that. While out working one day he literally trips over a beaten and broken man, laying on the side of the road. Wanting to do the right thing and be a good Samaritan. He knows that taking Angel home to the compound is not the smartest move, but the man needs help and Titus feels drawn to him. Having Angel so close is going to test him more than he ever knew.

Can Titus find happiness, something that he has wanted for so long and still be able to keep his spiritual and religious beliefs intact? Can he find a way to free himself from the chains that hold him down? Will Angel be able to show him what it is that he has been missing in his life or with their lives be threatened by the mere fact that they have a bond so strong that it isn't what is considered normal?

I was sucked in from the blurb alone. Forsaken is a gut-wrenching, emotional, heartfelt read. I could not put it down. If you are looking for an amazing afternoon read that will have your heart and head running a marathon of emotions, then this is the book for you. My heart is still trying to recover from this one. J.R. Gray is an amazing writer, his characters come to life within the pages of the book and I felt like I was there with them. The storyline is very believable as are the characters...a must read in my opinion! 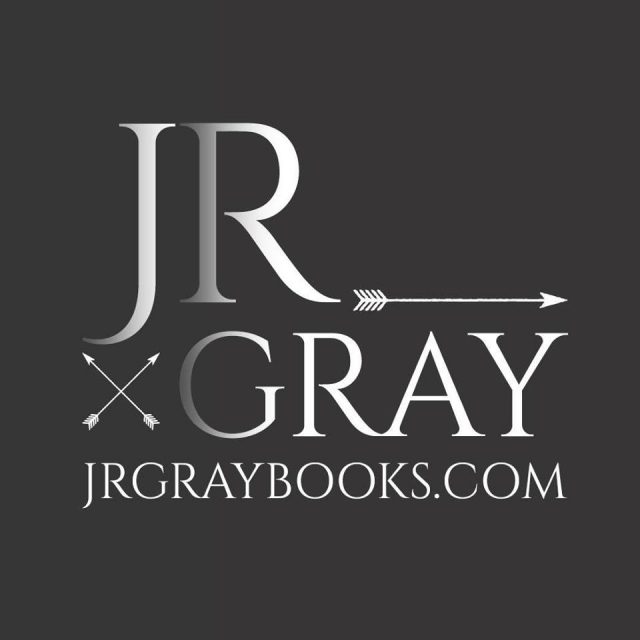 When not staying up all night writing, J.R. Gray can be found at the gym where it's half assumed he is a permanent resident to fulfill his self-inflicted masochism.

A dominant and a pilot, Gray finds it hard to be in the passenger seat of any car. He frequently interrupts real life, including normal sleep patterns and conversations, to jot down notes or plot bunnies. Commas are the bane of his existence even though it's been fully acknowledged they are necessary, they continue to baffle and bewilder.

If Gray wasn't writing…well, that's not possible. The buildup of untold stories would haunt Gray into an early grave, insanity or both. The idea of haunting has always appealed to him.