The Funeral Flower by Michelle Jester 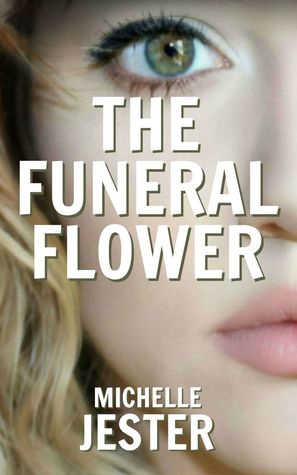 Devastated by the death of her grandfather, six-year-old Kelly Rodgers barely manages to cope with the profound loss. Already facing issues at school, she finds herself spiraling deeper into despair, when a fateful interaction through the fence in her backyard gives her hope. In the years following, Kelly realizes that life’s tragedies can be dealt with through acceptance; until another series of agonizing events leaves her heart in pieces.

Finding herself thrown into new surroundings, Kelly embraces her life and resolves to never fall in love. That decision is easy to keep until her junior year when she is drawn by an unavoidable attraction to the new guy, tormented James Delaney. The moment he looks up at her and smiles, her body betrays her. And he notices. She is determined to avoid him, but soon Kelly is forced to face the inevitable truth: She doesn’t want to avoid James… and he won’t let her.

Even though tragedy always follows love.

—
This book is intended for mature audiences due to critical subject matter.
Note: Due to mature content recommended for Ages 17+

From what I can gather this is Jester's debut book. It is a relatively quick read and if you are a fan of YA romance then this book is for you. For a first book. Jester did a decent job of telling the story of Grace "Kelly" and we, the reader follow her journey from the time that she is six until her early twenties. There were bits an pieces in the last half of the book that felt a little to preachy for me, but it did not deter me from finishing it. Overall, I think The Funeral Flower is a good, quick, slightly emotional read.

Kelly has just lost her grandfather, she is six and now has to learn to live without the man who meant so much to her. Her way of dealing with his death is to withdraw from lie, with the help of a counselor she is able to come out of the dark and move forward. Her life outside of home is not the easiest, she is picked on and bullied at school, something that frustrated me greatly, since this is something that constantly goes on in schools today. There was really no recourse for all the mean and hurtful treatment toward her. She never did anything to deserve the way others treated her, yet she became her peers punching bag. I heart hurt for her and the fact that she struggled to tell anyone of the abuse. As each chapter begins we get a poem that reflects on what she has dealt with and what is to come. Each year seems to get a little better for her until she meets the boy across the fence, Ty. He makes her feel good and happy. She has a reason to smile, until she is forced to move and leave Ty behind. Something she hates terribly. Kelly now has the chance to reinvent herself so to speak and make new friends as she enters high school. Life has gotten easier for her, other than her over protective mother. When Kelly catches the eye of new student James, she does everything to push him away, something that he will not agree too. Learning that James will be leaving her only makes her want to hold on tighter and hope that maybe, just maybe he will stay.

The subject matter in The Funeral Flower is emotional in my opinion. You have a young child dealing with depression, something that I can relate to, not just for myself, but for my own child. The bullying brought back memories of shit I dealt with as a youngster as well and I never said anything to anyone either. The story is all about a young girl coming of age and the choices that she makes and those that she loves. She is always feeling as if everyone leaves. Just when she starts to climb out of the black hole, she is dealt with yet another trial. I felt like there could have been more added to the story and better explanations/details to reasons why things happened the way they did in her life. There was so much going on in such a quick read that it almost left me frustrated. I wanted more when it came to the details of her mother's past. I wanted Kelly to try harder when it came to settling things with James and then when she meets Matthew my heart started to heal a little.

If you are looking for a quick, emotional, YA romance, with adult subject matter than this is the book for you. Give a new author a try and see what The Funeral Flower has to offer. 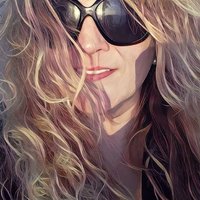 I am a hopeless romantic (I think this is the most important thing to know about me). In addition, I live in Greenwell Springs, Louisiana with my husband and high school sweetheart. Together we have a son and daughter.

Throughout my life writing and photography have been my main creative outlets. Especially when I am stressed, I know I can go to either of those things and pour out that anxiety into something good and productive.

5 Comments to The Funeral Flower by Michelle Jester