Handle With Care (Shacking Up, #5) by Helena Hunting 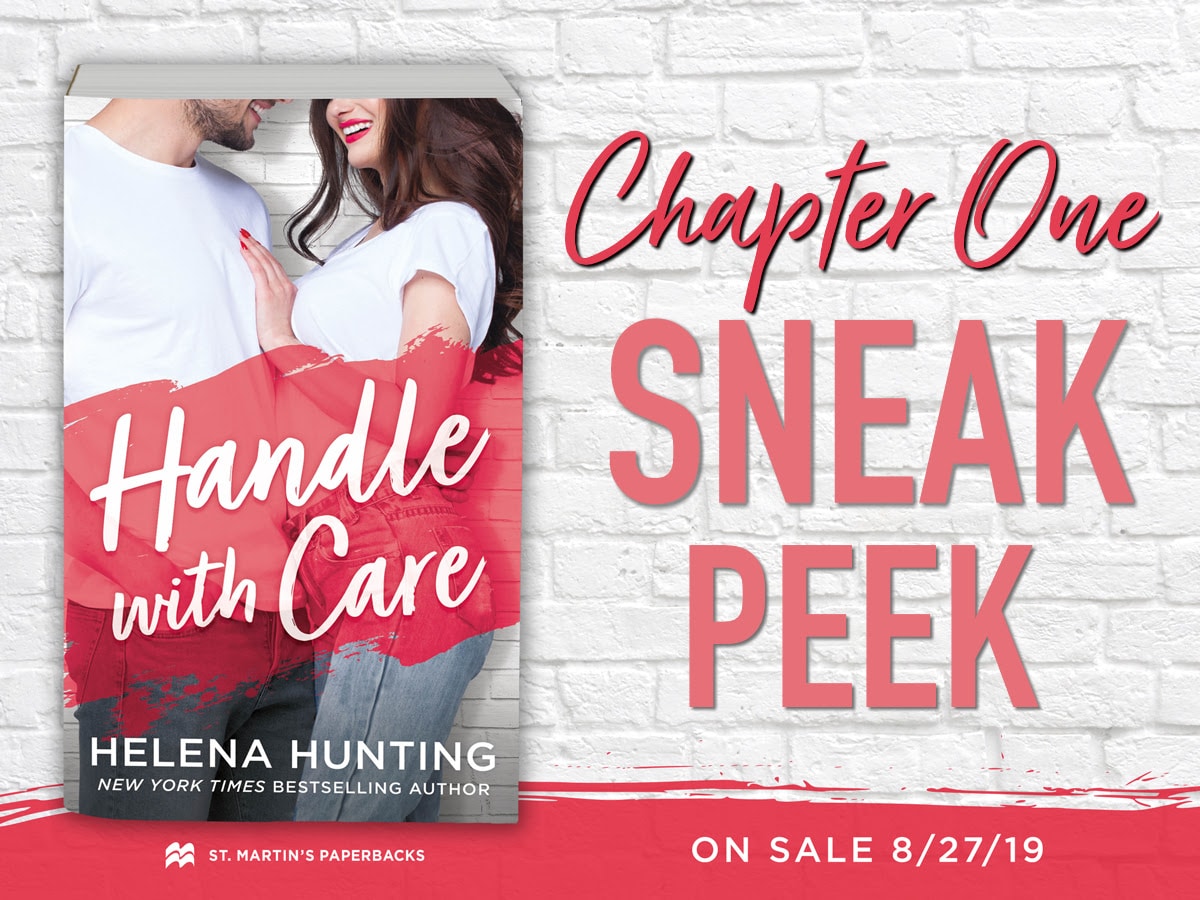 Handle With Care, an all-new romantic comedy from New York Times bestselling author Helena Hunting is coming August 27th, and we have a sneak peek! 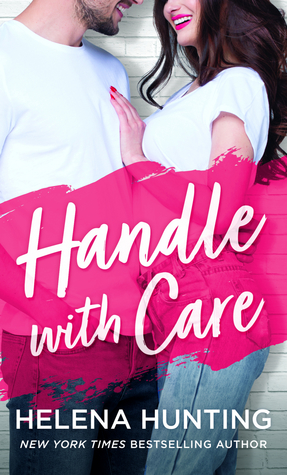 HE WANTS TO LOSE CONTROL.
Between his parents’ messed up marriage and his narcissistic younger brother, Lincoln Moorehead has spent the majority of his life avoiding his family. After the death of his father, Lincoln finds himself in the middle of the drama. To top it all off, he’s been named CEO of Moorehead Media, much to his brother’s chagrin. But Lincoln’s bad attitude softens when he meets the no-nonsense, gorgeous woman who has been given the task of transforming him from the gruff, wilderness guy to a suave businessman

SHE’S TRYING TO HOLD IT TOGETHER.
Wren Sterling has been working double time to keep the indiscretions at Moorehead Media at bay, so when she’s presented with a new contract, with new responsibilities and additional incentives, she agrees. Working with the reclusive oldest son of a ridiculously entitled family is worth the hassle if it means she’s that much closer to pursuing her own dreams. What Wren doesn’t expect is to find herself attracted to him, or for it to be mutual. And she certainly doesn’t expect to fall for Lincoln. But when a shocking new Moorehead scandal comes to light, she’s forced to choose between her own family and the broody, cynical CEO.

What Have I Gotten Myself into?

I slip onto the empty bar stool beside the lumberjack mountain man who looks like he tried to squeeze himself into a suit two sizes too small. He’s intimidatingly broad and thick, with long dark hair that’s been pulled up into a haphazard man bun thing. His beard is a hipster’s wet dream. His scowl, however, makes him about as approachable as a rabid porcupine. And yet, here I am, sidling up next to him.

He glances at me, eyes bleary and not really tracking. He quickly focuses on his half-empty glass again. Based on the slump of his shoulders and the uncoordinated way he picks up his glass and tips it toward his mouth, I’m guessing he’s pretty hammered. I order a sparkling water with a dash of cranberry juice and a lime.

What I could really use is a cup of lavender-mint tea and my bed, but instead, I’m sitting next to a drunk man in his thirties. My life is extra glamorous, obviously. And no, I’m not an escort, but at the moment I feel like my morals are on the same kind of slippery slope.

“Rough day?” I ask, nodding to the bottle that’s missing more than half its contents. It was full when he sat down at the bar an hour ago. Yes, I’ve been watching him the entire time, waiting for an opportunity to make my move. While he’s been sitting here, he’s turned down two women, one in a dress that could’ve doubled as a disco ball and the other in a top so low-cut, I could almost see her navel.

“You could say that,” he slurs. He props his cheek on his fist, eyes almost slits. I can still make out the vibrant blue hue despite them being nearly closed. They move over me, assessing. I’m wearing a conservative black dress with a high neckline and a hem that falls below my knees. Definitely not nearly as provocative as Disco Ball or Navel Lady.

“That solving your problems?” I give him a wry grin and tip my chin in the direction of his bottle of Johnnie.

His gaze swings slowly to the bottle. It gives me a chance to really look at him. Or what I can see of his face under his beard, anyway.

“Nah, but it helps quiet down all the noise up here.” He taps his temple and blurts, “My dad died.”

I put a hand on his forearm. It feels awkward, and creepy on my part since its half-genuine, half-contrived comfort. “I’m so sorry.”

He glances at my hand, which I quickly remove, and refocuses on his drink. “I should be sorry too, but I think he was mostly an asshole, so the world might be better off without him.” He attempts to fill his glass again, but his aim is off, and he pours it on the bar instead. I rush to lift my purse and grab a handful of napkins to mop up the mess.

“Well, I’m thinking that might’ve been the plan, considering the way you’re sucking that bottle back. I’m actually surprised you didn’t ask for a straw in the first place. Might be a good idea to throw a spacer [CD3] in there if you want tomorrow morning to suck less.” I push my drink toward him, hoping he doesn’t send me packing like he did the other women who approached him earlier.

He narrows his eyes at my glass, suspicious, maybe. “What is that?”

“No booze. Go ahead. You’ll thank me in the morning.”

He picks up the glass and pauses when it’s an inch from his mouth. His eyes crinkle, telling me he’s smiling under that beard. “Does that mean Imma wake up with you beside me?”

I cock a brow. “Are you propositioning me?”

“Shit, sorry.” He chugs the contents of my glass. “I was joking. Besides, I’m so wasted, I can barely remember my name. Pretty sure I’d be useless in bed tonight. I should stop talkin’.” He scrubs a hand over his face and then motions to me. “I wouldn’t proposition you.”

I’m not sure how to respond. I go with semi-affronted, since it seems like somewhat of an insult. “Good to know.”

“Dammit. I mean, I think you might be hot. You look hot. I mean attractive. I think you’re pretty.” He tips his head to the side and blinks a few times. “You have nice eyes, all four of them are lovely.”

This time I laugh—for real—and point to the bottle. “I think you might want to tell your date you’re done for the night.”

He blows out a breath and nods. “You might be right.” He makes an attempt to stand, but as soon as his feet hit the floor, he stumbles into me and grabs my shoulders to steady himself. “Whoa. Sorry. Yup, I’m definitely drunk.” His face is inches from mine, breath smelling strongly of alcohol. Beyond that, I get a whiff of fresh soap and a hint of aftershave. He lets go of my shoulders and takes an unsteady step back. “I don’t usually do this.” He motions sloppily to the bottle. “Mostly I’m a three drink max guy.”

“I think losing your father makes this condonable.” I slide off my stool. Despite being tall for a woman, and wearing heels, he still manages to be close to a head taller than me.

“Yeah, maybe, but I still think I might regret it tomorrow.” He’s incredibly unsteady, swaying while standing in place. I take the opportunity for what it is and thread my arm through his, leading him away from the bar. “Come on, let’s get you to the elevator before you pass out right here.”

He nods, then wobbles a bit, like moving his head has set him off balance. “That’s probably a good idea.”

He leans into me as we weave through the bar and stumbles on the two stairs leading to the foyer. There’s no way I’ll be able to stop him if he goes down, but I drape one of his huge arms over my shoulder anyway, and slip my own around his waist, guiding him in a mostly straight line to the elevators.

“Penthouse.” He drops his arm from my shoulder and flings it out, pointing to the black doors at the end of the hall. “Jesus, I feel like I’m on a boat.”

“It’s probably all the alcohol sloshing around in your brain.” I take his elbow again, helping him stagger the last twenty feet to the dedicated penthouse elevator.

He stares at the keypad for a few seconds, brow pulling into a furrow. “I can’t remember the code. It’s thumbprint activated though too.” He stumbles forward and presses his forehead against the wall, then tries to line up his thumb with the sensor, but his aim is horrendous and he keeps missing.

I settle a hand on his very firm forearm. This man is built like a tank. Or a superhero. For a moment, I reconsider what I’m about to do, but he seems pretty harmless and ridiculously hammered, so he shouldn’t pose a threat. I’m also trained in self-defense, which would fall under the by any means necessary umbrella. “Can I help?”

Read the rest of Chapter One: http://bit.ly/2ZBt0RL 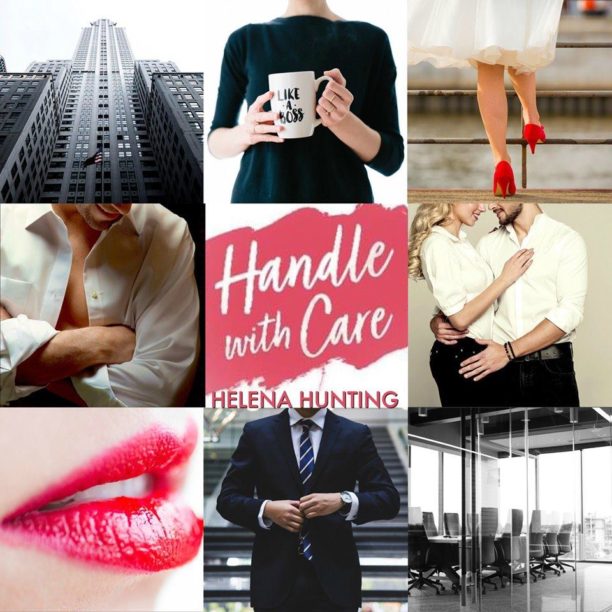 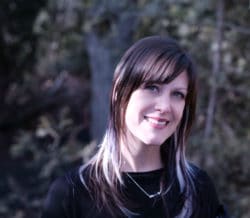 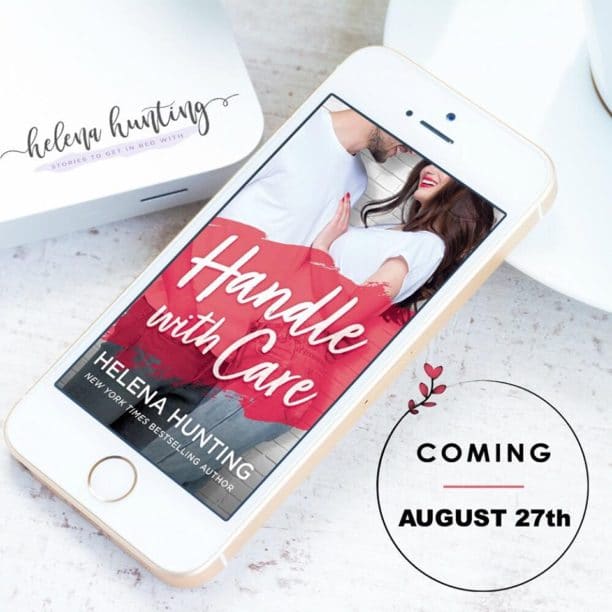