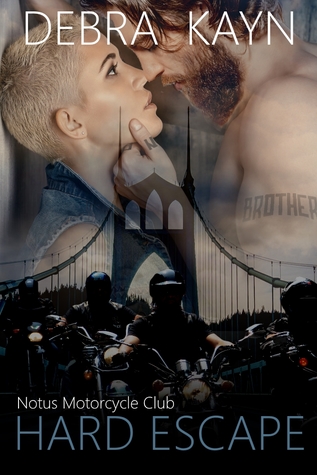 He leads. She follows.
She might have Stockholm Syndrome.

Heidi Lundin has lost her name, her identity, and her past. She’s just another homeless person trying to make it through the night. Until the biker from Notus Motorcycle Club keeps saving her and won’t let her drift back into the shadows.

One moment brings her out into the light, and the people she desperately tried to protect are in danger again.

Glen suspects the woman he caught stealing his wallet and sleeping in the alley behind Vavoom’s Bar isn’t telling him the truth. As a member of Notus Motorcycle Club, he searches for missing persons in partnership with the local police department all the time. Not once has he ever had someone find him. Nothing prepares him for the story Heidi shares or the revelations that come from helping her.

Somewhere in their psyche, beyond their intelligence to decipher facts and know the difference between right and wrong, their love becomes uncontrollable.

—Each book in the Notus Motorcycle Club series is a standalone and can be read on its own.

Before she talked herself out of sleeping in a bed fit for a rich lady, she grabbed her backpack and tiptoed down the hallway. In front of Glen’s bedroom, she paused. He stood facing away from her and pulled his shirt off by the back of the neck. She gawked, and a hot puff of air escaped her mouth.

Broad shoulders flexed as he threw his shirt toward the other side of the room. She stopped breathing as he turned. Unable to move, she dropped her gaze to his stomach. Rock hard and tan, she could only watch the way his six-pack moved in waves and grew closer. She snapped her chin up and stared at Glen’s face. Uh oh.

“Let’s get something straight. I don’t know what the fuck is going on with you. But, if you try to lift one thing off me, I’ll have no problems hunting you down.” He inhaled through his nose. “Tomorrow, I’m going to straighten your shit out and find out what you were doing trying to sleep in an alley.”

With that, he turned around and dropped his jeans, leaving his boxers on. She stood exactly where he left her mesmerized over his tight ass until he flipped off the light and she could no longer see him.

In the dark, Glen said, “Don’t even think of leaving before I’m up.”

She stared in the direction of his bed. “I’ll leave when I want to leave.”

The lamp beside the bed came on. Glen sat up in bed, the blanket covered him to his hips. “Listen, Blue. I’m dead on my feet. I need sleep. There’s a lock on the bedroom door if you want to use it. You’ll be safe. I don’t feel like dealing with you anymore tonight. If you give a damn about whether I’m in a better mood in the morning, you’ll go take your shower and then go to sleep.”

She moistened her lips. After what seemed like a lifetime of sleeping on the ground or on the floor, a real bed sounded better than the worry over her safety around Glen. She nodded. “Okay. One night.”

“That’s all I need, and then I’ll straighten this shit out in the morning,” he said. 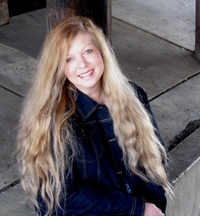 She lives with her family in the Bitterroot Mountains of beautiful North Idaho where she enjoys the outdoors, the four seasons, and small-town living.