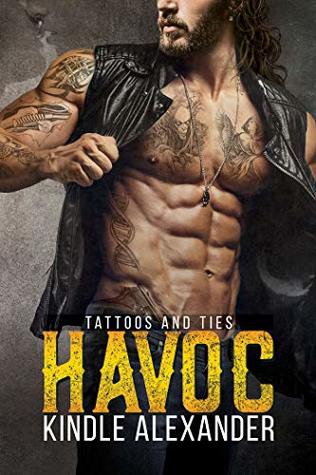 Keyes Dixon’s life is challenging enough as a full patch member of the Disciples of Havoc Motorcycle Club but being a gay biker leaves him traveling down one tough road. With an abusive past and his vow to the club cementing his future, he doesn’t believe in love and steers clear of commitment. But a midnight ride leads to a chance meeting with a sexy distraction that has him going down quicker than a Harley on ice.

Cocky Assistant District Attorney Alec Pierce lives in the shadow of his politically connected family. A life of privilege doesn’t equal a life of love, a fact made obvious at every family gathering. Driven yet lonely, Alec yields to his family’s demands for his career path, hoping for the acceptance he craves. Until he meets a gorgeous biker who tips the scales in the favor of truth and he can no longer live a lie.

Can two men from completely different worlds…and sides of the law…find common ground, or will all their desires only wreak Havoc?

While Havoc is a stand-alone with no cliffhanger, the story continues early 2019. 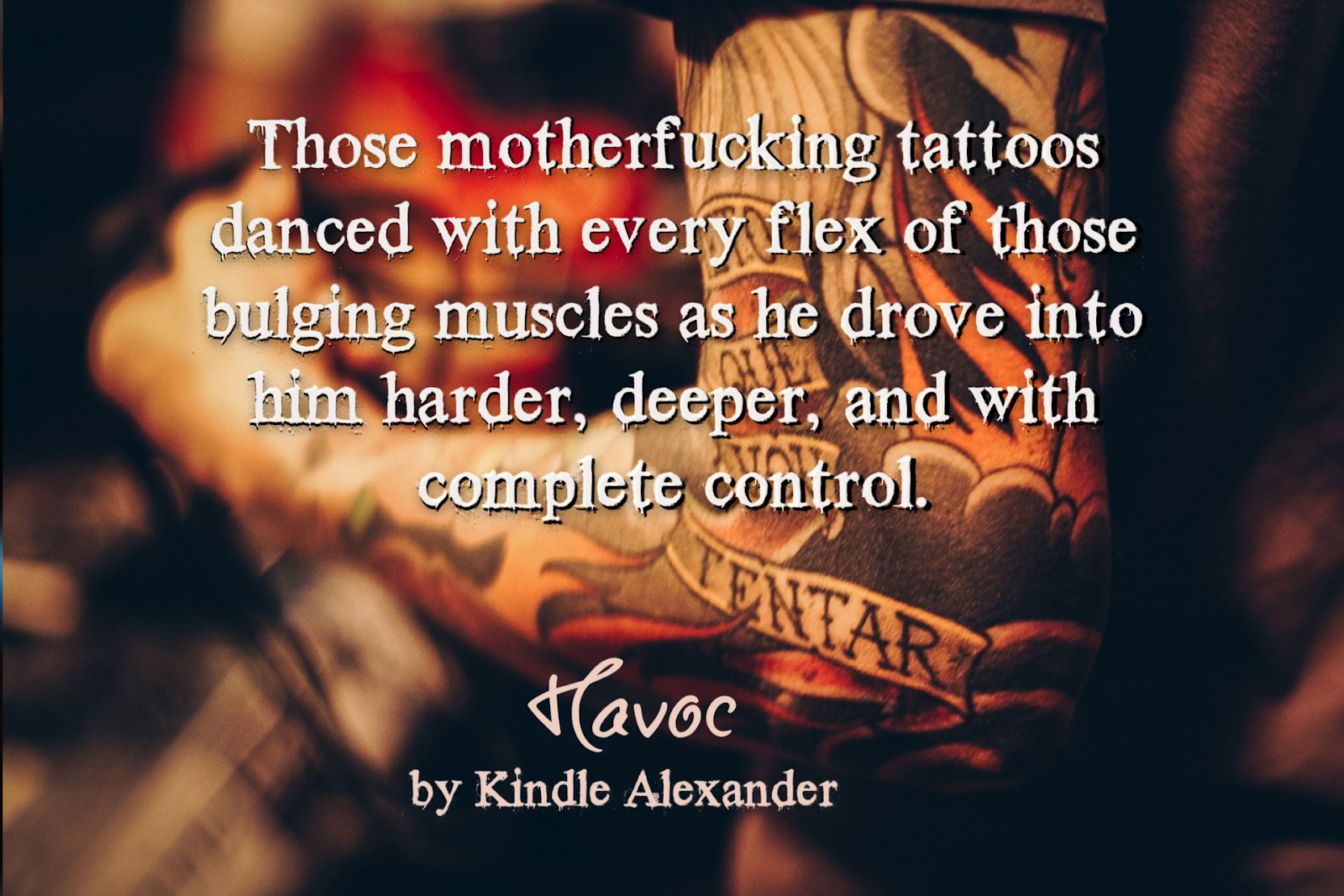 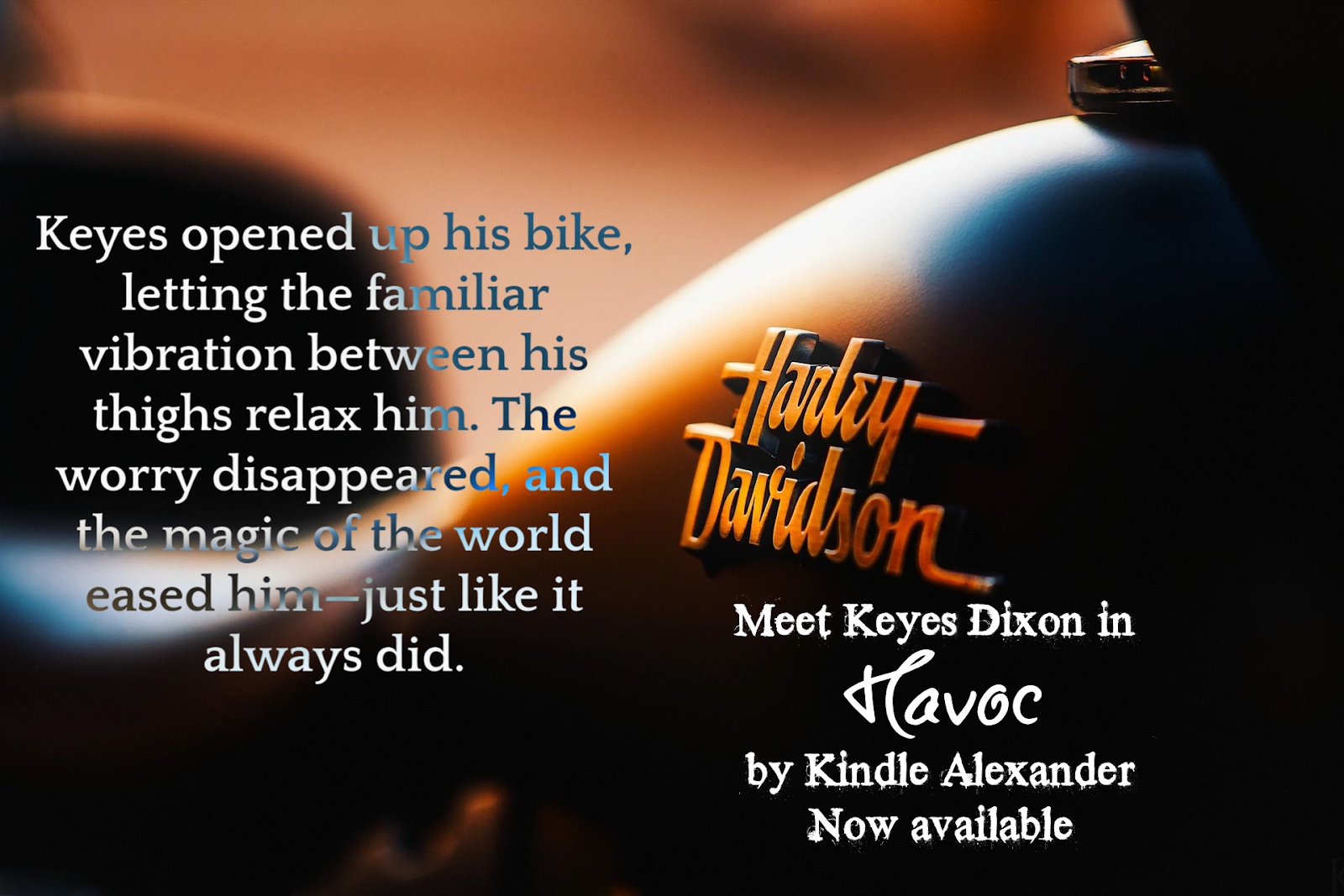 "They hid. Alec behind his tailored suits and Keyes behind his gruff tattooed exterior."

That synopsis had me too intrigued to pass up a chance to read about an outlaw and a lawyer. You can't get more #OppositesAttract than that, right? One wears tattoos and the other wears ties. "Alec was light, and Keyes just...wasn't.

The authors pushed my buttons, targeting my addiction to badass bikers and broken characters. Keyes and Alec pulled my heartstrings as they shared their pain with me. Being inside their heads was heartbreaking as they relived past hurt and present obstacles. They are both hiding something, though being gay isn't their secret. They've been surviving, but not living, their hopes and dreams seeming impossible. Being a patched member of the Disciple of Havoc MC pretty much guarantees Key is the opposite of 'law and order.'

When using their big heads they knew a future together was impossible, but tell that to their "instinctual connection of lust fueled by desire." They fought it, but that connection kept pulling them toward each other. As situations beyond their control kept pushing them toward an outcome that would be bad for everyone I gnawed my nails to nubs worrying about them.

It wasn't until I turned the last page that I realized this was a series and I would have to wait for (Tattoos & Ties, #2) to get my answers. The line forms here... 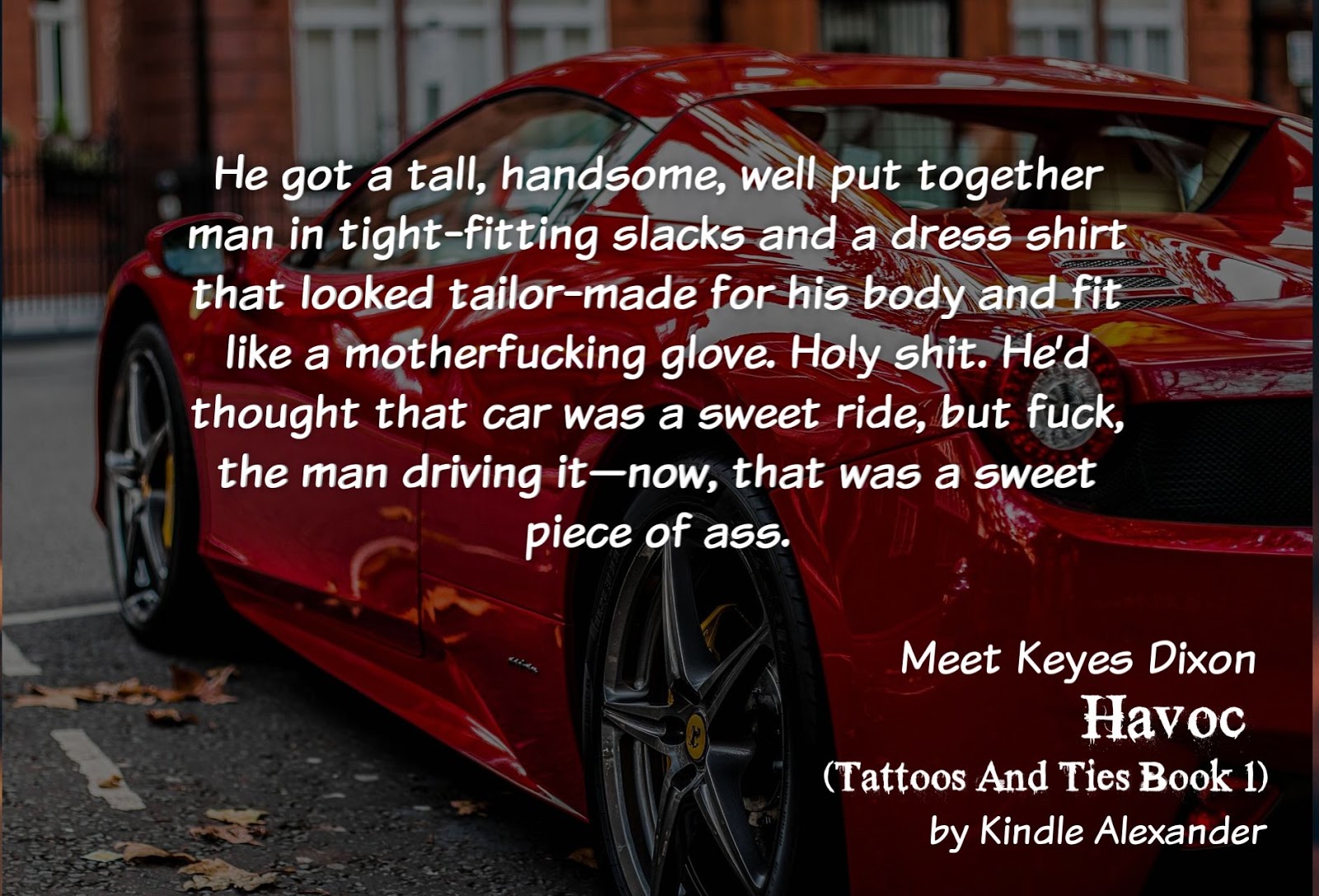 Best Selling Author Kindle Alexander is an innovative writer, and a genre-crosser who writes classic fantasy, romance, suspense, and erotica in both the male/male and male/female genres. It's always a surprise to see what's coming next!

Usually, I try for funny. Humor is a major part of my life - I love to laugh, and it seems to be the thing I do in most situations - regardless of the situation, but jokes are a tricky deal... I don't want to offend anyone and jokes tend to offend. So instead I'm going to tell you about Kindle.

I tragically lost my sixteen year old daughter to a drunk driver. She had just been at home, it was early in the night and I heard the accident happen. I'll never forget that moment. The sirens were immediate and something inside me just knew. I left my house, drove straight to the accident on nothing more than instinct. I got to be there when my little girl died - weirdly, I consider that a true gift from above. She didn't have to be alone.

That time in my life was terrible. It's everything you think it would be times about a billion. I love that kid. I loved being her mother and I loved watching her grow into this incredibly beautiful person, both inside and out. She was such a gift to me. To have it all ripped away so suddenly broke me.

Her name was Kindle. Honest to goodness - it was her name and she died a few weeks before Amazon released their brand new Kindle ereader. She had no idea it was coming out and she would have finally gotten her name on something! Try finding a ruler with the name Kindle on it.. It never happened.

Through the course of that crippling event I was lucky enough to begin to write with a dear friend in the fan fiction world of Facebook. She got me through those dark days with her unwavering support and friendship. There wasn't a time she wasn't there for me. Sometimes together and sometimes by myself, we built a world where Kindle lives and stands for peace, love and harmony. It's its own kind of support group. I know without question I wouldn't be here today without her.

Find out more by visiting www.kindlealexander.com or email me at [email protected] 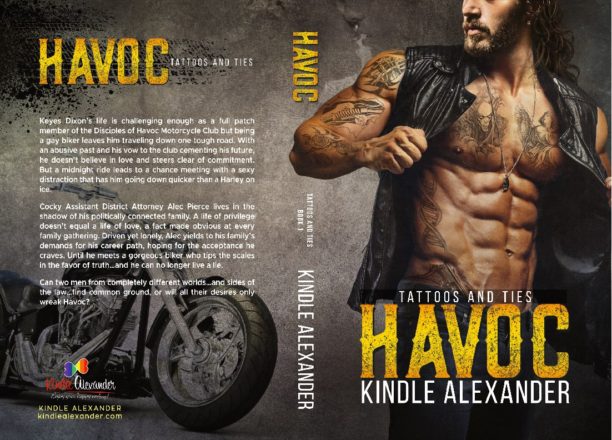 One Comment to Havoc (Tattoos and Ties, #1) by Kindle Alexander