Get ready to fall in love with this new standalone sports romance from New York Times bestselling author Kim Karr.

Hot. Arrogant. Too sexy for words.

I’m an athletic intern, and the coach’s daughter.

The NFL is full of rules. Rules I’ve never broken. Never challenged. Never even scratched—until the day Lucas Carrington crashes into my life with his hard body and I-don’t-give-a-f*ck attitude.

After I almost injure my father’s star player, I volunteer to make sure he’s in top shape. At first, it’s hell. I don’t like his attitude, his cockiness, his easy smile. Don’t like the way he oozes sex. Or how his penetrating eyes follow me everywhere.

That doesn’t stop me from wanting him.

He’s meant to be a distraction—something to occupy my mind for these precious few remaining hot summer nights before I’m forced to leave football behind forever.

I know what we’re doing will lead nowhere good. I know we’re crossing the line. And I know my father will never understand.

None of that matters.

But maybe it should.

Rules aren’t meant to be broken.

I can honestly say that this is the first book that I have read by Kim. I know, I know, shake your heads and curse me under your breath. I have several of her books on my never-ending TBR and just have not had the chance to get to them yet, well that is all about to change. The Hail Mary pass has been thrown and hot damn...Touchdown with this book! I am hooked on her writing style and the characters and storyline sucked me in. The cover is all sorts of sexy and boy does it catch the readers eye, but the blurb alone is enough to sell this book. I am a sucker for a good sports romance as those who read and follow my reviews know. And Hot Stuff is just that HAWT! It does not disappoint and keeps you flipping page after page to see what comes next.

Gillian Whitney, eats, breathes, thinks and sleeps football. She is finishing up the last of her internship with her father's team. Not afraid to go above and beyond her job requirements she nearly sidelines the newest quarterback for the Bears, before he even has a chance to play. What she wasn't expecting was Lucas Carrington to be so full of himself. The arrogant, sexy, demanding, cocky man has her flustered. Now she finds herself sneaking around as she tries to make sure that Lucas is healed enough to play. What starts out as a friendship, quickly becomes something more. The fire between them burns hot, hot, hot and just when they think they have everyone fooled, they are caught.

Will Lucas and Gillian be able to handle the fallout from being found-out or will the fire that has been building between them become something more meaningful than they both expected? If you are looking for a sexy, funny, frustrating at times, hot romance, then Hot Stuff is the book for you. Well written and engaging and sexy as sin. Kim Karr has gained yet another fan!

I wasn’t in a hurry.

Yet I walked as fast as I could across the grounds.

When I found myself inside the large brick building and heading down the hall to the training room, my palms began to sweat. After I wiped them on my gym shorts, I unlocked the door and scolded myself for being nervous.

I could do this.

I could absolutely be in the same room as a hot guy with ripped abs, sinewy muscles, and broad shoulders.

I’d been around men like that my entire life.

So what made him different?

I had no idea. All I knew was my pulse raced when I thought of his strong arms. His firm pecks. His hard body. His rugged good looks.

It was dark inside the room, no one was here yet, and I took a moment to breathe deep before flicking on the lights and then emptying my bag.

This room was about half the size of the Bear’s Training Room in Chicago, but it was still state-of-the-art. Remodeled a few years ago, it had been designed with the Bears’ needs in mind.

I jumped, turning to see Lucas in the doorway.

His blue gaze practically drank me in and instantly I felt my nipples harden. I was wearing a tank top and feared their protrusion was more than evident. It was just so hard not to notice how gorgeous he was. Even in his grungy state, there was so much raw power emanating from him. Unshaved, and his hair a sexy mess, he wore sweatpants and a Bears T-shirt. A duffle hung from his shoulder in a lopsided way, and it was the first thing I noticed about his condition.

Something about it wasn’t right, and I snapped right back into work mode.

He dropped his duffle to the ground. “Terrific.”

“No headaches, nausea, or dizziness?”

Grabbing a water bottle from the refrigerator and a heart rate monitor from the drawer, I slowly started toward him. “Less than thirty minutes, as long as everything checks out.”

His expression grew pensive. “Great. Then let’s get this over with so I can get back to what’s important.”

There was something in his tone that was off. Sure, he was being a smart-ass, but I was used to dealing with that from disgruntled players. It was their coping mechanism. There was something else going on. “This is important, Lucas.”

“Yeah, right, of course it is.” His voice was cool.

I strode past him and went directly across the hall to the weight room, where I flicked on the lights.

Lucas was obviously in a hurry because he was on my heels.

I tossed him the monitor and then pointed to the treadmill. “Strap that around your chest and then hop on.”

Okay, it sounded a little dirty.

At that, he shot me a glance, and I tossed one right back. But then I was momentarily stunned when he stripped his T-shirt off to affix the monitor to his chest. Lucas had the body of a god, and by the smug look he wore, he not only knew it, but he also knew I knew it.

Climbing onto the treadmill, he tossed his shirt over the rail. Then he pushed the speed button, and the machine roared to life.

I placed the water bottle in the cup holder in front of him. “Get to a pace you’re comfortable with, one you can sustain, and if you start to experience any dizziness or headaches, tell me right away and we’ll stop.”

With the monitoring device in my hand, I watched his heart rate increase and his blood pressure remain steady. “Then we go for the full twenty minutes.”

I ignored his comment. “No, then, although I can’t diagnosis you, I would say you are non-symptomatic.”

Giving me a nod, he drank some water from the bottle and after he’d put it back in its place, he programmed the timer. From beside him, I noticed he still appeared to have some lingering neck spasms. Not that unusual after what happened.

About ten minutes later he looked over at me. He didn’t speak around his huffing and puffing. That was fine by me because every time his abs and pecs rippled, I couldn’t stop myself from thinking about how his sweat would taste if I ran my tongue along the ridge of his ribs or around the concave cup of his belly button.

It was wrong on so many levels.

By the time eighteen minutes passed, his mouth had set into a tight, hard line of determination. Sweat had also coated his entire upper body, but it was far from disgusting.

Ridiculous as it was, I couldn’t stop flicking my gaze from the monitor to his muscled thighs and occasionally to the incredibly mesmerizing set of dimples on his back.

God was he sexy.

“Everything cool?” he asked.

No, everything was not cool.

And I was in so much trouble. 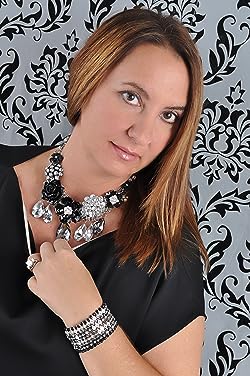