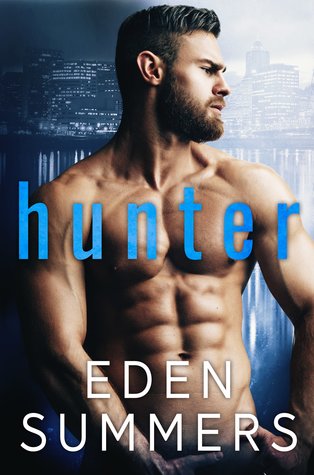 The hunter has become the hunted.

I’ve been running for ten years—fleeing my past and clawing my way toward an inescapable act of vengeance. Finally, I can taste revenge on the tip of my tongue.

Until he walks into my life, sure and strong and full of secrets.

He dilutes my thirst for retribution with his touch. He obliterates my need for solitude with his kiss. But it’s his hidden agenda that makes the hair on the back of my neck prickle.

He wants something. Something that doesn’t revolve around sweaty skin and tangled silk sheets like he’d have me believe.

I have to stop falling for him, otherwise the last ten years will all be for nothing. I need to keep running, keep fighting for vengeance, even though I know he will track me down.

But trying to escape him is just another problem. Because now I crave the hunt.

"We're two tortured souls who've found each other by chance."

I've been a fan of this author for a long time. So, when I saw she was releasing a new book, it wasn't even necessary for me to read the synopsis to know that I wanted to read it. But I was still surprised once I dove in. Hunter is unlike any of her other books I've read. It's heavy on the secrets and suspense, keeping me on the edge as I waited for answers.

The author threw me right into the action from the get-go. My brain was scrambling to catch up as the female character went through with her meticulously planned information gathering process. And I have to admit, it stayed that way throughout. I never knew what was coming next and if she would accomplish what she set out to do. It was a dangerous plan, but she wasn't worried about her safety. She didn't have anything to lose, and she'd made promises that she was determined to keep.

When she first saw him he made an impression, with "eyes that sink into me, whispering promises beyond my wildest fantasies." But she didn't have time for what he had in mind. Revenge had been her focus for 10 long years and she didn't need the distraction of his rippling muscles. She saw herself in him, the way he answered questions with monosyllables and avoided sharing any information about himself. She was good with that. She didn't need to know his life story, she just needed to know what he was hiding below the waistband of his jeans. She didn't expect it to be a gun...

The chemistry between them was intense and I could totally understand the appeal of his kind of distraction. He was deliciously alpha and made it very clear exactly what he wanted. The fact that she was used to being in charge made it even more fun as I waited for her to give in and accept what he had to offer. She and I both knew that he would have no problem getting what he wanted from any woman. But he wanted it from her...

They both have a job to do and they can't afford to let their lust get in the way. "I never meant for this shit to happen between us. I never meant to want you." While they are both so strong and determined in some areas, keeping their hands off each other isn't one of them. And I must admit that I'm very grateful for this fact as I've really enjoyed being a virtual voyeur through the pages of my Kindle. The author's pen never runs out of passion much to my delight.

I can't give you any details. Trust me, you don't want to be deprived of the journey as each layer is removed bringing you answers, along with more questions. You just have to #BENDandADAPT. The anticipation of the final showdown is addictive and makes it difficult to stop reading once you start. I really enjoyed this story and look forward to whatever the author has for us next. The line forms here... 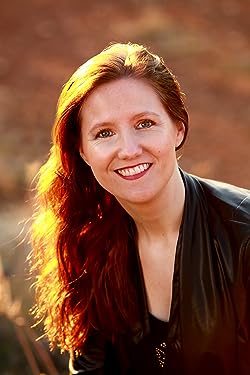 Eden Summers is a bestselling author of contemporary romance with a side of sizzle and sarcasm.

She lives in Australia with a young family who are well aware she's circling the drain of insanity.

Eden can't resist alpha dominance, dark features and sarcasm in her fictional heroes and loves a strong heroine who knows when to bite her tongue but also serves retribution with a feminine smile on her face.

A Million to Stay by Blue Saffire
The Atonement by Kiersten Modglin
Red on the River by Christine Feehan
Perfect Cowboy by A.M. Hargrove
Devoted by Marie Johnston
They Had Eyes of Silver by S E Davis
Screwed by Rebecca Wilder
Faded in Bloom by Julia Wolf
Briana by Carmen Rosales
Perfect for Her by S.A. Clayton
Chosen by Tiffany Patterson
Devastated by Marie Johnston