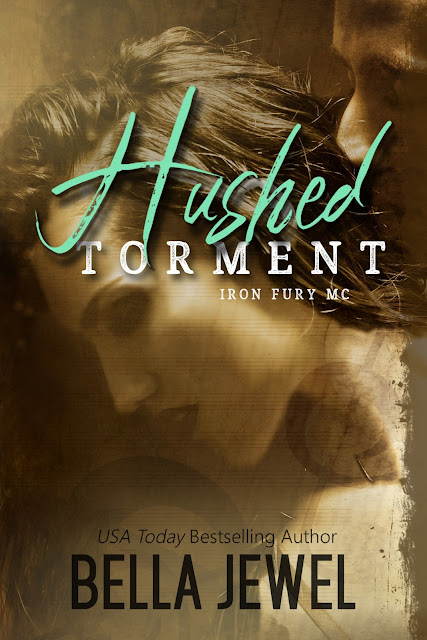 One accident changed my life.
One single second changed everything for me.
In one terrifying moment, everything I knew was gone.
Music is the only thing that keeps me holding on.
When the opportunity arises for me to tour with country music star, Scarlett Belle, I take it.
An escape.
A chance.
Only it isn’t enough to lift the shadows of my past.
And when I meet him, dangerous and different, I can’t turn away.
He is forbidden to me.
The President of a Motorcycle Club.
A man who could bring noise back into my soundless world.
But the shadows of my past haunt me.
They linger like a dark nightmare, reminding me that we can never be.
Because my sins are far too heavy.
And my mind far too broken.
Music is the only escape I can allow into my life.
The only one that I will let seep through my hungry veins.
But he’s always there.
And he’s persistent.
But if he knew what I kept behind closed doors…no.
I must continue my life just the way it is.
Without him.
Breathing in my nightmare.
Living in my Hushed Torment. 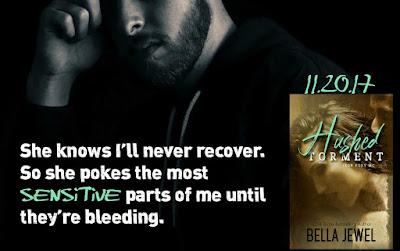 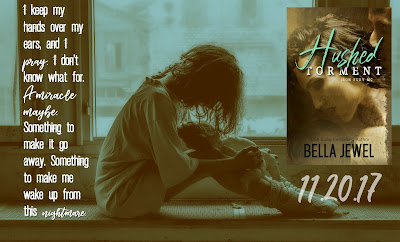 "There is something about her, something so fucking perfectly broken, and yet so perfectly pure."

What a way to get my attention, Bella Jewel. Combine two of my favorite things into one book, music, and badass bikers. Well, it worked. I devoured Hushed Torment in one day and loved every page. Did I mention I also love reading about broken characters? Well, Amalie passed broken about a mile back, she's beyond broken. And in my professional opinion, a sexy biker is exactly what she needs to make her forget her problems for a while. He might not be able to get rid of them completely, but he would be an awesome distraction, right?

Amalie's story is heartbreaking and soul-crushing. Just when she finally got the courage to make a stand, to fight for her dreams, the unthinkable happened. Instead of being able to leave her past behind as she moved toward her future, she found herself trapped. Guilt weighed her down and pain suffocated her. She was alone in her torment.

Just when she thought that all hope was lost, a door opened. She was offered the opportunity of a lifetime. The chance to play her music and tour with a country music star. While she is overwhelmed with gratitude for the chance to do what she loves, she can't shake her sadness. Her past haunts her and guilt is never far away. Neither is Malakai. The Iron Fury MC president has taken it upon himself to provide protection to Scarlett and Amalie. There are always several bikers around, keeping an eye on them. But she can feel when Malakai watches her. He's so big and bossy, she should feel intimidated by him, but she doesn't. He makes her feel safe and protected. He makes her want things she doesn't deserve. He makes her wish for a future that she can't have. But that doesn't stop her from dreaming about him.

Malakai is drawn to her against his will. Her brokenness and purity, "It's like two of the most dangerous traits mixed together and made the angel that haunts my dreams." She's a mystery that keeps him awake at night. She's tormented and secretive. Keeping her secrets and her pain. She's so talented and beautiful. He wants her.

Reading Amalie's POV was painful. Almost too much to bear sometimes. I wanted her to fight, but she was too broken. Taking all the blame onto herself and refusing to allow herself anything good, feeling like she didn't deserve it. And those around her that contributed to her feeling that way got an earful from me. Those that she should have been able to depend on for unconditional love failed her epically. I was so angry and frustrated by their behavior that I wanted to hit or break something. But don't worry, my kindle was safe, I needed to know how the story ended. And I'm happy to report, that it didn't. This is a continuing series and the author left a lot of details pending, waiting for the next book to take us deeper into the building suspense. There are undisclosed identities and untold secrets. There are many sexy badass bikers and more music to be made. I'm really looking forward to seeing where the trail leads. The line forms here... 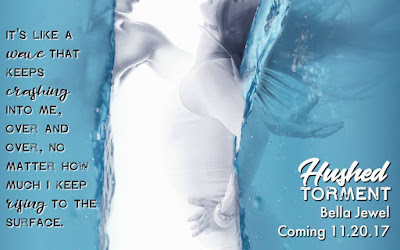 99c for a VERY limited time! 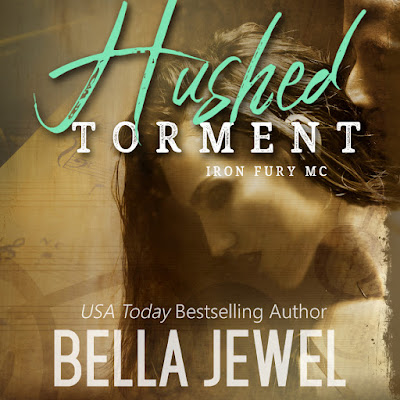