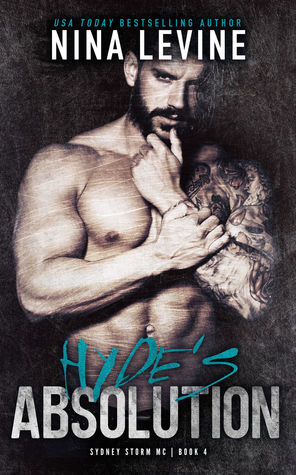 The Sydney Storm MC are back and war is coming.

Monroe Lee is a handful.
She fights me, challenges me and tries to resist me.

I am not a good man.
I’ve hurt everyone I’ve ever loved.
I should walk away before I ruin her too.

But fuck, we are fire together.
And I’ve been out in the cold too long.
At a time when everything is falling down around me, she might just be my saviour.

This story contains all the panty-melting sexiness and alpha goodness that Nina Levine books are known for.

Order your copy today to receive the LIMITED EDITION ebook version that will have a BONUS King chapter in it! All release week copies will contain this bonus chapter. 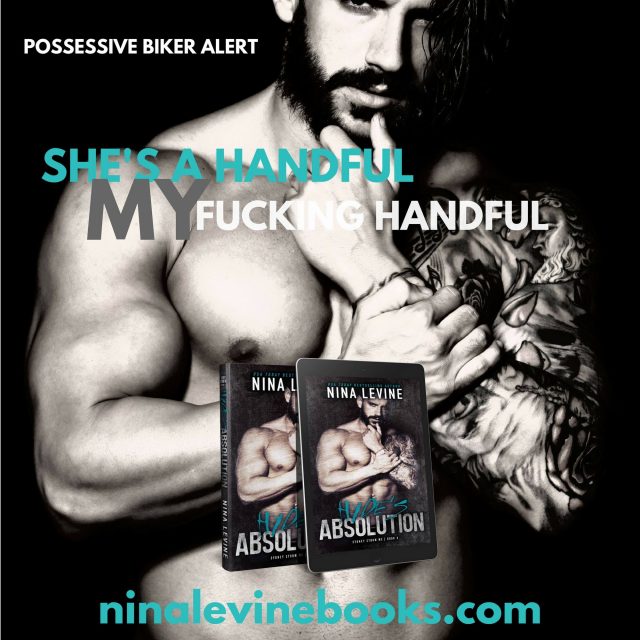 I tore my attention from Hyde and gave it back to Tatum when she said, “I’ll call you tomorrow.”

Hyde’s presence had pretty much wiped all coherent thought from my mind, so I simply nodded and murmured, “Okay.”

As she and Nitro walked away from us, Hyde moved closer. His scent almost hypnotised me, if that was even possible. Looking down at me, he said, “What are you drinking?” The husky tone of his voice was like the final nail in my coffin. He could lead me down the path to sin with that voice.

He turned to the waiting bartender and ordered drinks before shifting his gaze back to me. His body was so damn close it almost pressed against mine. His eyes dropped to my chest. “You weren’t made to be subtle, were you, sugar?”

“Can’t say that word’s in my vocabulary, no.” The way he was devouring my body told me I’d made the best decision when I bought the black dress I wore tonight. Knee length with a plunging neckline and accentuated with a belt around my waist, it clung to every curve I had. My girls were up and proudly out, just the way I liked them. I mean, if you had it, flaunt it, right? And I’d had the red in my hair touched up that afternoon. It hung in lazy vivid red curls to just below my breasts. I wasn’t sure which part of me he thought wasn’t subtle, but I guessed it had something to do with my dress by the way he seemed unable to draw his gaze from my body.

Finally he found his way back up to my face. The heat flashing in his eyes shot a round of lust through my veins. Good God, this man, though. I wondered if he had any idea of the storm he caused within me. “Don’t ever add it.” If what he said didn’t make my legs sway a little, the forceful, gravelly way he said it did.

The bartender placed our drinks on the counter, distracting us from each other. Hyde dropped some cash on the bar, took a mouthful of his whisky and looked back at me while I got down as much of my drink as I could in one mouthful. God knew, I needed it. I could stand my ground with any man, but Hyde had a way of catching me off guard.

“You calm down after that thing about owing me money this morning?” And there he went, flipping my feelings about him on their head.

I fixed him with a look that let him know I wasn’t impressed. “I didn’t have anything to calm down from.”

“You seemed all worked up about it.”

I threw some more of my cocktail down my throat. “I wasn’t.” But I was getting there now, that was for sure.

He drank some more whisky, keeping his eyes steady on mine. “Okay.”

Okay? Oh no he didn’t. He didn’t get to end a conversation with that bullshit. “Okay? Seriously, you’re going to end with that?”

“It seemed pointless to argue.”

I finished my drink and placed the empty glass down with some force. Sliding off my stool, I said, “We weren’t arguing. I was simply telling you like it was.”

“Yeah, I’ve picked that up about you.”

My eyes practically popped out of their sockets. “Picked up what about me?”

“I do not! You just have this way of pushing my buttons. I feel like it’s you, not me.”

His lips twitched. “Sugar, if I knew which buttons I was pushing, I’d push them some more. I never said I didn’t like the way you told me how it was.”

I snatched my bag off the bar. I needed a moment to get my thoughts under control. In the space of seconds I’d switched from wanting him to wanting to smack him to wanting him again. My mind needed a break from the whiplash. I took a step away from the bar and said, “I’ll have another cosmo.”

Without waiting for his response, I headed in the direction of the ladies room. I’d almost made it there when a hand slid around my waist and I was pushed up against the wall in the dark hallway. A hard body pushed against mine as the hand around my waist slid down to settle on my ass and warm breath whispered across my cheek. “My cock likes that attitude of yours. Surprised the fuck outta me, but I can’t deny I want more of it.”

The proof of his statement ground against me, sparking need all over me. Every inch of my skin blazed with desire. I gripped his shirt with both hands and found his eyes. “You and I weren’t made for each other, Hyde.”

My body went to war with my mind. It fought me kicking and screaming, desperate for what he was offering, but I didn’t want to surrender. “So what’s the point of starting something?”

He pushed his cock harder against me. “I came here against better judgement tonight. Nitro told me you’d be here and I came because I couldn’t, for the fucking life of me, get you out of my head. I want my hands on those curves of yours and my dick as far inside you as you can take it.” Nina Levine is a favorite author of mine, she won me over with the first MC Romance of hers that I read. Every new release is like Christmas for me, no matter what month it is. Turning each page is like unwrapping a present. I'm always surprised and thrilled with what's inside.

Hyde was given his road name because of his tendencies towards Jekyll/Hyde behavior. That's not always a bad thing, his club has come to depend on his skills, and sometimes all it takes is a nod from his president to let his 'Hyde' loose to take care of some club business. But he wasn't always that way. As I was taken on a journey into his past, it became clear that it was a learned behavior that eventually became part of him. My heart hurt for him and I was outraged at the players involved in the process. As his life unraveled, he kept it to himself. Suffering alone. He watched. He waited. He regretted. He wished for a do-over that would never happen. And then... his past came to light, forcing him to face his regrets and answer for his actions. Is there a chance that he will find absolution?

Get ready for another exciting ride as Sydney Storm MC deals with an ongoing war that threatens their club and their loved ones. The suspense is intense and the passion even more so. I couldn't read fast enough, or slow enough. I know, I'm greedy. I want more, and at the same time I don't want it to end. And I'm thrilled to say, it's not over. The author left me with a tease that will have me panting for more until I have another gift to unwrap. The line forms here...

If you haven’t started this series yet, download the first book, Relent,

for FREE today and catch up on the series everyone is talking about! Book One in the new Sydney Storm MC series. 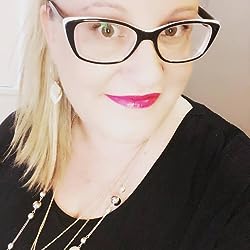 USA Today Bestselling author who writes about alpha men & the women they love.

USA Today Bestselling Author Nina Levine is an Aussie author who writes alphas with a side of dirty and sassy women who don't hand their hearts over easily.

When she isn't creating with words, she loves to create with paint and paper. Often though, she can be found curled up with a good book and some chocolate.