In Too Deep (Doing Bad Things, #2) by Jordan Marie

Title: In Too Deep

I did a bad thing.

I did a really bad thing.

I’m not a bad person, I swear. I just made a few mistakes.

Mistake number one was agreeing to rent my hotel out to an insufferable a**hole, named Aden Smith­.

Mistake number two was ignoring his threats to sue me when he handed over a list of items he deemed “unacceptable”.

Mistake number three was diving into the pool to save his life when he fell. It would have been less complicated to hide his body.

When the hospital refuses to let me know how he is, I panic.

Claiming to be his wife might be my biggest mistake yet—especially when he believes me!

He might have been the one drowning, but I’m sinking in a bed of lies, going down fast—and there’s not a rescue in sight.

I planned to apologize. Really—I did. I was dreading it. In my experience when you apologize to a woman you show them weakness, and with weakness they smell blood. It never ends well. Still, I shouldn’t have said what I did about her. I was going to the office to say I’m sorry, see if there was literature about where I can find a place with take-out food and leave—quickly.
One thing stops me.
I open the door to the office and this small boy comes running out at me, completely naked. He slaps his hands against my legs, just reaching above my knee. I stop quickly so I don’t plow him over.
“You my Daddy?” he asks. I know nothing about kids, but I do know one of the last things I ever want to hear from one are those words. His question strikes fear in my heart, but the fact his hands are covered in some dark brown unknown substance terrifies me. I watch as it smears across the legs of my favorite jeans. I’m not sure what it is, but he’s not wearing any clothes—including a diaper. Do kids his size wear diapers?
“Jack! You get back here right now young man!”
“Daddy!”
The child screams the name like it’s being torn from his heart, the moment White’s cousin captures him in her arms and pulls him away. The scream is so piercing I wince.
“Do you need something?” she asks over the noise. Her face instantly hardens, whereas just a moment ago she was smiling, even chasing after her son.
“Does he belong to you?” I ask, all thoughts of giving an apology gone. My voice is that of a growl really. It seems this woman brings out the worst in me.
“I—”
“He destroyed my clothes.”
Her eyes go round and briefly I notice she has brown eyes…almost as dark as whatever the child rubbed all over me.
“Daddy!” he screams again, and the woman’s face blushes a deep red.
“Hush, Jack. That’s not your Daddy,” she hisses.
“He doesn’t know who his father is?” I don’t bother keeping the censure out of my voice. This entire revelation doesn’t surprise me. I’m making a mental note to punch White in the face the next time I see him.
“It’s just chocolate. It will come out of your pants. You should probably flush it with club soda or…”
“Do I look like I do laundry?”
“Well—”
“Does your hotel even have laundry service?”
“There’s a laundry mat in town,” she says defensively.
“Charming.”
“Daddy!” the child screams again.
“Listen, Jack and I were—”
“Wrestling in chocolate?”
“Is there something you need?” she all but growls, her face tight with irritation.

"He's sexy in a jackass-but-still-hot kind of way."

I was so looking forward to this story after having met Aden in Going Down Hard. He's Gavin's best friend, along with a few others that I'm hoping will get their own books in the Doing Bad Things series. Having previously experienced the author's skill with sarcasm and wit, I was expecting to enjoy a few giggles at the very least. What I wasn't expecting was to laugh so hard I cried. I kid you not, I am not exaggerating. When Aden showed up at a run-down small town hotel and met the owner, he tagged her as a #BackwoodsBarbie. He did not pull his punches whatsoever and dished out the insults left and right. I must admit that I was totally #TeamBarbie while joining her with the mental name calling. Let's just say that Aden is not the only name that starts with an 'A' and the other one fits him better.

I can't deny that Aden had his reasons for his bad attitude. He'd been on the receiving end of a messed up betrayal. He had a chip on his shoulder regarding women and the industry he'd worked in for years. He was burned out and ready for a rest and a change in direction. Hiding out in BFE was the perfect way to try his hand at something new, in private. He's used to getting what he wants when he wants it. But apparently what he wanted wasn't on the room service menu at the Hard Acres Hotel, especially since there was no room service.

I totally fell for the owner of the hotel. She was really down on her luck and putting everything she had into the hotel that she'd inherited. She really wanted to make a go of it, but it seemed to need more than she had to give. There were some needed repairs that were crucial to passing inspection and they always seemed a little too far for her to reach. When Aden showed up early, she wasn't ready for him. But try telling him that. He's rude and arrogant and demanding. He didn't care what reasons she gave him, he just wanted to get his way. She shouldn't have let him convince her to let him stay. But she was so close to reaching her goal, and having a paying guest could make the difference she needed. That was the beginning of a string of bad decisions that would eventually come back to haunt her, but they were highly entertaining for me...

I can't tell you how much I enjoy reading this author. She has a sense of humor and a way of telling a story that just does it for me. While this story was a comedy of errors, it does have some deeper tones too, covering some serious issues that pulled my heartstrings. I really really enjoyed the Lucas family, all of them, and hope to see them in future books. The line forms here...

Want to catch up on Going Down Hard, Book 1 in the Doing Bad Things series? 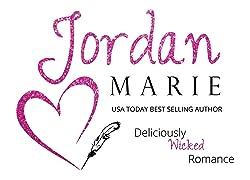 A QUIRKY WRITER GOING WHERE THE VOICES TAKE HER.

She currently has 14 books out including 2 that she wrote under the pen name Baylee Rose.