Left as a newborn to die in a dumpster, she has no name.

Tossed from state run orphanages to a string of foster homes, she has no family.

Growing up hard, fast and street smart, she’s accomplished in hand to hand combat and accurate with a gun. With no money for college, she enlisted in the US Marine Corps out of high school and was quickly plucked from her unit when her sharp shooting and intellectual skills outshined her male counterparts.

With no known past, she is deemed a perfect fit to a task force Washington denies exists. A selective assassin for the United States government, Jane Doe tracks known terrorists on domestic soil.

Dispatched to Atlanta, Georgia with a kill assignment, Jane is tracking number Thirteen on The List. Her cover is secure in the library where she volunteers and her identity quiet until a journalist shows up on a tip to research a name and number she knows well—Three.

Now she’ll be forced to choose between the target she desperately wants to eliminate for personal reasons and the assignment she’s been given, all while keeping the reporter from getting himself killed or worse, falling for Jane.

Possessing a fertile imagination and a penchant for executing improvised but brilliant plans, Jane is a killing machine with ice running through her veins. Every time she goes to a different town, two things are certain: she’ll have a new name and someone is going to die.

Well Jane Doe was full of mystery and twists and turns and nothing what I thought it was going to be kind of read. I rarely read synopsis of books, I like picking up books based on friends raving on them, book covers and teasers...and this book had all three!!! I could not wait to get my hands on it, and let me tell you, I was sucked in trying to figure out what the heck was going on and really enjoyed reading about Scarlett.

Scarlet was found in a dumpster as a newborn, she had such a sad life while growing up. She had no family and was tossed from home to home. When she graduated high school, she decided to join the US Marine Corps. This is where she was sought out for her spectacular sharp shooting skills. This is where you really get to see how bad ass Scarlett is. lol This girl was like GI Jane and MacGyver all wrapped up into one. She was soo bad ass!!! Yes I know I am repeating myself..lol

"Her mission was to kill a known terrorist and soldier of the caliphate. Number Thirteen."

Holy cow, sometimes I didn't know who was hunting who in this book...lol Sooo much action.

I gave this book 4.5 iScream Books Stars. This was my first book by Kris Calvert and I will definitely love to read more from her in the future. Her writing style kept me turning those pages dying to know what was going to happen next.

Click HERE to check out the Release Day Party!

After leaving Atlanta and reporter Matt Matthews behind, Jane takes her next kill assignment in New York City. A terrorist plot so out of the realm of the ordinary, Jane expects to debunk the tip she’s been given and report back to Washington for another assignment. But when she discovers the plan unfolding for Times Square is real, she knows there’s only one mastermind who could plan and execute such a heinous act—Three.

Now with help from NYPD’s Counter-terrorism team, Jane has the chance to partner with the head of their Archangel Package, Kelly Casey. But, Sergeant Casey has more than just information on her kill assignment and the man she’s been tracking for over a year. He could hold the keys to what she’s been searching for.

Matt Matthews is in New York finding his way back to three things: his true identity, his family’s war profiteering empire and the woman he lost in Atlanta—Scarlett.

As the clock ticks away, Jane must find a way to stop the attack and end the life of one man before he takes the lives of thousands.

Fleeing to Washington, DC, Jane searches not only for her final kill assignment, but answers from her superiors. As the lines between who is on the right side of truth and justice begin to blur, Jane questions what is wrong and what is just. Unable to trust what she knows any longer, Jane looks to exit the program she’d worked so diligently and tirelessly for.

But Jane knows too much and is too valuable and walking away isn’t part of the program she signed on for.

Between tracking Three, stopping an attack on Capitol Hill, keeping up with Matt Matthews and not losing sight of Kelly Casey, Jane has her hands full and her gun even more loaded than ever before. 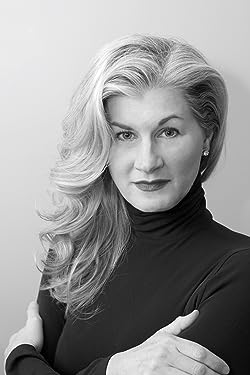 Kris Calvert is a former copywriter and PR mercenary who after some coaxing, began writing novels. She loves alliteration, pearls and post-it notes. She's married to the man of her dreams and lives in Lexington, Kentucky. She's Momma to two grown kids and is also responsible for one very needy dog. When she's not writing, she's baking cupcakes.