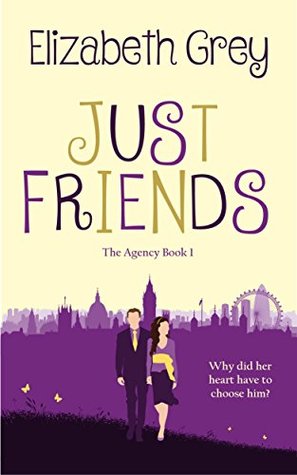 Why did her heart have to choose him?

Violet Archer has her dream job at one of London’s top advertising agencies, and the fact she gets to work with Ethan Fraser every day makes it even better. He’s the best friend a girl could have. And she’s never even noticed how hot he is. Nope. Definitely not.

When a big night out deteriorates into a great big mess, Violet’s world starts to wobble like a drunk giraffe on stilts. She’s caught in a web of secrets, none of which are hers. And maybe she is starting to notice how hot Ethan is, after all. And sweet and kind and… oh dear.

Has Violet fallen for her best friend? Can their friendship survive yet another secret? And, the question Violet is most scared to ask, could Ethan have feelings for her too?

This raunchy, hilarious rom-com is the first in The Agency series by Elizabeth Grey.

Thankfully Stuart is too busy burying his head in my cleavage to notice my tangerine armpits and stripy inner thighs. He’s also groaning and purring and nuzzling and . . . okay, I’m not really sure what he’s doing down there, but I hope he tries another move soon. I can think of much better things I’d like him to do to my boobs than use them as a pair of earmuffs.

Ah, good, he’s heading north now. I look into his deep blue eyes and remind myself why I’m here. Stuart Inman is hot. Think Matt Damon in an action movie: all blonde and ripped and gun-toting. Matt Damon, that is, with the gun-toting. Not Stuart. The only thing Stuart totes is a rather feminine Burberry man-bag.

He backs me up against his bedroom wall and I run my fingers over the taut muscles of his fabulous chest. Then I feel his lips brush against mine, his tongue darting in and . . . oh, sweet Jesus, what the . . . ?

Breathe. Close your eyes, think of England and for heaven’s sake, just breathe . . .

What in the name of all things holy was that? If it was supposed to be a kiss, then please don’t let him kiss me again. Talk about disappointing. Has he been practising his make-out skills with a bathroom sponge? I’ve kissed a few men in my life, and most of them have been far less confident, successful and drop-dead gorgeous than Stuart Inman, so how is it possible that he kisses like a half-starved pufferfish devouring a shrimp? Ugh . . . no. Just no.

I run my fingers over his abs, trying to avoid his hungry mouth. So what if he’s a crap kisser? We can work on the finer details later. The important thing right now is sex is happening – my eight-month-long drought is coming to an end and my velvet-touch, thirty-function, silicone Raunchy Rabbit can hop off into the sunset and do one.

He turns to face me, but I don’t want to look at him. Yes, I’ll admit, I’m a coward. I can’t think of anything good to say, which, given words are my livelihood, is pretty pathetic.

“You’re just so hot. I’m sorry. I couldn’t help it.” He removes his sticky pants to reveal an appendage that could accurately be compared to a half-eaten Walnut Whip – sad, shrivelled and hollow. He crosses his legs in an attempt to hide his shame, and sadly, it doesn’t take much to hide it. How on earth didn’t I notice that before? I usually check out a guy’s bulge before I commit, don’t I? Jeez, this must be the most desperate for sex I’ve ever been in my entire life.

“It’s okay. Maybe next time?” I say, with the kind of insincere politeness a politician would be proud of.

“I can still go on. Just give me a minute,” he says with an enthusiastic tug to his manhood, and my stomach lurches. Do I want to have sex with a Matt Damon lookalike if he’s only packing a chipolata and kisses like a pufferfish sucking on a sponge?

Ten seconds later, he’s sliding his hand into my knickers and frantically rubbing away at what I’m sure he thinks is my clitoris, but of course, it isn’t. The gods of shagging wouldn’t be that merciful. I simulate a few polite moans and consider following through with a fake orgasm, but as he’s jabbing the inside of my leg with the elbow of the hand that’s futilely attempting to transform the chipolata into a frankfurter, I can’t take it anymore.

“Okay, stop. Just stop,” I say as I squirm out of his grasp.

He removes his hand from inside my underwear and frowns at me. “What’s up?”

“What do you mean? What’s wrong with you? I always get girls off doing that.”

“Yeah, really,” he replies with an eye roll and way too much attitude. All of a sudden I have too many words, but as none of them are kind, I swallow them down and start putting my clothes back on.

Stuart tuts, gets up and pulls on a robe. I leave his apartment as fast as I can and head towards Holland Park Tube, flagging the first taxi I see on the way. 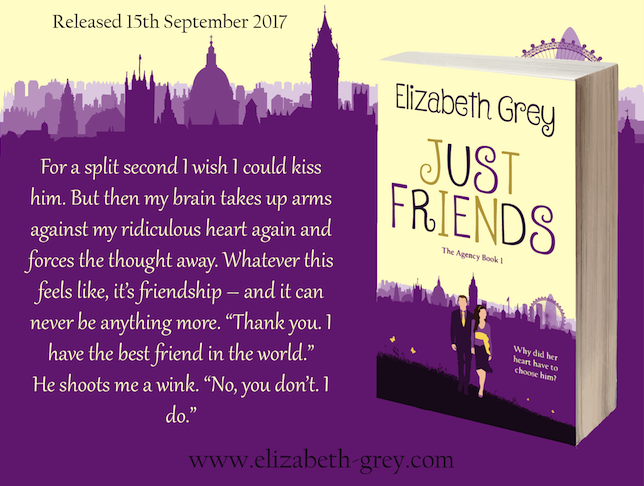 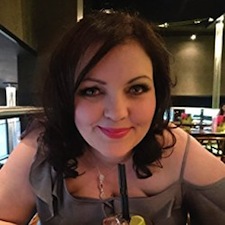 Elizabeth Grey spent a sizable chunk of her childhood in North East England locked away in her bedroom creating characters and writing stories. Isn’t that how all writers start?

Marrying Chris in 2007, Elizabeth now has three young children and runs a small, seasonal business selling imported European children’s toys and goods – www.tildaandtom.co.uk. During her time as a stay-at-home mum, Elizabeth rekindled her love of writing and thinks herself lucky every day that she is now able to write full time.

When not working, Elizabeth finds herself immersed in her kids’ hobbies and has acquired an impressive knowledge of Harry Potter (thanks to the big boy), Star Wars (thanks to the little boy) and Barbie (thanks to her daughter). She loves European road-trips, binge-watching Netflix series and doing whatever she can to fight for a nicer world.

She’s been told she never loses an argument.

2 Comments to Just Friends (The Agency, #1) by Elizabeth Grey