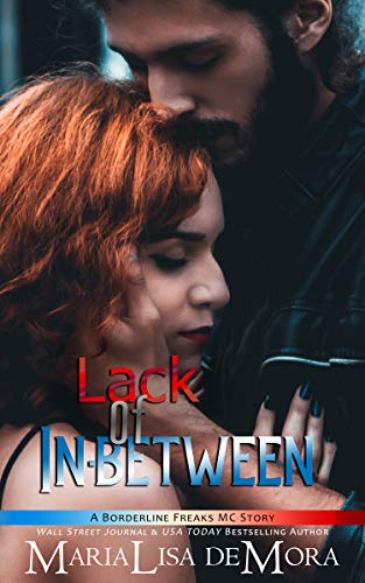 Wolf finds Rose harbors more secrets than he expected, and the deeper he pulls her into his life, the more he likes it.
---
Once a man’s been embedded in the bloody aftermath of battle after battle, with no relief in sight, he’s forever changed.

Wolf came home from overseas to find his world askew. He was no longer a husband, since he and his ex agreed they were better friends than partners. But he still held the coveted position of father, an experience so confusing and rewarding it sometimes left him breathless.

He’s got a lot on his plate personally, and even more with the Borderline Freaks and the challenges he and his club brothers have hit lately.

He just doesn’t have time to make room for a relationship. 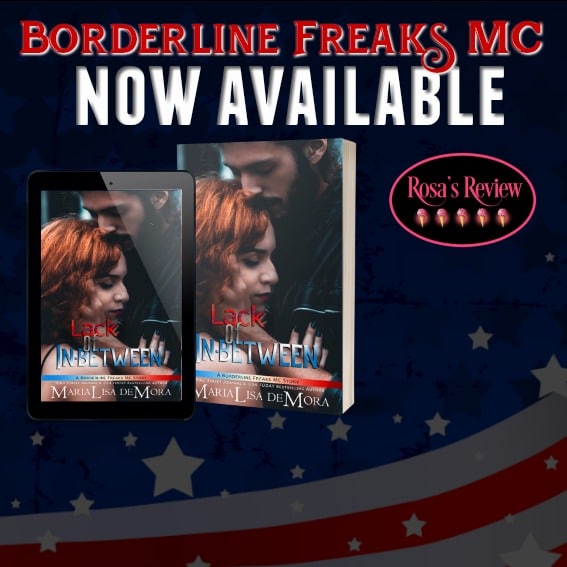 "There's no in-between there. No room for discussion. Man is either in, or he's out."

I adore the way the author writes her male heroes, she taps into their pain and their hearts in a way that I feel what they do. They have honor and integrity and they treat women as treasures. Wolf is no different. He sees Rose and knows he wants her, if only he can convince her to give him a chance.

While it's usually the Borderline Freaks MC members that have me swooning, this time I fell hard for Rose. Not that Wolf isn't all that...he is. But, she's badass too! She's got secrets and a good reason for her actions. Just wait until you find out. You're gonna be girl-crushing too!

And did I mention he's a single dad? Yeah, a sexy biker with a baby girl, even though she's not a baby, she'll always be his. He's hard when he needs to be and when he's soft...sigh.♥

Oh, then there's the suspense that will surely raise your blood pressure like it did mine. I wish I could tell you, but where's the fun for you in that? I can't even imagine what the author has in store for us in the final installment of this series, but I can't wait to find out. The line forms here... 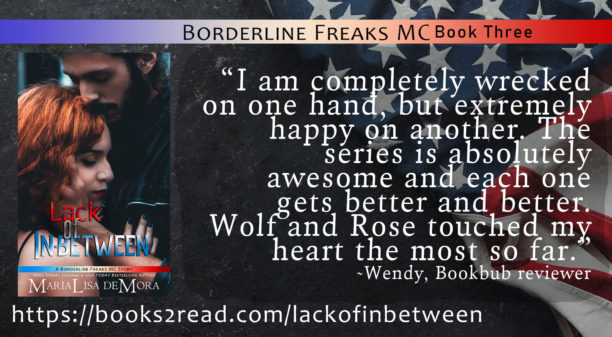 What Others Are Saying
Excerpts from Goodreads reviews
"I adore the way the author writes her male heroes, she taps into their pain and their hearts in a way that I feel what they do. They have honor and integrity and they treat women as treasures. "
"No one writes mc or military crossovers like MariaLisa. This book once again touches this former military bears heart. This book has everything you want. An amazing love story, action, hot love scenes and the perfect ending. "