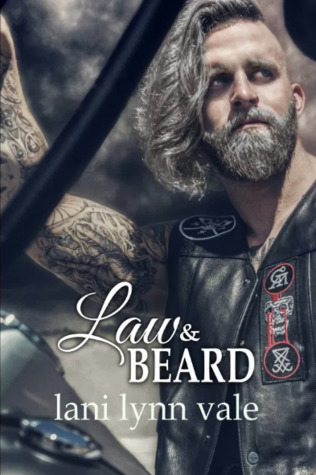 Winnie thinks she has the perfect life.
Two beautiful, healthy children. A police officer husband. A job that she loves. Oh, and let’s not forget that she’s a nationally ranked marathon runner.

Fast forward six months, and her perfect life has imploded.

Winnie finds herself in a completely new world, and this new world is a brutal bitch.

In this new life of hers, her husband is gone. He realizes, at the worst possible time, that he’s no longer in love with her. He’s in love with her best friend. So he leaves, and doesn’t look back.

Her sixteen-year-old daughter is in trouble with the law, and she’s barely making ends meet thanks to losing the job that was keeping her and her tiny family afloat.

Then, the last thing that could make it all bearable, her running, is ripped out from under her, too. Thanks to a spinal stroke that leaves her unable to walk, let alone run, she’s having to relearn how to do the simplest of tasks—such as putting on her own pants.

She’s at the lowest of lows, and the last thing she wants is a sexy, bearded, motorcycle riding alpha to tell her how to live her life.

But Steel Cross never asks her what she wants.

The moment Steel Cross sees Winnie’s daughter steal some shoes for her younger brother, he knows he’s in trouble.

He’s a sucker for misunderstood teens. After all, he was once one himself.

He knows he can’t just walk away, and the moment he sees that troubled teen’s mother, he doesn’t just know it, he feels it. Down to the very bottom of his soul.

With his share of hard knocks, he knows that he shouldn’t step in and make his move on a fellow police officer’s ex. There’s a code, after all, yet he just can’t seem to help himself.

He’s done being the good guy. Sometimes he just wants to be bad.

And Winnie makes him realize that being bad is still kind of good. As long as you’re with the right person.

Lawd...Lani had me at "He was wearing a tight pair of Wrangler jeans that fit him like a glove.

Hellooo new neighbor with your Wrangler jeans and your belt that held a big black gun on your hip and next to that big black gun was a gold shield!!!! kill me now lol

Law And Beard is now my fav book by Lani Lynn Vale. lol I just fell in love with this Dixie Warden, ohhh yeahhh along with wearing those Wrangler jeans, big gun and gold shield, he is also President of the Dixie Wardens motorcycle club!! Goodnesss..sooo much HAWTNESS in one book!!

OK, sooo back to Hello neighbor..Winnie moves into the house across the street from Mr. Hottie. She is a single mom, trying to keep her kids wrangled in after a nasty divorce. She works very hard and has a very hard time trying to make ends meet since her ex doesn't help her with anything.

Mr. Hottie keeps having a run in with Winnie's teenage daughter doing things she shouldn't be doing so he keeps bringing her home to her momma and this is how they meet up, start off as a sort of friendship. He sees through Winnie's toughness and sees a woman who really could use some help although she doesn't want the help. He is very persistent and good grief I fell in love with him!! He is such a great man!!

Law And Beard is full of MC drama, which I LOVE, keeps you turning those pages wanting, needing to find out what is going to happen next!!

I gave Law And Beard 5 Smoken Hawt iScream Cones!! This is the 8th book in this series and really each are standalones...But if you have the time, read them all because they all have been some fan-dam-tastic reads!!!
Thank you for another great book Lani!!!