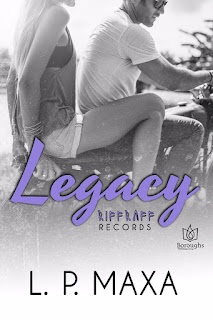 Children of famous rock band, The Devil's Share, Beau Cole and Halen Connor have known and loved each other all their lives. There was no one Beau wanted to be with more than Halen, no one who would ever have his heart.
Four years older than his girl, Beau had vowed to keep their status as best friends until Halen was eighteen. But at sixteen Halen, beautiful, willful, stubborn Halen wanted more, and Beau has never been able to deny Halen anything. And that was his mistake. He knew better, and she deserved better, so he left, trampling both their hearts to dust.
Now, two years later, Beau must return home, and seeing Halen was either going to kill him or save his life.

"For the rest of forever."

Be still my heart... Confession, I love the Devil's Share series. I read the first few when they were first released and then life got too busy for me to keep up and the rest were on my TBR until recently. Now that it's summer vacation, I've been binge reading the rest of the series. Then I bought Royalty, and just finished Legacy. Because I was able to read them back-to-back it flowed very smooth for me. I had all the relationships and the family tree fresh in my mind.

Beau & Halen's love story broke my heart. She is Dash & Lexi's oldest daughter, and he is Jacks & Bryan's son. They knew from an extremely early age that they loved each other. They were inseparable from their first meeting. Unfortunately Beau was four years older than her. It was torture as he struggled with his feelings, waiting for her to get old enough to be his. And with their families being so close, they were afraid of their reaction when they found out. They didn't want to risk them trying to keep them apart. But ultimately, it wasn't them that kept them apart, it was him. He left, her and his heart staying behind.

This beautiful story broke my heart and then put it back together again. I saw it coming, but I couldn't stop it. I fell too. Yes, I cried. But I laughed too. It's just impossible to read a book that includes the Devil's Share family without laughing at their ridiculous banter. They are one of a kind. "The Devil's Share, we are a family. Not by blood, but by heart."

As the rockstars each found love and started their families they decided they needed to be near one another. So they purchased a huge piece of land and they all built separate houses on it. They call it the compound. So their kids, the #DevilsSpawn grew up together.

This next generation is very close. They know all of each other's secrets, and they keep them. They have each other's backs. Nothing happens to one, without all the others knowing. But somehow, amazingly, when they break the rules the rents don't know what's going on. They remain blissfully ignorant regarding the shenanigans the spawn gets into. It's sometimes hilarious and entertaining, and sometimes heartbreaking and devastating. I kept waiting for it all to blow up in their faces when the secrets eventually came out. I was a nervous wreck waiting for it to happen.

At the same time, I was enjoying the hell out of spending time with some of my favorite rockstars. I wanted to sneak onto the compound and hang out at the family get-togethers. I wanted to step in and council those damn kids that I fell in love with. I'm so excited that the author has decided to write their stories in this new RiffRaff Records series. I know what direction some of them are going, but others still remain a mystery. I'm especially excited about the twins. Please let them be rockers...pretty please? The epilogue gave me a glimpse of what is coming next, and I'm dying, because I want it now! The line forms here... 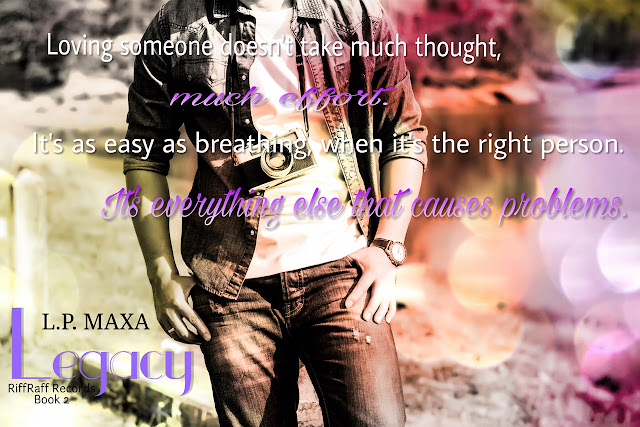 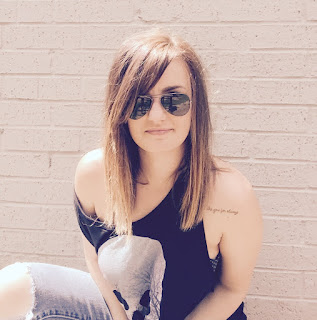 L.P. Maxa lives in Austin, Texas with her husband, daughter, 3 rescue dogs, 1 cat - the fish died - and one bunny who doesn't seem to like them. She loves reading romance novels as much as she love writing them. She says, inspiration can come from anywhere: a song lyric, a quote, a weekend with friends. The tiniest things can spark amazing stories. She loves to hear from readers.

My Scorned Best Friend by Piper Rayne
Faded in Bloom by Julia Wolf
Exiled by Brenda Rothert
Make Me Shiver by Marie Johnston
Waiting for Her by S.A. Clayton
Wrecked by Rebecca Wilder
The Grand Pact by JC Hawke
My Best Friend's Wish by Blue Saffire
Second Shot with #76 by Piper Rayne
Falling for Her by S.A. Clayton
Worst Best Friend Ever by J.S. Cooper
Beautiful Unwanted Wildflower by Hayley Faiman