Luca (Leaves of a Maple, #4) by Haley Jenner 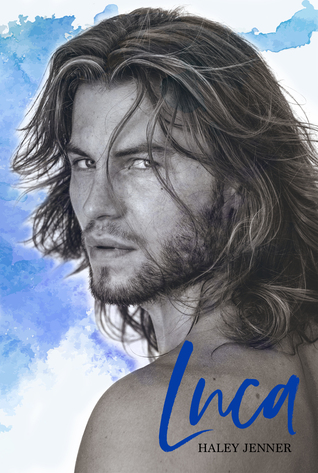 Luca St. Kelly was a perfectly timed distraction.
A temptation that quickly morphed into addiction.
He’s closed off, and volatile. A self-proclaimed jerk... yet, I can’t seem to get enough.
Hey... heartbreak... ‘sup old friend.....

Francesca Walker is certifiable.
That’s one thing I’m sure of. That, and certain parts of my body really seem to like her.
Yeah... I know that too.
She strutted into my life, a complication I didn’t need but definitely wanted.
I convinced myself I could handle her, problem is that measly organ beating in my chest, yeah, I didn’t quite factor him into the equation.
Hey... heartbreak... f*ck you!! 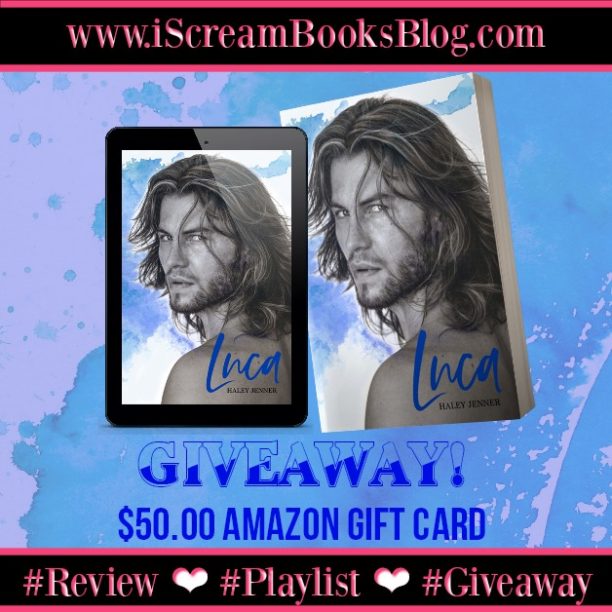 Luca (Leaves of a Maple, #4) by Haley Jenner
Rosa's rating: 5 of 5 iScream Cones

"Maybe one day I'll open my heart enough to tell him that he saved me."

Don't ever let anyone tell you that a book cover isn't powerful. I freely confess that it was #CoverLust that caught my attention. I had never heard of these authors before. Then, when I saw that it was book four in a series I decided to start at the beginning. And let me tell you, Asher wrecked me, and there was no turning back. I have been through hell and back with this amazing group of friends in the Leaves of a Maple series. I have laughed and cried, giggled and gasped, loved and hated. There are heroes and villains, friends and lovers, joy and sorrow. These incredible authors have earned autoclick status with me, if they write it, I'll read it.

Luca has been around for a while and I've been excited to read his story. I melted every time he called Annabelle, Sweetness, and I couldn't wait to meet the woman that would tame him. Having the cover image of Luca in my head while reading his story adds another dimension to this tale. I'm sure we all visualize when we read, right? But it took my already active imagination deeper, especially when he earned the nickname Thor and his 'hammer' was referenced. 😉

I recently met Francesca (aka Frankie), who is Darci's sister. They are total opposites. Darci is shy and timid and Frankie is a spitfire. I adore them both. Once it clicked in my head who she was and I realized that's who was mentioned in the synopsis for Luca I became even more excited than I already was. IKR? Hard to imagine, but true.

"He looked as broken down as me in that bar. Big, beautiful and well beyond the pale of possibility. But sad, adrift in a world that he struggled to find reason in. Then our eyes connected, and the world seemed to shift."

I can't give you details, there's so much going on that needs to be discovered and unveiled gradually to fully appreciate the process. I can tell you that Luca and Frankie are both broken before they ever lay eyes on each other. They are both anti-relationship, but they don't question the existence of true love. Witnessing their closest friends find their soulmates attest to it being possible, but they've decided it's not for them. However, "I now know, with complete certainty, that unicorns do exist."

I was worried that Luca was the last installment in the series, but I'm beyond giddy to report that it's not over. The line forms here... 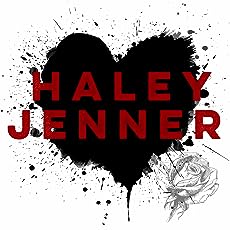 A blonde. A brunette. A tea lover. A coffee addict. Two
people. One pen name. Haley Jenner is made up of Hailey Bond and Jenna
McIntyre. They’re pals, besties if you will, maybe even soulmates.
Consider them the ultimate in split personality, exactly the same, but
completely different.

They reside on the Gold Coast, in Australia’s sunshine state, Queensland. They lead ultra-busy lives as working mums, but wouldn’t want it any other way.

Books are a large part of their lives. Always have been and they’re firm believers that reading is an essential part of living. Escaping with a good story is one of
their most favorite things, even to the detriment of sleep.

One Comment to Luca (Leaves of a Maple, #4) by Haley Jenner