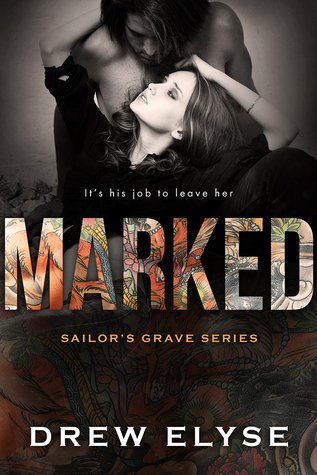 “MOVING ON” IS JUST ABOUT ACTING THE PART.

UNTIL MOVING ON IS A TEMPTATION THAT CAN’T BE DENIED.

I’m not about to claim I’m a genius,
unless we’re talking with a tattoo gun or woman in my hands,
but I’m smart enough to know the beauty serving up my cupcake fix is off limits.
Really, I know.
Too bad the lure of putting a real smile on Kate’s face is so strong.

I can’t help but want to leave my mark. 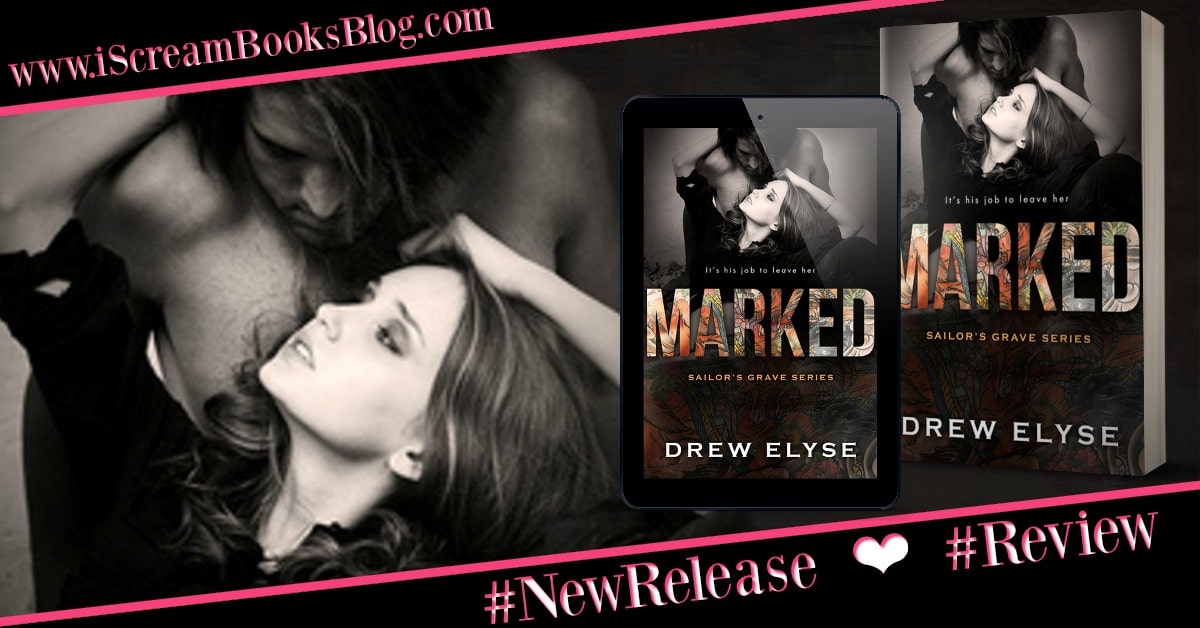 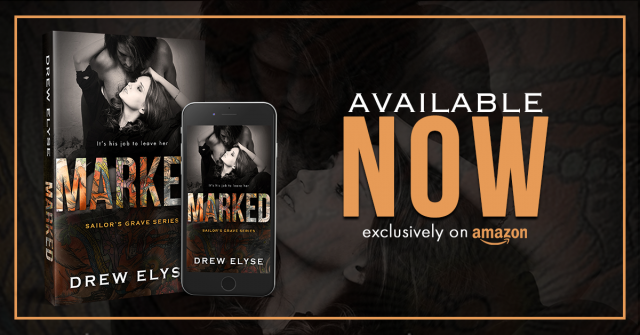 Christ, I really needed to stop doing this to myself.

Not give up the desserts, because fuck that, but stop torturing myself with the gorgeous woman that served them

I knew the deal. She was a single mom, widowed a couple years back. She was under the protection of the club because Daz was her late husband’s brother. I also knew that despite conversations I’d overheard about her doing better, about her starting to move on, that she was nowhere near that place.

Maybe it was because I’d been old enough to understand everything as it happened when we'd lost Dad and after. I recognized what the people in her life couldn’t: that she wasn’t moving past a goddamn thing.

It was achingly familiar, seeing that fake smile. It was even more so to see the one she gave her son, knowing that if I were seeing it closer, there would be that lingering sadness behind her eyes that I saw in my mom’s for too long.

And that whole thought process made it sound like I had some fucked Oedipus complex.

There was a cinnamon braid left. That never happened. Sugar’s Dream was more of a dessert place than full-service bakery. The few things Avery made that worked for breakfast were usually snatched up before I ever got there in the afternoons. The cinnamon braid specifically was a favorite at Sailor’s Grave—it was the reason we had an actual kitchen knife in the back after we’d all fallen on one and had to rip off pieces by hand.

“Gotta take that back to the shop,” I told her, pointing to it.

Unable to hide the fact that she was relieved to have a task that involved moving farther away from me to prep a box for it, she jumped right to it. I wasn’t enough of a gentleman to not glance up from considering what else to get in order to take a look while she had her back to me. Kate looked fucking incredible coming and going. I liked a woman with curves, and she was far from lacking in that department. She had light brown hair that danced around her shoulders when she wore it down, porcelain skin that looked like silk, and amber eyes that usually looked brown, but stood out when there was enough light to see them properly.

She was easily the most delicious thing in this goddamn bakery.

She was also the only thing in the place I was sure I wasn’t getting a taste of.

A minute later, she came back with the tied up box, setting it on the counter by the register.

Anything else?” She tried to avoid my eyes but ended up looking right at my mouth. My cock took notice, fixing to fight for attention.

I was so fucking tempted to answer with something like “a taste test” just to get a rise out of her, but I bit my tongue.

“Two of the lemon cupcakes, one raspberry chocolate, and” —I peeked around her— “are those the mocha ones you’re working on?”

She glanced over her shoulder like she wasn’t sure what she’d been doing when I walked in. “Um…yes.”

Again, it was full hustle to get away from me. I got it. If I were a better man, I might stop coming in. Of course, I’d probably lose it if I tried going cold turkey from my preferred sugar fix, but I could at least talk someone else into coming for me. Jess would probably do it if I bankrolled her own cupcake habit.

Turns out, I wasn’t that good of a person. I wouldn’t push her, but I couldn’t deny myself at least getting to see her beyond just the Disciples’ parties. These little visits were like a fucking drug.

“How’s your boy?” I asked, grasping at anything to get her to talk to me.

“He’s good. He’s telling everyone at his daycare that he’s going to be a biker when he grows up.” It was impossible to miss the love and pride in her voice.

“Probably not a stretch. I wouldn’t be surprised if the brothers had him on his own bike the minute he’s old enough.”

“His dad had a bike, too. Owen’s been around them since he was born.”

I watched as what she’d said registered. I saw her freeze, every inch of her tightening up. She was still facing away, keeping her expression hidden, but I didn’t doubt it was a mix of shock and devastation. I hadn’t known what a minefield the topic was, though I couldn’t be sure I’d have avoided it if it was. Mom told me time and again as she got better that talking about Dad helped, even as much as it hurt.

“I’m sorry. I know that doesn’t help at all. I know it still hurts and all the sympathy in the world doesn’t touch that, but it’s true.”

For a long moment, she didn’t move. I didn’t even see her breathing from my vantage point. Then, she turned around with the box of cupcakes in her hands. She didn’t adopt that benign smile she always had at work, but that didn’t mean she was giving me any glimpse of the real grief.

No, Kate’s face was fucking blank.

It wasn’t my fucking place to try to “help,” especially not while she was at work. Suddenly, if I could take the words back, if I could undo even the reminder of her husband, I’d do it in a heartbeat.

Before I could dig my foot out of my mouth and figure something out to say, she went over to the register and started ringing up my order. “That’ll be $17.56.”

Even her voice was flat, lifeless.

Rather than push and make a bigger ass of myself, I pulled out my card and paid without a word. I kept my mouth shut as she wordlessly handed it back with my receipt, and then slid the boxes toward me.

Only when I had them in hand did she say, again in that dead voice, “Have a nice day.”

"He'd left a mark that went way beyond the skin."

Marked is a Savage Disciples MC crossover story. I'm a big fan of that series and was very excited to revisit some of my favorite characters. Sailor's Grave Tattoo Parlor is run by a club member so the two worlds intersect beautifully. However; this particular story is not about him. Nope, it features a very talented and sexy tattoo artist who works for him. I noticed the author doesn't mention his name in the synopsis so I'm reluctant to do so either.

What I can tell you is that having a box of tissues nearby while reading this story is a good idea, especially if your Kindle is not encased in a waterproof cover. Your emotions are liable to get the best of you at some point during the reading of this emotional journey through first love and loss. And then, they might come in handy for other things later. You know, like when either you or your reading device breaks out into a sweat from the #HEAT. 🔥

One of my favorite quotes. "It's like you were the only one in my life who could have helped me through the trauma of losing you. How fucked up is that?"

Since I'm trying to be careful not to share anything that the author would prefer to keep as a surprise for her readers, I'll just leave you with a few thoughts to peak your curiosity that you might remember later with a smile.

➤ Sometimes there's not much distance between an 'oh' and a 'O' .
➤ There's no such thing as too much paint. Some masterpieces just take longer to dry.
➤ He has a #SweetTooth and he craves more than her #Cupcakes.
➤ When it's #Perfect you'll know it.

Was that as clear as mud? But admit it, you're intrigued, right? I encourage you to give into it and one-click this amazing story that will fill your heart and leave you smiling as you wait for the next installment in the Sailor's Grave series. The line forms here... 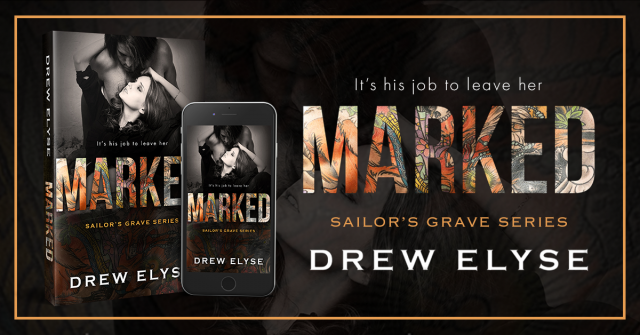