Meeting His Match by Shannyn Schroeder 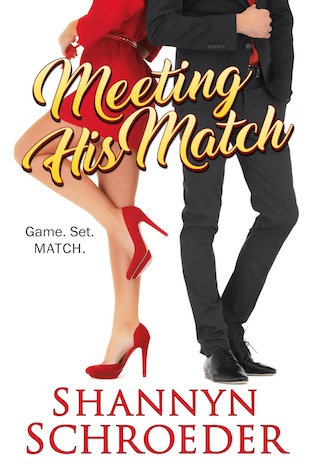 Malcolm “Mac” Sterling has one goal: take over the family matchmaking business. His final obstacle? Host his family’s new dating show and prove he can help each contestant find true love. One catch. Mac’s meddling mother has approved a co-host, a so-called expert who seems impervious to his charms. Now he could lose everything, because if his co-host proves she’s the better matchmaker, he can say goodbye to his legacy.

Natalie “Gem” Hale never intended for her alter ego as an online dating expert to get her the opportunity of a lifetime—or for that opportunity to come with a co-host who’s as infuriating as he is tempting. But she didn’t get this far by backing down from a challenge. All she has to do is keep her secret identity a secret.

Except as sparks fly and the competition heats up, Mac realizes his co-host is hiding something. He’s just got to figure out what.

Mac paced through the reception area waiting for Bradley Winford and this Gem person. He’d yet to get a last name on the woman. He tried sitting on one of the armchairs but was too restless. He’d asked Paul to come to the meeting, but he’d had other clients to deal with. As Mac made another circuit through the room, cursing himself for his need to arrive everywhere early, the front door opened and Gem strode through, looking a little harried.

Once inside, she smoothed a hand over her hair and down her dress, which was blue, a shade darker than her eyes. The front dipped low, but not immodestly so. She rolled her lips together and trekked on crazy high heels to the receptionist’s desk. She was told to have a seat, the same way he’d been.

She sat on a chair, her back stiff and hands folded in her lap. Briefly closing her eyes, she inhaled deeply and when she reopened them, her gaze met his. Her left eyebrow quirked but didn’t make it to a full arch. Her lips moved incrementally into a smile. Then she shot her gaze downward.

Shifting on the chair, she angled her body and crossed her legs. She knew exactly how to draw a man’s eye, he’d give her that. Eyelids lowered slowly and then she glanced up at him again, barely making eye contact.

Was she seriously hitting on him?

When she brushed her hair off her shoulder—not quite a flip—he confirmed it. She was flirting. He stayed rooted to his spot, afraid to continue his pacing because then he might miss something good. Slipping his hands in his pants pockets, he rocked back on his heels waiting for her next move.

Really, if this was the best she had, he truly had no worries about competing against her.

When he didn’t respond to another smile or a too-obvious bend at the waist to reveal cleavage, she stood. She strode with a slow, hip-swaying swagger to where he stood and pointed at the poster behind him. “Have you ever seen this show?”

Her voice was low and slightly husky. In the right room at the right time, it was the kind of sound that would’ve had an effect on him. He ran his tongue over his teeth and looked at the poster.

“Too bad. I was hoping you could tell me if it’s worth binging.” She reached in her purse and pulled out a pack of gum, offering him a piece.

He shook his head but continued to watch her. She slowly folded the stick of gum on her pink tongue and when she reached around him to toss the wrapper in the trashcan, she not too subtly brushed against his arm.

“Excuse me,” she whispered. When she straightened, she extended her hand. “Hi, I’m—”

Winford shook her hand a little too vigorously. “I see you’ve met Malcolm.”

What Mac wouldn’t have given to see her face.

Brad pointed to him. “Malcolm Sterling, your competition for the show.”

Slowly, she turned and the look on her face was even more priceless than he’d imagined.

A flash of something came across her face, her mask slipping. It wasn’t just surprise. There was something else there. Quickly, she schooled her features back into the flirt. It seemed to be the only thing she did quickly. She shook his hand and offered a brief smile.

Brad clapped his hands. “Let’s get this started, shall we?”

Gem turned and followed Brad. Mac fell into step beside her.

“My friends call me Mac.”

“Only my mother calls me Malcolm.”

“That would’ve been useful information to have, oh, say, ten minutes ago. You obviously knew who I was the minute I walked in.” Her voice came out a sharp whisper so Brad couldn’t hear.

“Any reason you didn’t introduce yourself?”

“I was enjoying your flirting techniques.”

She shook her head and stepped into the conference room. She waited until Brad took a seat and took the one directly across from him. Mac chose the seat beside her.

She shot him a look of irritation.

Suddenly Mac decided this adventure might not be so boring after all. 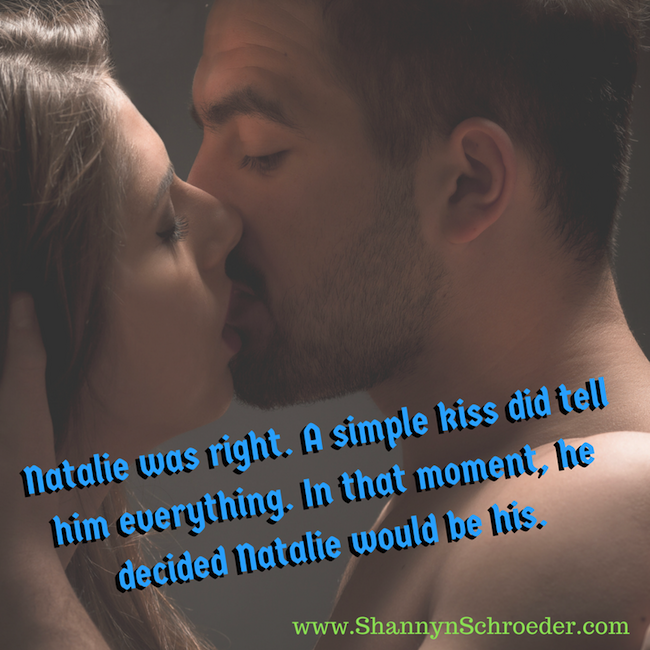 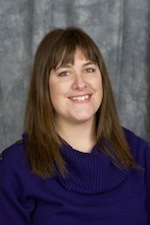 Shannyn Schroeder is the author of the O’Learys series, contemporary romances centered around a large Irish-American family in Chicago and the Hot & Nerdy series about 3 nerdy friends finding love. Her new series (For Your Love) currently has 3 titles out - Under Your Skin, In Your Arms and Through Your Eyes. When she’s not wrangling her three kids or writing, she watches a ton of TV and loves to bake cookies. Find out more at: www.ShannynSchroeder.com

5 Comments to Meeting His Match by Shannyn Schroeder