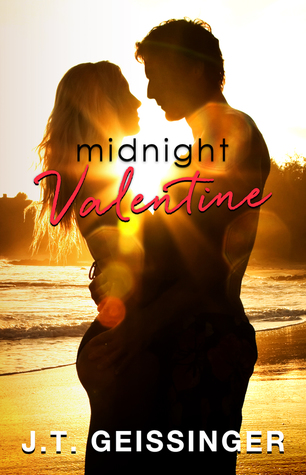 Megan and Cassidy were childhood sweethearts who thought they would be together forever. Fate had other plans. Soon after they were married, Cass’s life was tragically cut short. Still grieving her soul mate five years later, Megan moves to the small town of Seaside, Oregon, hoping to rebuild her life.

Her first night there, she meets the town recluse, Theo. Withdrawn, guarded, and mysteriously silent since a terrible accident left him scarred, Theo takes an instant and inexplicable dislike to Megan. But as their paths cross again and again, Megan becomes convinced there’s more to Theo than meets the eye. When she discovers the reason for his silence, his nightmares, and especially his pointed dislike, Megan becomes convinced of something far more astonishing.

Is a second chance at a once-in-a-lifetime love possible, or is a broken heart the cruelest kind of liar? 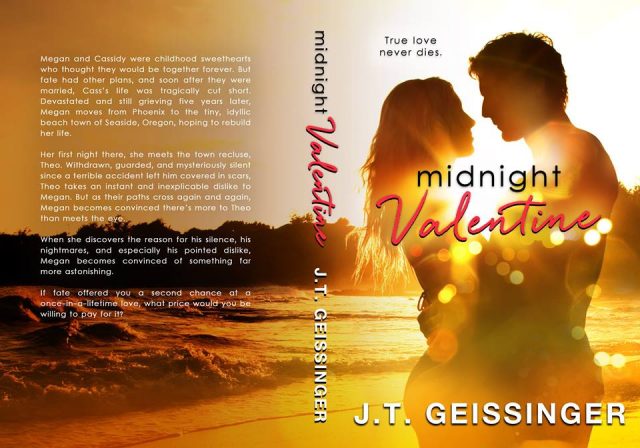 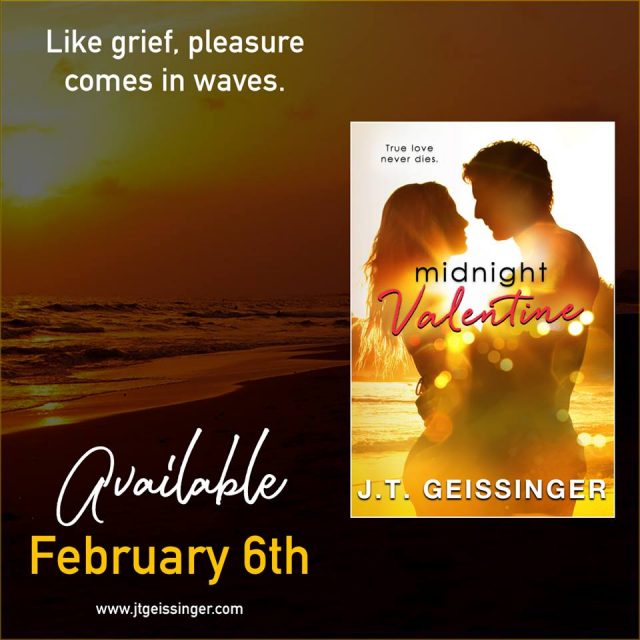 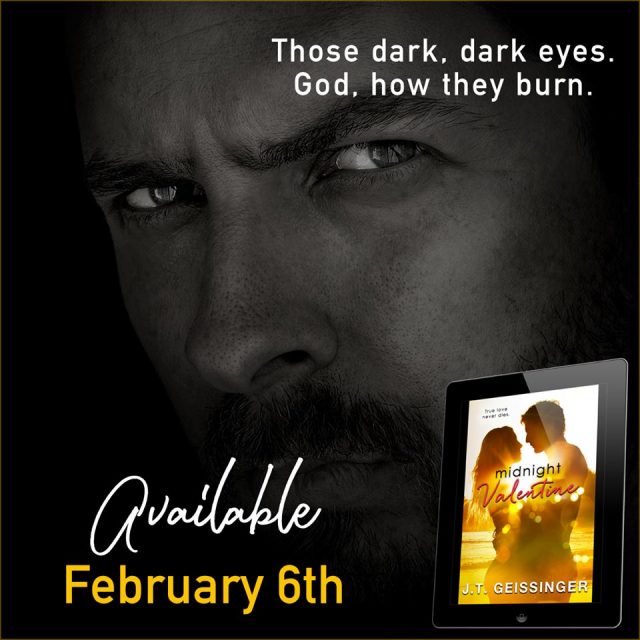 I don’t even know!
How does she do it!!?
What just happened!?

I can’t even tell you the emotional roller coaster this book has taken me on! J.T. can write! Every book I have read by her has dragged me under and tore me apart. She writes strong woman and fascinating storylines. All of them with great sex, smartly written and very funny.

This story is written in Megan‘s point of view as we see her move to a new city to start a new life, one that she was supposed to start with her husband. We discover her husband died in a horrific car accident and that she continues to live the life they were supposed to have in running a B&B. But along the way we start to wonder, was death the end of him?

Megan doesn’t believe in fate or destiny, she doesn’t even know if she believes in a God. But when voice inside keeps nagging at her with so many coincidences, she has to wonder, crazy or reincarnation?

When Megan starts this new life she also makes a hilarious new friend, Suzanne. Suzanne has such a personality that anyone would want her as a friend. She’s flirty and funny she is a girly girl that will stand up for you and always be by your side.
“...and when you have 38 double D‘s, going out of the house without a bra is like getting into a car without a seatbelt: careless, dangerous, and something you can get in trouble for.”
Comments like that run throughout the book. Along with slight ribs and snark. This book absolutely made me giggle and well as melt my heart.

And your heart will dissolve!

Megan and her husband, Cass, had the love that goes beyond one lifetime. J.T. describes this relationship so much passion and intensity that you become devastated by it’s loss and desire it’s rebirth.

When I’m given subject or genre and asked what book to read I always search my mind for one written by J.T. She has always impressed me with her words and how in every one of her stories is an escape I don’t want ending. 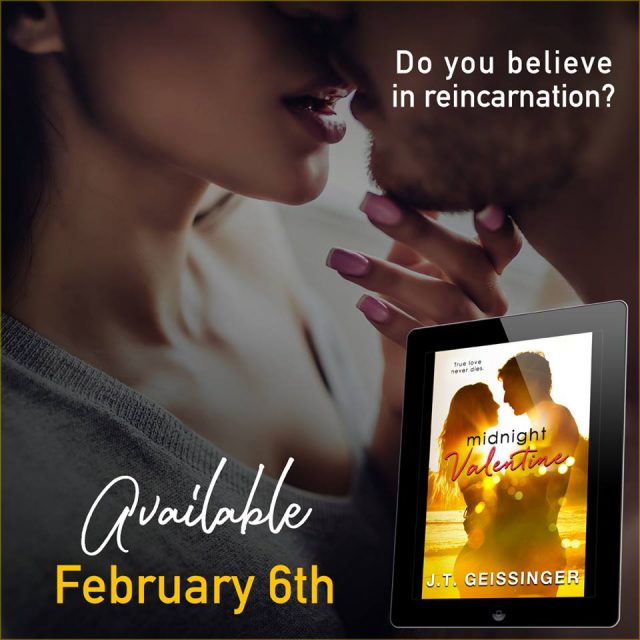 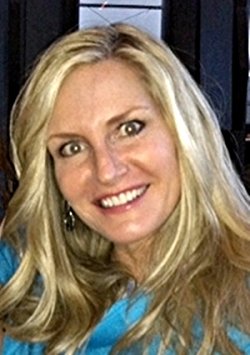 A former headhunter, J.T. Geissinger is the author of more than a dozen novels in contemporary romance, paranormal romance, and romantic suspense.

She is the recipient of the Prism Award for Best First Book, the Golden Quill Award for Best Paranormal/Urban Fantasy, and is a two-time finalist for the RITA® Award from the Romance Writers of America®. Her work has also finaled in the Booksellers’ Best, National Readers’ Choice, and Daphne du Maurier Awards.

Join her Facebook reader’s group, Geissinger’s Gang, to take part in weekly Wine Wednesday live chats and giveaways, find out more information about works in progress, have access to exclusive excerpts and contests, and get advance reader copies of her upcoming releases.