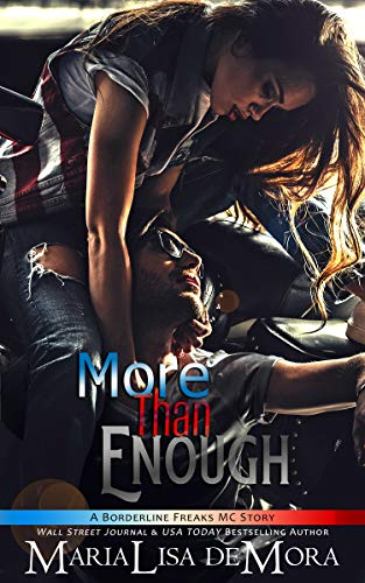 When a man sees himself as damaged, imperfect, and flawed, it's hard to believe there could be love in his future. After a near-fatal accident stripped Blade of his confidence, he didn't hold out much hope … for anything.

Where he sees destruction, she sees perfection.

Where he sees helplessness, she sees courage.

Where he sees ruin, she sees strength.

Can he ever believe he's more than enough? 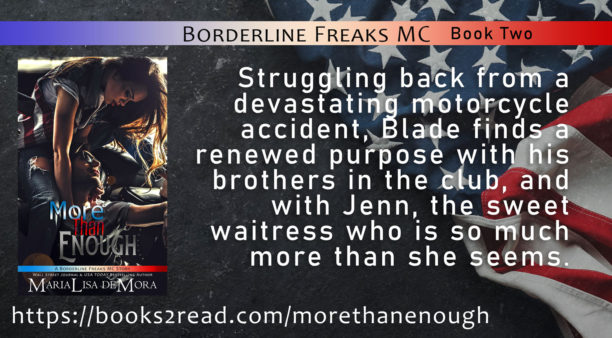 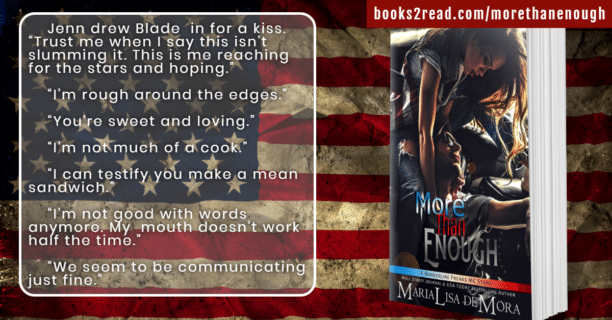 "I don't think you need to be fixed, Nathanael. I like you just the way you are."

The author is really giving me the feels with her Borderline Freaks MC series. Each of the members so far has survived the Military and more. They have been broken...and beautiful in their own way. What they perceive as weakness many of us see as a strength. They gave of themselves and paid a price. They survived, and so did the memories and the pain.

Blade is struggling with his past and his perceived failures. It's a good thing that his brothers have his back. They remind him that he's needed and offer their support. When he runs into Jenn for the first time she takes his mind off his troubles. Nothin' like a beautiful woman to get his thoughts where they should be...on her, apparently. He can't seem to stop thinking about her. She brings out his protective side. She makes him want things that he knows he doesn't deserve. "She's f*(kin' perfect, and I'm...me."

Jenn sees him, inside and out. He's been through so much and is still standing. He seems to keep showing up exactly when she needs him. When asked, he tells her, "I work construction. Rescuing women is my side hustle." She wants to be more than his side hustle. But how can she convince him that he is more than enough?

MariaLisa deMora, oh how you've mastered your word wizardry. You write the most amazing big alphas with even bigger hearts. They never fail to turn me into a puddle of goo. Please never stop. I'm looking forward to Lack of In-between. The line forms here... 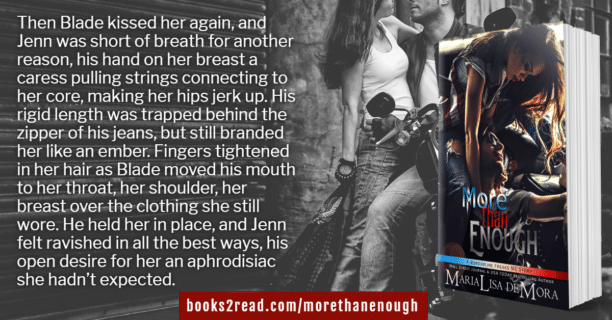 What Others Are Saying
Excerpts from Goodreads reviews
"MariaLisa deMora, oh how you've mastered your word wizardry. You write the most amazing big alphas with even bigger hearts. They never fail to turn me into a puddle of goo. Please never stop. I'm looking forward to Lack of In-between. The line forms here..."
"I love when a character feels like they are so flawed, not deserving of anything yet you know deep down they are! Takes a special person to show them that they are perfect! I can’t wait more!" 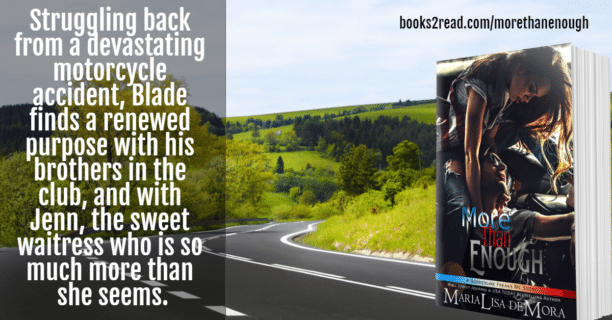 One Comment to More Than Enough (Borderline Freaks MC, #2) by MariaLisa deMora