Nine: The Tale of Kevin Clearwater (King #9) by T.M. Frazier

"Nine was just as hilarious as it was dark and violent. Just as deep and emotional as it was smoking hot. NINE stars!!!"- BB Easton, bestselling author 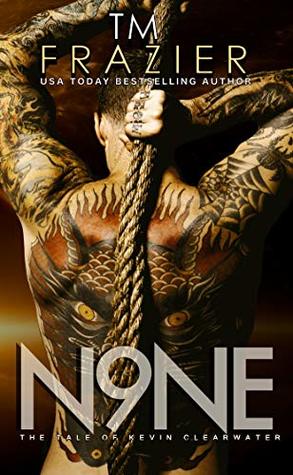 Stalking is such sweet sorrow...

Nine lives.
Nine inches.
One chance to make her his.
Preppy's brother is about to live up to the family legacy in more ways than one.

This is the story of Nine, The Tale of Kevin Clearwater.

Nine can be read as a complete standalone.

I look up into his dark eyes. “This is a dangerous game of cat and mouse we’re playing.”

“More like a game of cat and bird,” he corrects.

I straighten my posture, my nipples grazing his hard chest. “And we all know how that turns out in the end. The cat eats the bird.”

Nine lightly scrapes his nails over my bare arms before pressing them into my skin. I gasp at the slight bite of pain. “No, the pretty bird swoops down from nowhere and sinks her sharp talons into the cat, marking him for life.”

There’s no sarcasm in his voice. I don’t know how to begin to process what it is he’s saying. It takes all of my concentration to get out my next few words.

Nine picks me up off the floor in one quick motion, flipping me back onto the bed. He crawls over my body, hovering above me, pinning my wrists to the mattress. He grazes his teeth over the sensitive spot behind my ear. He lowers his voice to a deliciously deep rumble that has me vibrating with his every word. 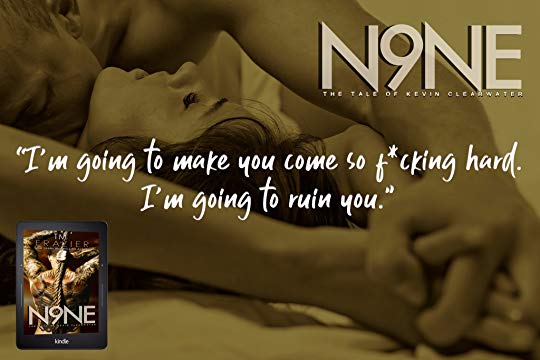 "—I know firsthand that sometimes you gotta burn shit to the ground to appreciate the beauty in the ashes."

I've been so excited to jump back into the King world. I was very intrigued by Kevin, his nickname and his past, and couldn't wait to dig deeper. He's Preppy's brother, but they didn't grow up together. They found each other as adults. And what a meeting that was.

If you've been reading this series you know that it takes a strong woman to handle the men of Logan's Beach. These men are leaders and make their own rules. They don't ask permission or beg forgiveness. So, Kevin has a lot to learn to be accepted into the fold, and that's what he wants. A family to finally belong to. Someone to have his back. A life worth living and a future to look forward to. Brotherhood is what he was going for, not a woman. Women fall all over themselves trying to get his attention, without success. But she's different. He's drawn to her in spite of his efforts to resist. He's determined to learn her secrets, without giving up his own.

Meeting her was also memorable. Kevin apparently has a knack for that. Something to remember, even when he'd rather forget. She feels like his...too bad she doesn't know that.

I really enjoyed reading this story in dual POV so I was privy to the secrets that they kept from each other. It just amped up my anticipation for when they finally came out. One thing that wasn't a secret was the intense connection they felt, it was so strong that I felt it too.

"But this thing between us, connecting us, is far from a romance. It's a crash."

Yeah, they were on a collision course and I was just sitting back with wine and popcorn, waiting for them to go boom!

As I've come to expect from the author there is no absence of suspense and surprises. I have never managed to read any of her stories without at least one WTF? I'm not complaining, I love it! I'm bubbling over with what I just read, but I can't tell you. Just hurry up and read it yourself so you can get giddy with me. And then, she teased me with a taste of what is to come...another WTF? Hell yeah! The line forms here... 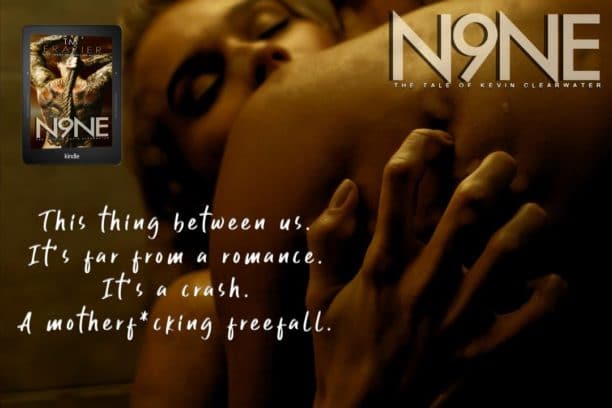 T.M. (Tracey Marie) Frazier never dreamed that a single person would ever read a word she wrote when she published her first book. Now, she is a five-time USA Today bestselling author and her books have been translated into numerous languages and published all around the world.

T.M. enjoys writing what she calls sexy‘wrongside of the tracks romance’ with morally corrupt anti-heroes and ballsy heroines.

Her books have been described as raw, dark and gritty. Basically, what that means, is while some authors are great at describing a flower as it blooms, T.M. is better at describing it in the final stages of decay.

She loves meeting her readers, but if you see her at an event please don’t pinch her because she's not ready to wake up from this amazing dream. 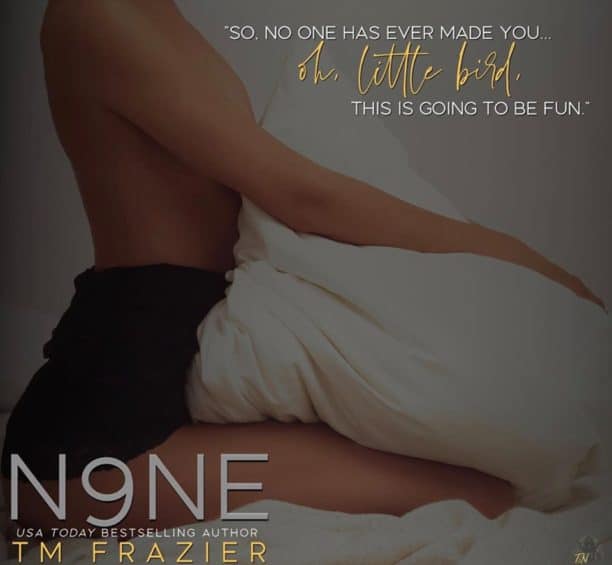