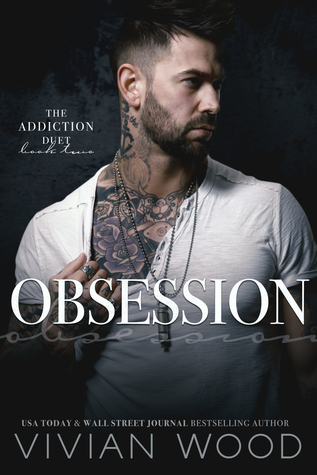 Harper wanted Sean to dominate her, to degrade her… and she loved every second of it. Every hot, gasping-for-breath, clenching-the-sheets moment. She loved to have him looming over her, dictating her every move. She got off on it.

But now it’s too real. Their relationship has gotten complicated and dark, fast.

For Sean, Harper is more than just a good f*ck. She’s quickly becoming an obsession. When she pulls him from the fire yet again, he can’t pretend that she’s not the center of his world.

But Harper’s got secrets too, and hers are twice as deadly. When she finally starts to unravel, they will both have to find a way to save themselves — and each other — if they want to stay together.

Sean woke up late, aware from the way the sun poured through the window that it was close to mid-day. Sean groaned and checked his phone. Almost eleven.

He hadn’t heard Harper at all. Normally, he was woken up by her grinding of smoothies in the morning for her pre-gym protein. Sean pulled himself out of bed and adjusted his morning erection. Already, dreams of the previous night escaped him, but he knew they were all Harper. They always were.

“Hey,” he said as he opened his bedroom door. She was curled up on the couch. A book rested on her knees.

“Hi,” she said. For once, the smile that spread across her face was easy and natural. It was the first time since they’d moved in together.

“You haven’t eaten?” he asked.

She shook her head. “Not in the mood for a smoothie,” she said. “How about brunch?”

He made his way to the kitchen. Yesterday, when she asked him to cook for her, it was a sign. That was his way back to her. Sean pulled out the half-dozen eggs from the fridge and the packet of English muffins. He cracked the shells and started to whisk egg yolks with lemon juice in a stainless steel bowl for the hollandaise sauce.

He heated a saucepan with a thin layer of water. As he drizzled in butter and watched the sauce thicken and double in size, he sensed Harper behind him. Afraid to say anything, worried that it might scare her away, he reached for the salt and cayenne. “Are you making eggs benedict?” she asked.

“I didn’t know people actually made that.”

He laughed as he started to brown the bacon in a skillet. “Did you think they just appeared?”

“I don’t know!” she said. He handed her two English muffins to toast. “I thought they were really hard. Like, only chefs made them.”

“They’re not hard,” he said. He broke another egg into the water and reduced the heat to a simmer.

“How do you know when they’re done?” she asked. Harper peered into the pan. “Practice,” he said.

“About three and a half minutes,” he said. “Watch for the egg white to set but the yolk should still be soft.”He removed one of the eggs with a slotted spoon and let it drain over a paper towel. As he carefully assembled the benedict and spooned the poached egg on top of the bacon, he seasoned both plates with salt and pepper. Finally, with the hollandaise poured over them and a garnish of chopped parsley, he handed Harper her place.

She looked at it like it was a science experiment. Sean could see numbers and calculations flying across her face. “Just try it,” he said gently. “It’s good for you.”

He ushered her towards a seat at the kitchen island and kept an eye on her while he put more bacon into the pan and pulled out the pancake mix. “You’re making more?” she asked, her eyes wide.

“You haven’t had breakfast or lunch, have you?”

She didn’t answer, but when he pushed the freshly cooked bacon onto her plate, she made a face and started blotting at them. “How many calories are in bacon?” she asked. “Does it really matter? Just enjoy it.”

She gave him a look like a surly teenager. He watched her as she nibbled on everything, going at the egg whites with more gusto than anything else. When the first batch of pancakes were done, he started to check on a dry piece with his hands and forked two onto her plate, but Harper shook her head vehemently. “No more,” she said.

He sighed and looked at her plate. For her, she’d ate a decent amount, though it still wasn’t nearly enough to count as sustenance.
“You interested in working out together again?” she asked.

“I don’t know. Maybe,” he said. “It’s Sunday. I thought maybe we could lounge on the couch and watch a movie first. We can decide if we want to work out later.”

“Hey. How about you choose the movie?”

“You said I could choose.” She pulled a face that dared him to disagree.

They sat on opposite ends of the couch like armies readying for battle. Eventually, Harper propped her feet up on the couch, taking up two-thirds of it. “You want a foot rub?” Sean asked.

She looked startled, but bit her lip and nodded.

He started at her perfectly white feet, cold to the touch. Sean warmed them, surprised at the softness—especially with all the working out and those insanely high heels she wore. When he worked his way to her bare calves, she didn’t react. The rolled-up boxers she wore as pajama bottoms had hiked up so high that his hands had miles of flesh to explore.

Sean reached her thigh and she squirmed. When he raised his eyes to hers, there was a hunger in there he hadn’t seen in weeks. She lunged at him. Her lips met his as her arms snaked around his neck.

Without thinking, he kissed her back. Harper’s hand twisted around the front of his tee-shirt and she pulled him closer. That kind of desire, that dominance, was new in her. Any other time, he’d despise it, but something about it being her made him harden instantly. 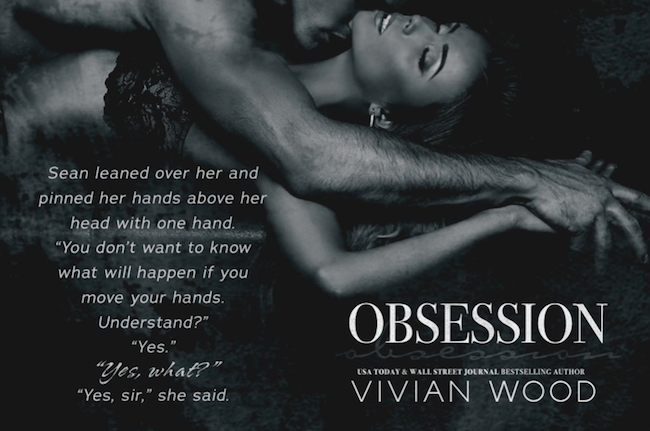 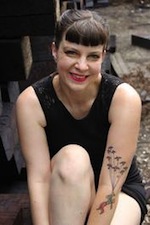 women who bring them to their knees.

Vivian's lasting motto in romance is a quote from a favorite song: "Soulmates never die."

Get a FREE Vivian Wood secret office romance by copying and pasting this into your browser window: http://vivian-wood.com/get-news.