Lisa Renee Jones is back with a sexy, stunning STANDALONE! 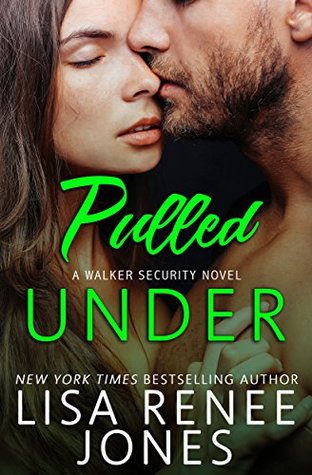 He is blond, tattooed, and dangerous. She's as beautiful as she is mysterious and could be his destruction…

Asher wasn't always a member of the elite Walker Security team, he was a billionaire's son, who rebelled against his father's controlling hand, and ended up in New York City's underground of drugs, rock n roll, and danger. But that is long behind him, and while his tattoos and long blond hair remain, he's now a chameleon, far more comfortable in a suit and tie than a leather jacket.

Or so he likes to tell himself.

But now Walker Security needs him back inside the underground club scene for a police case they're working. Women are dying, murdered, and the clock is ticking until another victim is claimed. When Asher is pulled back into this toxic world he meets Sierra, who is as beautiful as she is mysterious. A woman who calls to a darker side of him, long suppressed, unleashing it in what becomes wicked hot passion and obsession. But Sierra has a secret, one that leads her, and Asher, to a dangerous place, and game, with dangerous players, and the game is about life or death. 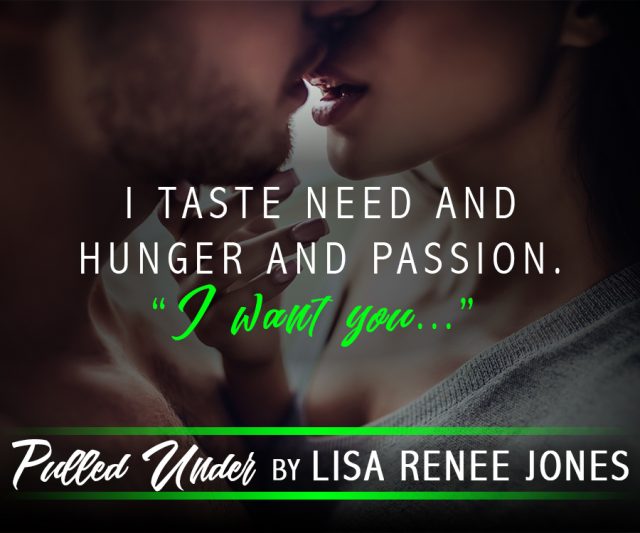 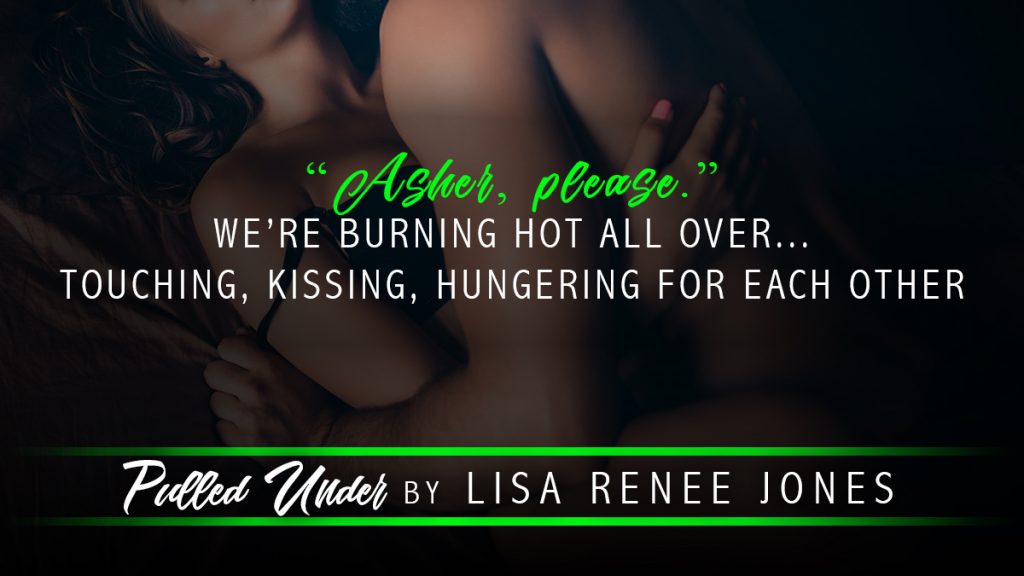 “You want more now, and yet you don’t want it enough to make it end. And I already don’t want it to end, Sierra.”
She leans into me, her head resting on my shoulder, emotion that isn’t pleasure radiating off of her and crashing into me. I cup her face and tilt her chin up, my thumb stroking her cheek. “What are you thinking?”
“Nothing. Everything. Can you kiss me again already?”
“Where, Sierra?”
“Where?”
“Where do you want me to kiss you? Tell me.”
“Everywhere.” She pushes to her toes, and her lips find mine, looking for an escape, trying to drive her demons away.
I want to demand her answer, make her tell me where she wants my mouth, but I feel her desperation, her need to escape whatever is in her head. And so, I press my lips to hers, I kiss her mouth, drinking her in, and I don’t taste him this time. I taste her. I taste us. I taste need and hunger and passion. “I want you naked,” I say, my hands sliding inside her jeans and panties. “In every possible way, Sierra.”
“I’m pretty sure I’m already there, and it’s terrifying.” She flattens her hand on my chest. “If you turn into an asshole, I swear—”
“You can punish me,” I promise, “and I’m still willing to offer suggestions.”
“If you turn into an asshole after I trusted you,” she says. “I won’t need suggestions, Mr. Ex-Navy SEAL who won’t be able to hide from my wrath.”
Fuck, I’m crazy about this woman. “Good thing I’m not going to turn into an asshole. I want you naked,” I repeat, and this time, I make it happen. I lower myself to one knee and take her jeans and panties with me. My arm wraps her waist and I lift her, dragging her clothing away, and setting her back down. My hands settle on her hips then and I look up at her. She stares down at me, the simmering look in her eyes all about arousal, submission. And I want that from her and not because it’s some sex game, of which I could play and play well.
I press my lips to her belly and just that easily she trembles, and it only makes me want more. Everything is more with her.  I drag my mouth lower and lower... 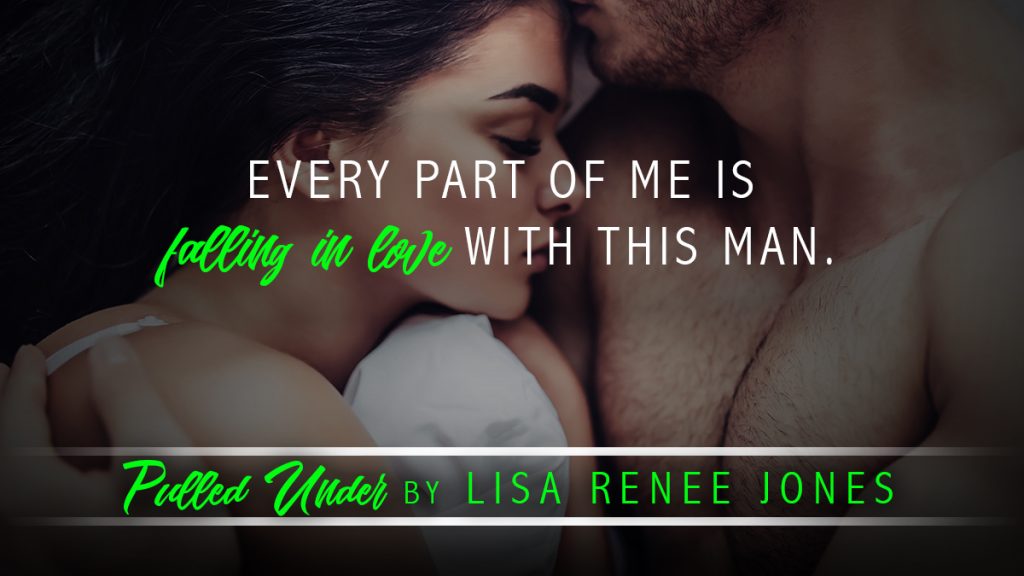 "The right kind of Beast."

Pulled Under did just that, pulled me under as the author weaved a tale of secrets and suspense. Being a big fan of crime drama on TV, I had the best time testing my profiler skills as I joined the Walker Security team as they worked a dangerous case.

Asher is an Ex-SEAL. But it's hard to tell now that he's covered in tattoos and wears his blond hair long. Nobody would suspect he's working undercover as he smoothly charms the ladies and jokes with the customers as he tends bar. And when the new girl shows up, he can't be blamed for assuming she was there to dance on the bar, right? He thought it was a compliment, but apparently, she found it offensive.

She is on the run. She's working for tips only and that tells him she doesn't want to be found. Just what he needs to bring out his alpha protective instincts. She's fierce and beautiful. And she has no intention of answering any of his questions. Of course, that's what he can't resist, a mystery to solve. And when he learns that she's in danger, good luck getting rid of him. And guess what, Asher is a package deal, he comes with the whole Walker family.

I really enjoyed this installment of the Walker Security series. I'm getting very attached to the men and their women who are also part of the team. Their witty banter is very entertaining and their love and support for each other endearing. I can't wait to meet the women that tame Jacob & Savage, they have their work cut out for them. The line forms here...

In addition to the success of Lisa’s INSIDE OUT series, she has published many successful titles. The TALL, DARK AND DEADLY series and THE SECRET LIFE OF AMY BENSEN series, both spent several months on a combination of the New York Times and USA Today bestselling lists. Lisa is also the author of the bestselling the bestselling DIRTY MONEY and WHITE LIES series. And will be publishing the first book in her Lilah Love suspense series with Amazon Publishing in March 2018.

Prior to publishing Lisa owned multi-state staffing agency that was recognized many times by The Austin Business Journal and also praised by the Dallas Women’s Magazine. In 1998 Lisa was listed as the #7 growing women owned business in Entrepreneur Magazine.

Lisa loves to hear from her readers. You can reach her at www.lisareneejones.com and she is active on Twitter and Facebook daily.

One Comment to Pulled Under (Walker Security, #2) by Lisa Renee Jones