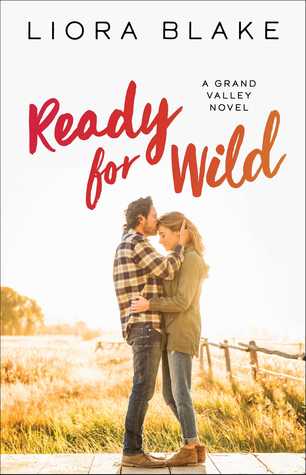 Braden Montgomery is certain about three things: one, luck is for suckers; two, time spent outdoors is what keeps him sane; and, three, when it comes to sharing his bed, there’s only one female he’s willing to put up with—his Chesapeake Bay retriever, Charley. Braden’s constructed his life on these beliefs, and he’s quite content with the status quo.

But when a moment of bad luck lands Braden toe-to-toe with a blonde bombshell with her own television show, his stubbornly structured reality begins to unravel.

As for Amber Regan, her brand has been built on camo, cut-offs, and cleavage. With her own hunting show on the foremost sports channel and enough social media followers to garner her plenty of endorsement deals, Amber’s come a long way from the tomboy in a small Texas town she once was. Unfortunately, ratings are down and her contract for next season is in limbo, so she’s in desperate need of a reboot to save her show—and filming a rough and tough archery elk hunt in Colorado might be the way to do just that. Too bad the local game warden grunts more than he speaks, seems determined to despise her—and makes her heart race in all the most inconvenient ways.

So many 'filthy and fabulous' moments to enjoy.

This is my 2nd Liora Blake book, but the first in the Grand Valley series. While they were totally different from each other, the author's talent and sense of humor shined through in both. She kept me smiling from beginning to end while reading Ready for Wild

Braden has a 'porcupine personality' per his boss. Which makes his job as a game warden perfect for him. He gets to spend lots of time outdoors, and alone. When he learns that a sexy pin-up version of a game hunter with her own reality TV show is coming to check out his territory, he's not happy. His disdain for her profession is something he doesn't even try to hide when he meets her for the first time. While he can't deny she's beautiful, camo should not be pink! His prickly personality is not the best kept secret, however; his coworkers have been around him long enough to see that underneath his growly exterior is a true friend willing to help out when needed.

Amber was subjected to, "An hour and a half hiking behind that behind while it flexes away, right in front of you. Good luck trying to keep from noticing-or appreciating-it. I know I was only there virtually, but I was mentally appreciating it. I was also appreciating the witty banter and sarcasm as he suffered through the experience, having drawn the short straw with the other game wardens who actually wantedbto be her tour guide. I could feel the chemistry between them as they bickered. I was rubbing my hands together in anticipation of the explosion that I knew would occur when they finally gave into the sparks flying.

It only got better from there as the grunting and gasping escalated when they went belly to belly over many topics and situations. It was a very entertaining read and a nice break after reading something heavy or dark. #TeamYeti 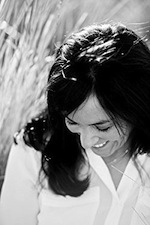 Liora Blake is a contemporary romance author living in Colorado.

When she isn’t writing, she’s likely baking cookies she shouldn’t eat, inventing elaborate excuses to avoid going for a run, or asking the nice barista to sell her another quad-shot Americano.

7 Comments to Ready for Wild (Grand Valley, #3) by Liora Blake