A Secret for a Secret (All In, #3) by Helena Hunting

Title: A Secret for a Secret 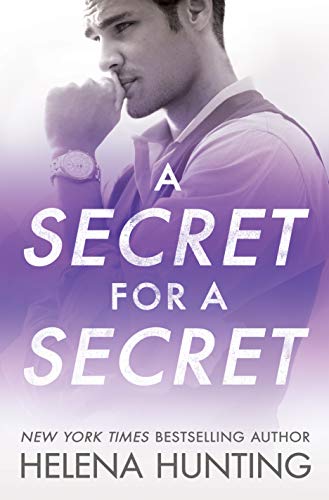 My name is Ryan Kingston, and I’m a rule follower. I’ve never been in a fistfight. I always obey the speed limit. I don’t get drunk, and I definitely don’t pick up random women at bars.

Except the night I found out that my whole existence has been a lie.

I got drunk. And picked up a stranger.

Her name was Queenie, and she was everything I’m not: reckless, impulsive, and chaotic. We did shots and traded secrets. And ended up naked at my place.

She left me a thank-you note in the morning and her panties as a parting gift. But no way to contact her.

Six weeks later I’m sitting in the first official team meeting of the season, and there she is. I neglected to mention that I’m the goalie for Seattle’s NHL team.

And Queenie? Turns out she’s the general manager’s daughter.

“Lock the Boy Scout in the closet and let yourself off your leash, King.”

I’ve been so excited to finally get King’s story. I knew there was more than a milk-drinking, khakis-and-white-polos-wearing, rule-follower underneath all that pro hockey hotness…and I was right.

The idea that they met at a bar as strangers and spent the night together only to find out later that she’s the team GMs daughter is hilarious. It made it so fun as I waited for them to realize it, after the fact. And I must say, it was not a disappointment. I giggle every time I think about it.

While the story is full of funny moments, there are some heartbreaking ones as well. The events in their lives that brought them to the point of drunkenly trading ‘a secret for a secret’ made it perfectly understandable why they were drowning their sorrows. As I spent time with them, I became more and more invested in their lives and hopeful they’d be able to overcome the obstacle of their forbidden attraction to each other. Especially since…you know…he’s not a rule-breaker.

I really enjoyed this third book in the All In series and it was nice to be reacquainted with some of my favorite characters. Each time a new one is released it becomes my favorite…until the next one…sigh. The author never fails to make me fall in love right along with her characters and I can’t wait for the next time. The line forms here… 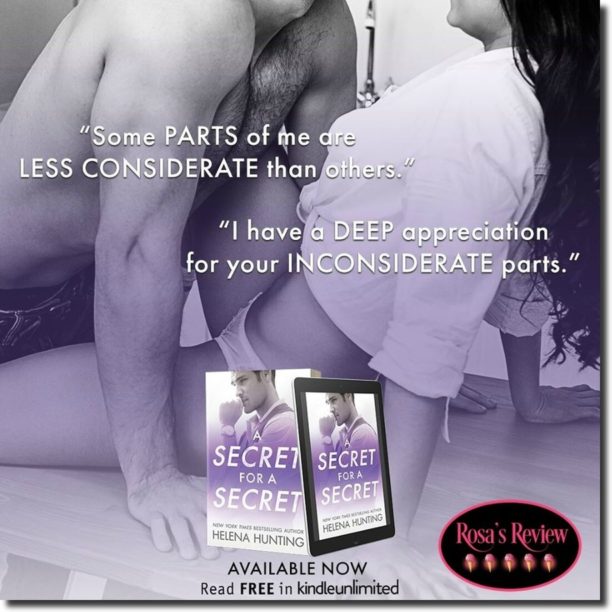 Memories of You by J. Kenner
My Cruel Salvation by J. Kenner
Embrace Me by J. Kenner
Dream Chaser by Kristen Ashley
Bayou Baby (Butterfly Bayou, #2) by Lexi Blake
More Than Dare You (More Than Words, #6) by Shayla Black
Driving Him Wild (The Mortimers: Wealthy & Wicked, #4) by Zara Cox
Dream Maker (Dream Team, #1) by Kristen Ashley
Coach Me by Shanora Williams
My Favorite Souvenir by Penelope Ward and Vi Keeland
Finding Mitch by Lynn Jaxon
Tease Me (Stark International Trilogy, #5) by J. Kenner