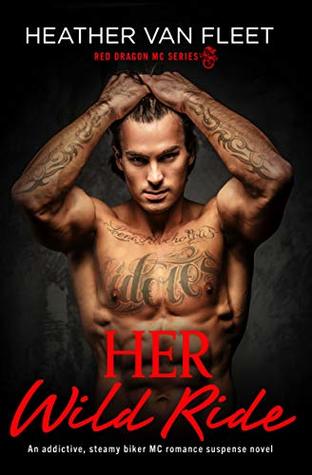 I’m not a hero. I’m a bad dude who’s done bad things. And the sooner she understands that, the better off we’ll be.

I’ve just got out of prison and I’m running from my MC, so my step-sister’s best friend has agreed to drive me across the country.

Summer’s my ride. That’s all. But she captivates me, and I don’t have a damn clue why. She’s a distraction I can’t afford.

Is it because I’ve been told she’s forbidden?

Is it because she’s preppy and freakin’ beautiful, so not a part of my world?

With every mile of our trip, every spark of connection, she seems to inch closer to me. The temptation is too much to resist.

But she has no idea just how dangerous life would be with me. I broke club rules. I betrayed my brothers to save a woman’s life. If the Red Dragons find us we’ll be in trouble. And if I give into my desires, she’ll be in deeper than she realises…

This is the first in the Red Dragon MC series featuring an addictive alpha biker. Guaranteed HEA, no cliffhangers and no cheating. Fans of Kristen Ashley, Joanna Wylde and Madeline Sheehan will fall in love.

“He had a certain dominance to him, edged with a bad-boy sex appeal, and would no doubt give me the ride of my life if I asked him to.”

This was my first time to read Heather Van Fleet. Of course, it was my MC Romance addiction that caused me to give her a try. I enjoyed the story, though I must say the 2nd half moved much faster than the first. But don’t mind me, I was just ready to get out of the car and onto a motorcycle. I know that it was necessary for the author to lay some groundwork for the series going forward.

He’s a bad boy and she’s a good girl. But that doesn’t stop them from being attracted to each other. The chemistry is there from the beginning. He’s an alpha asshole in the beginning. But I guess that’s understandable since he just got out of prison. I’m sure I’d be cranky too. Especially after learning how he ended up there.

Personally, I think she was crazy to agree to drive him. It makes good reading though, that’s why I love reading fiction. The characters do things I wouldn’t be brave enough to try. She’s funny and quirky and holds her own with him. His rudeness doesn’t get to her and she just dishes it back to him. I was especially amused by her making him listen to her choice of music on the radio.

As the story evolved the details regarding secrets and betrayals were revealed and shit got serious. The elements that I enjoy in a motorcycle club romance started emerging and I became more invested at the end. Though it’s not a cliffhanger, there are still unanswered questions that the following installments will address.