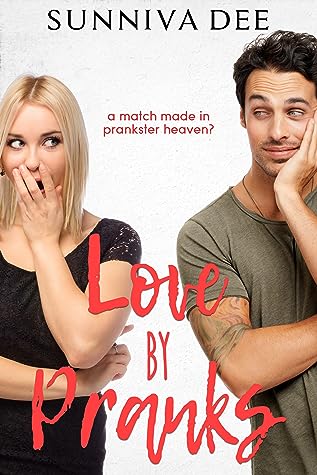 There were three things I, Kitty Hoskins, didn’t know when I moved into the all-girls, non-sorority house Blossom Field Avenue #246:

1) The house opposite ours, #247, is home to the gorgeous jerks of the Iota Fraternity.

2) Lucian Spencer Anderson lives in #247 and is possibly the hottest stripper-slash-social-science student you’ll ever meet.

3) #246 (The Blossoms) and #247 (The Dudes) have the longest standing, most ruthless prank war in the history of rivalries. The only thing the two houses agree on is that they live and breathe for the next battle.

Funny then that the real challenge is the one I never saw coming: an alliance with Lucian Spencer Anderson. When a cold winter threatens the stray cats of Deepsilver, our mutual love for animals forces us to team up. Bad, right? Well, it gets worse: we’re going to need the cooperation of our two houses to pull this thing off.

“Interesting how their culture is already rubbing off on me. I have to really pull myself together to not jump on their prank-train right away.”

Yeah, there was no way I could read the synopsis and not expect some shenanigans, right? But damn, the #Blossoms vs. #Dudes #PrankWar was beyond my imagination, it was epic! I guess that’s why I’ve learned to leave the storytelling to the author. She’s got a direct line to the most amazing characters that seem to pop-up again and again in her stories. Seeing a familiar name makes me smile every time. However, this is the first time I’ve read a Sunniva Dee #RomCom. I can tell you without exaggeration that I laughed until I cried and could no longer see the pages of my Kindle while reading Love by Pranks.

Kitty is the newest resident at Blossom Field Avenue #246. As she was driving up to the house for the first time she got her first gander at her hot neighbors at #247. They didn’t even let her get out of the car before they introduced themselves and made it obvious that her future was not going to be boring. I couldn’t help liking them immediately, they were silly and sexy and seemed harmless. It wasn’t until her new roommates explained the ongoing war between the girls and the guys that she realized the extent of their crazy. I kinda thought she would be shy and timid, planning to keep to herself and hide out in her room. Wrong. She’s badass and has a brilliant mind. Yes, I have a girl crush.

As they take turns pranking each other they try to outdo themselves and each other every time. Their plotting becomes diabolical and hilarious. I suggest you limit your fluid intake while reading or you might need to wear some Depends to avoid a laughter induced accident.

In the midst of the hilarity Kitty, an animal lover, becomes involved in a situation that she brings to both houses to find a fix. Can they put their competition on the back burner long enough to team up and do some good? Will their rivalry get in the way of the attraction that was undeniable from the first meeting between Kitty & Lucian? And did I mention that he’s a stripper? I mean really, could you resist him? I think not. Would the world stop turning if a ‘Blossom’ fell for a ‘Dude’? Maybe she can just blame it on the #PinkCocktails & #PiratePunch when her filter disappears and no becomes yes.

Maybe it’s only outside the bedroom that “We’re girl-power warriors who’ll never surrender.” Cuz, when I was practicing some virtual voyeurism there was definitely some surrendering taking place in the best of ways. I’m thrilled to report that the author plans to continue the fun with more stories involving these incredible characters and I can’t wait to jump back in. The line forms here…