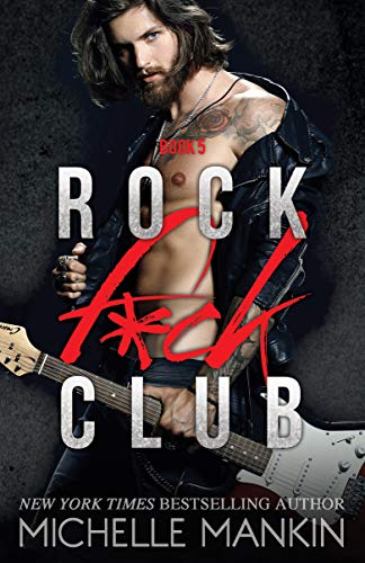 I’m all for girl power and sh*t.
Guys are a disaster.
Trust me. I know.
My name is Josephine Poet. I’m the drummer in an all-girl band.
My rule is f*ck a guy only once, then move onto the next one.
The Rock F*ck Club reality show is no different than my real life. Only there are cameras rolling, and they’re offering me a ton of cash. The money and the publicity is just what Joey’s Band needs. A means to an end for a bad girl who knows how to rock, but isn’t looking for anything good.
But what happens when wrong and right collide?
It’s naughty versus nice in Rock F*ck Club Season Three.
What could go wrong?

“It seemed we had to go far to find a place where my misgivings and his hope could intersect.”

I’m a rockstar romance addict, all about the music, concerts, backstage and tour bus shenanigans. I’m also all for #GirlPower and the #RFC. While this story has all of that, what got most of my attention and gave me all the feels were the beautifully broken characters who found each other on their way to healing.

Josephine Poet is badass. While she might seem cold and distant to some, those that are close to her see behind the wall she keeps up to protect what’s left of her heart. She’s the drummer for Joey’s Band, an all-girl band, and her bandmates are her family. They are the only ones allowed behind her wall. Well, at least they were… until him.

He recognizes something in her that speaks to the broken pieces in himself. He agrees when she tells him, “You see me the way I want to be seen, and understand me. You don’t ignore the broken pieces. Instead, you admire my courage for the parts I’ve salvaged. I want to believe we could make each other whole.” Too bad she signed a contract to be the RFC girl this season and she has to be with ten rockstars to fulfill her contract.

They both have secrets that they’re afraid to share. Worried that even more truth on top of their already fragile foundation will cause it to topple. How can they even consider a future together with so much left unsaid between them? “Sure, I wanted to ride him…ride with him. But I got, even if he didn’t, that getting on the back of that motorcycle with him would mean something.”

So many obstacles in their path. So much pain in their past. So much passion between them. Life is messy, and love is complicated.” Yeah, I loved the hell out of this story and I know that you will too. I don’t know if there will be more in this series or not, but I sure hope so. The line forms here…