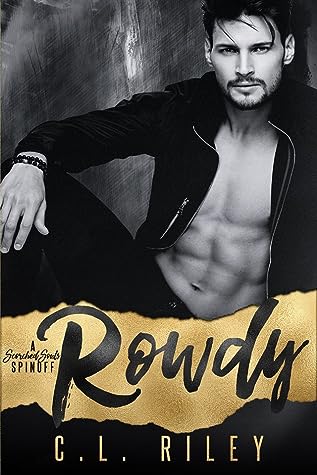 I escaped to a small town on the Oregon Coast. My plan—disappear in the ashes of an arsonist’s rampage.

Plans never turn out the way they’re imagined though, and taking on a new patient was not part of mine.

I don’t do male patients. In fact, I don’t ‘do’ men at all. Not anymore. Not after him.

But something about the pain and confusion in Rowdy’s gaze speaks to my heart, stirring my spirit and breathing life into my withered soul. I’ve committed to stay, long enough to help him heal. In return, he promises to protect me, and I will leave a million dollars richer…if I survive.

You see, Rowdy isn’t just any patient. He’s the president of an outlaw motorcycle club. His life is filled with violence and danger, and he has enemies who will risk everything to exact their revenge.

What am I willing to risk to help one man I barely know?

If my past catches up with me, I’ll be dead anyway. So for Rowdy…I’ll risk it all, my heart included.

Discovering my entire life was based on lies, and then almost dying, should have been enough hell for one person to endure. But, in my case, the curve-balls just keep coming.

Busted body parts and a broken brain aren’t making my existence any easier.

The only light in my dark tunnel is Trina, the care provider who tries to hide her natural beauty behind sloppy sweatshirts and a strictly-business coat of armor. Her efforts are commendable, but she’s failing. Her shield is slipping, and I can see behind her tough exterior to the woman fighting to stay alive.

If she can get me back on my Harley, I’ll do everything in my power to protect her. Hell. I’ll do anything to protect her even if I never recover.

She might be a drill sergeant when it comes to her job, but I’ve seen too many tough girls tossed to the wolves and torn to pieces. No wolf will get anywhere close to Trina, not with me blocking the path.

You need to understand…she’s doing more than healing my body. She’s healing my heart.

BEWARE: Rowdy is a standalone, dark romantic adventure that may contain triggers due to violence and sexual situations. The material is for readers 18 and older.

This book features a number of characters from the Scorched Souls Series (Firetrap, Firefight, Firestorm, and Fireworks ) currently available in one volume, Scorched Souls: The Complete Saga . IT IS NOT NECESSARY TO READ Scorched Souls, but you will gain added insight and more detailed background information by doing so.

“But since cock-riding is not listed on our mutually agreed upon contract, I’ll need to find ways to keep myself focussed on recovering.”

Confession, this was my first C.L. Riley read. What the hell is wrong with me? How did I not know about her? If y’all follow my reviews you know I have a very serious MC Romance addiction and somehow she’s flown under my radar until now. I shall be remedying that and commence stalking immediately. I read Rowdy as a standalone, but now I’m intrigued by the Soul Scorchers MC series and plan to eventually go back and binge-read it.

I met Trina first and she had my full support very quickly. She’s so smart and brave. After learning what had her running from her past to an unknown future with a cranky biker I was totally invested. I’m all for having each other’s back, but in this situation, I was glad to only be her virtual girlfriend. That’s some seriously scary shit she’s hiding from!

Rowdy is hiding too, from his club and himself. His injuries prevent him from fulfilling his duties as president of his motorcycle club so he’s kind of on medical leave. When his VP decides to meddle in his life and hire a care provider to help him heal and regain his strength his immediate response is not positive. However, when he meets her, something that he thought was broken started working again right away. His big head took a little longer… 😉

The spark between Rowdy & Trina was undeniable, though neither would admit to it. Let’s just say he was having some naughty nurse fantasies. They are both very stubborn and it was fun to see them go toe-to-toe. Their banter was very entertaining. Throw in the ‘club business’ on top of the danger that Trina hoped to leave behind, but didn’t, and this tale is nonstop nail-biting excitement. There was more than one explosion in this story, and it is HOT!

There are also some amazing support characters that I’m looking forward to getting to know better in future installments. The author teased me just enough to guarantee that I can’t stop thinking about it. There are also some evil villains that need to take a dirt nap and I’d love to add my shovel to the pile of those that are sure to agree with me. The line forms here…