Title: Song for Me 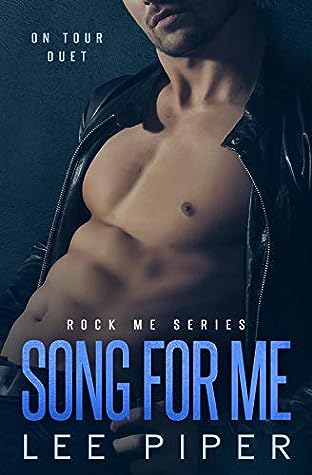 I fell for his lies.

I trusted him with my heart.

When the bad boy rocker betrayed me he stole more than my trust, he robbed me of my freedom.

And when we finally collide, he’ll be left in pieces… because I’m going to break him.

**SONG FOR ME is book two in the ON TOUR duet, set in the same world as ROCK ME.

“—music is the equivalent of a knife gouging an already seeping wound. And yet, the man is my crack cocaine.”

Forgive me if I’m repeating myself, but I’m not through gushing over this new-to-me author yet. This is only the second book I’ve read, but I’m so blown away by her talent that I can’t stop fangirling over her. I know we all have authors that we enjoy reading for different reasons, but this On Tour series is blowing my mind. Because Sing to Me ended on cliffy, I can’t give you details, it would ruin the excitement. Still, there are so many things I’m loving, let me see if I can help you understand.

First, I fell for the girl. She’s so broken. So strong. So determined. She’s been through so much and she’s still fighting, hard. She’s been dealt such a bad hand in life and still has the capacity to love and put others first. Even when I wished she wouldn’t sometimes. Yeah, I wanted to personally deliver an attitude adjustment to someone in particular on her behalf. Not that she’s not fully capable of handling herself. She’s fierce and knows how to fight her own battles. But, that big heart of hers gets her in trouble.

Second, he won me over. He’s cocky and arrogant and women are throwing their panties at him for a reason. He’s sex on stage with a voice that will melt you into a puddle. Remember the talented author I mentioned? Well, she makes me see and hear him. I witnessed backstage shenanigans and heard the action taking place in the bed in the back of the tour bus. I’m in love with a band that doesn’t exist outside of the amazing mind that created it. Song for Me is crackling with pain and passion so intense I feel like I need a cigarette, and I don’t smoke.

“He’s a walking enigma while I’m a jaded paradox. So it makes sense, really. Our two broken halves make a disjointed whole.”

There are good reasons for the way she’s feeling. Her trust was in very short supply, but she gave it to him anyway. Now, she’s even more broken than when she started. She’s still fighting, with every breath in her, but will it be enough? He’s still everything her body wants, even though her mind knows he’s poison. She hates him, but she wants him. He’s broken too. She sees herself in his darkness and in his lyrics. She feels her pain reflected back to her in his music. Can she get past his betrayal? For once, someone else is doing the fighting. He refuses to let her go. Does she really want him to? I guess you know what you need to do to find out, right? The line forms here…