Wrecked With You (Stark Security, #4) by J. Kenner

Title: Wrecked With You 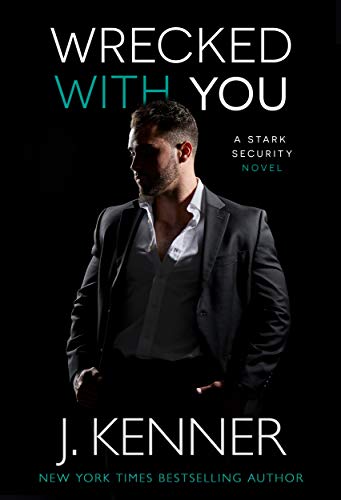 It’s hard to get in—but it’s hell getting out.

He’s spent a decade chasing shadows. Ten long years tracking down the man who kidnapped him as a child and murdered his mother and uncle. And finally, Antonio Santos has found him.

All he needs is access to the exclusive private island. A carnal wonderland that only the elite can enter. But to gain access, Tony needs two things. The significant fee. And a woman.

An experienced operative with deadly skills, Stark Security agent Emma Tucker has no desire to be Tony’s arm candy, especially when she’s still reeling from a breakup. But the more she works with Antonio, the more she admires him. And when the island’s games push them over a sensual cliff, she can’t deny that his skills top the charts in the bedroom, too.

Bit by bit, admiration leads to passion as the mission twists and turns. Soon, they become lost in this island playground full of lust, greed, and danger. Where they could both lose their hearts … or their lives.

“Because whether I want him to or not, there’s no denying that this man is growing on me.”

This suspense lovin’ girl is totally addicted to those sexy Stark Security badasses. Not only because they are dangerous and delicious but also because they are damaged. They each have a painful past and a story that pulls my heartstrings and gets me fired up and ready to join the team and beat some bad guy butt right along with them.

Tony and Emma are thrown together to follow a lead that might finally be the break that is needed to catch up with the evil that he’s been chasing for years. Neither of them is looking for a relationship, but since they are going undercover at an exclusive private island they kinda have to participate in some of the…uh…um…activities, right? That shouldn’t be too hard for either of them because—excuse me, I almost dropped my Kindle—their chemistry, their connection, let’s just say those two within touching distance is EXPLOSIVE!

As I got to know them, and they got to know each other, the idea of them walking away from each other at the end of this mission had me all kinds of upset just thinking about it. I got so caught up in the case and totally invested in the outcome. On the edge of my seat anxious and excited.

I love this series and enjoy catching up with other members of the team in each installment. And the wicked wordsmith, J. Kenner, teased me mercilessly by giving me a glimpse of what’s coming next and I’m so impatient to get my hands on it. The line forms here…