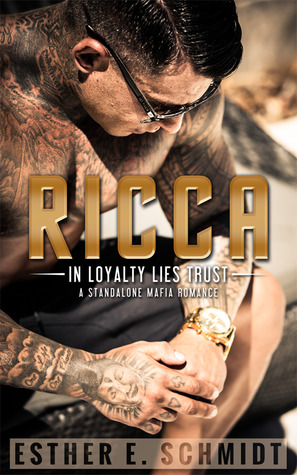 Chiara was raised into the mafia world the hard way. Enduring the assault at the hands of her father until she was kidnapped and forced to marry a mob boss. One she’s sure is even worse than her father.

Ricca never backs away from a challenge. When the woman he kidnapped sneers he would never own her, he’s more than happy to prove her wrong. It doesn’t matter he is being forced into this marriage by The Syndicate, to cover-up the kidnapping.

An enemy is forging a plan to take Ricca down. Can a marriage, even one forced by the decision of others, turn into a solid band of trust, loyalty, and eventually love? Or will either one—or their enemy—rip out their heart to stop it from beating? Dive into this Mafia Romance where the value of human life is worth less than loyalty.

"—respect and trust works both ways."

I've been struck by another case of #CoverLust that led me to a badass book I might have missed out on otherwise. I'm guilty of having an endless TBR list and though I've purchased several books by this author, I've not read her work until now. Yup, you guessed it. I'm kicking my own ass for not doing it sooner.

Ricci says it all with, I'm a notorious bastard who will always get what he wants." He wanted her, so he kidnapped her. Why mess around, right? Well, he got much more than he bargained for with his unwilling bride.

Being raised in the mafia lifestyle Chiara is no shrinking violet. She's got plans to turn the tables on her arrogant groom. But you know what they say about the best-laid plans, right? "Shit. I have a feeling my 'power in the bedroom' plan is failing drastically when all my body wants is to hand over said power and follow his every demand."

I'm a big fan of dark and dirty drama. Give me an alpha asshole with muscles, tattoos, and a filthy mouth and I'm in heaven. Throw in a badass female who can go toe-to-toe with trained mafia men and I've got a girl crush. Add some colorful support characters and some witty banter and you couldn't pry my Kindle out of my hands with a crowbar. I enjoyed the hell out of this story. It was funny and sexy and suspenseful. I don't know if this is the beginning of a series or not, but I sure hope so. I'd love to spend some more time with Ricca's men and the lucky women they end up with. The line forms here... 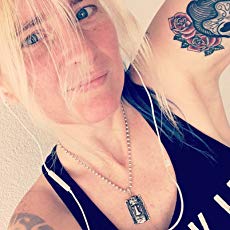 Esther lives in The Netherlands with her family, three daughters, and a crazy bulldog. She loves to write about bad boy Alphas with a heart for only one
woman. To make it a bit interesting, that woman needs to be a badass herself.

She loves to work out and most of her story lines come from doing cardio.

Shop at her Teespring Store