a new novella in her Raven Riders Series,

Be sure to grab your copy today! 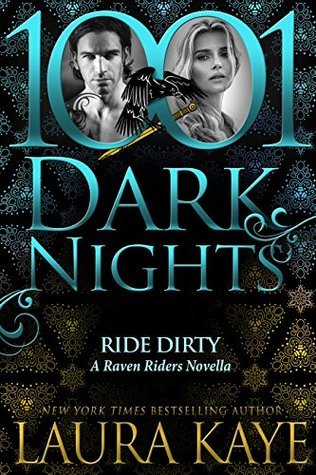 Caine McKannon is all about rules. As the Raven Riders Sergeant-at-Arms, he prizes loyalty to his brothers and protection of his club. As a man, he takes pleasure wherever he can get it but allows no one close—because distance is the only way to ensure people can’t hurt you. And he’s had enough pain for a lifetime.

And then he rescues a beautiful woman from an attack.

Kids and school are kindergarten teacher Emma Kerry’s whole life, so she’s stunned to realize she has an enemy—and even more surprised to find a protector in the intimidating man who saved her. Tall, dark, and tattooed, Caine is unlike any man Emma’s ever known, and she’s as uncertain of him as she is attracted. As the danger escalates, Caine is in her house more and more – until one night of passion lands him in her bed.

But breaking the rules comes at a price, forcing Caine to fight dirty to earn a chance at love. 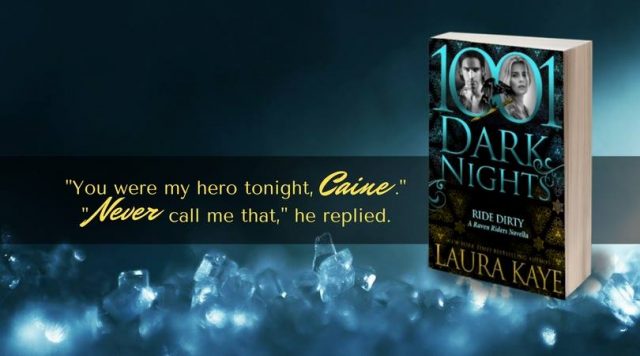 "Maybe people were all just twisted figments in each other's tortured imaginations."

Confession, this was my first Laura Kay read. But, being an MC Romance addict, I couldn't resist taking advantage of the opportunity that 1001 Dark Nights gave me to get a taste of her writing and her Raven Riders series in Ride Dirty. I can't resist either badass bikers or broken bad boys, and Caine was both. What can I say? #MissionAccomplished I loved it and want to go back and read the other books in the series.

Emma is a kindergarten teacher. She sweet and bubbly and finds enjoyment in things that Caine has never experienced. When he rescues her, she is very grateful and tries to thank him. But accepting kindness from others is not something he's comfortable with. He's had a hard life and has purposely turned his emotions off. He doesn't want to feel anything. But there's something about Emma that draws him against his will.

Emma is attracted to "Mr. Tall, Dark, Sweet, and Intimidating." He's unlike anyone she's ever met before. While he seems scary to others, his protectiveness makes her feel safe. She's not the type to pursue the opposite sex, but she finds herself reaching out to him. Reluctant to let him go. Wanting to get to know him and what makes him the way he is. There's something in him that she responds to and she wants to explore it further. But he's pushing her away and keeping his secrets.

Caine is a loner. While the Raven Riders are his family, he still keeps himself separate from them. They don't know about his past or how he got his scars. He's never been tempted to share his pain with anyone...until her. Her sweetness calls to him, softening his hardness. She makes him want more, but he knows that would be a mistake. She deserves better than him. But she makes no secret of the fact that she wants him. How's he supposed to resist that?

I really enjoyed this short story that was surprisingly full and satisfying. The characters had so much personality and I was drawn into their lives very quickly. My heartstrings were pulled many times throughout, and my smiles were earned just as often. I will most definitely keep this author's future work on my radar now that I've found her. The line forms here...

“What are you doing to me?”

“Trying to let you know I care,” Emma said. Like it was obvious. Like it was normal. Like it wasn’t blowing his goddamn mind. And then she just kept right on doing it. “For almost three weeks now, you’ve inhabited my dreams and dominated my thoughts and…” She ducked her gaze.

“What?” he rasped, dying for her to continue. He rolled them, pinning her under him. And, damn if that wasn’t a heady thing, especially as she went soft and pliant, her cheeks filling with a pink heat he tasted with his tongue. “And what?”

Trapped in between them, his cock was so demandingly hard that his hips surged against hers. “Christ,” he bit out, half wondering if he was asleep in his trailer having a dream from which he never wanted to wake. Because stuff like this didn’t happen to him. “I’ll get you off again. Gladly. Did you like my mouth?”

Her eyes went wide. “I freaking loved your mouth. Did you really need to ask?”

“Then just be you. I’m crazy about that mouth, but I’m also crazy about the rest of you, too.” Her arms looped around his neck and her fingers played in the back of his hair. It was only a matter of time… Her fingers moved over the ruined skin above his hairline where the hair didn’t grow right anymore. She didn’t say anything about it, but he didn’t miss the questions that passed over her expression. “Kiss me?”

On a groan, he did. His mouth found hers already open, her tongue meeting his lick for lick and stroke for stroke. She moaned and shifted beneath him, her knees pulling up and opening so that his hardness lined up with her sweet heat. They kissed until he couldn’t breathe and didn’t want to, not if it meant parting from her, and then she rolled her hips and ground her core against him. Once, twice, three times. God, she could use him like this forfuckingever and he’d die a happy man. Or as close to happy as he was capable of. “Yeah, Emma. You want to get off on my cock?”

Her eyes were soft and hooded and so full of desire that he thrust himself and met her hips as they rolled again. “Yes,” she whispered, panting against his lips. “I want you. All of you.”

*Coming to other retailers June 2018 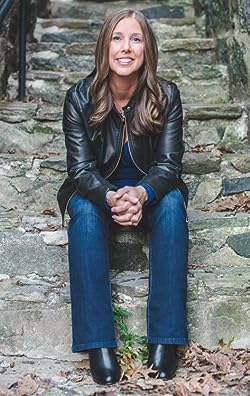 She lives in Maryland with her husband and two daughters, and appreciates her view of the Chesapeake Bay every day.

Thoughts of a Blonde – Review

Always a happy ever after – Review

Reviews by Tammy And Kim (Rachel and Jay) – Review & Excerpt

From the TBR PIle – Review & Excerpt

Books According to Abby – Review & Excerpt

Words of Wisdom from The Scarf Princess – Review & Excerpt