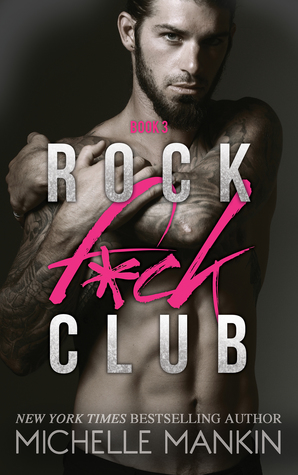 The Gods of Rock Tour.
4 summer concert venues. 10 famous rock stars to f*ck.
Two at a time. Maybe even three.
I know what I like and how to get it.
I’m Marsha West. Raven Winter’s best friend. A sidekick no longer, I’m in the starring role.
I’m going to f*ck whoever I want. However I want. Whenever I want. I have my reasons for being the way I am and doing the things I do. I’ve warned WMO they might have to stretch the rules to keep their TV-MA rating for me.
It’s Rock F*ck Club. Season Two.
What could go wrong? 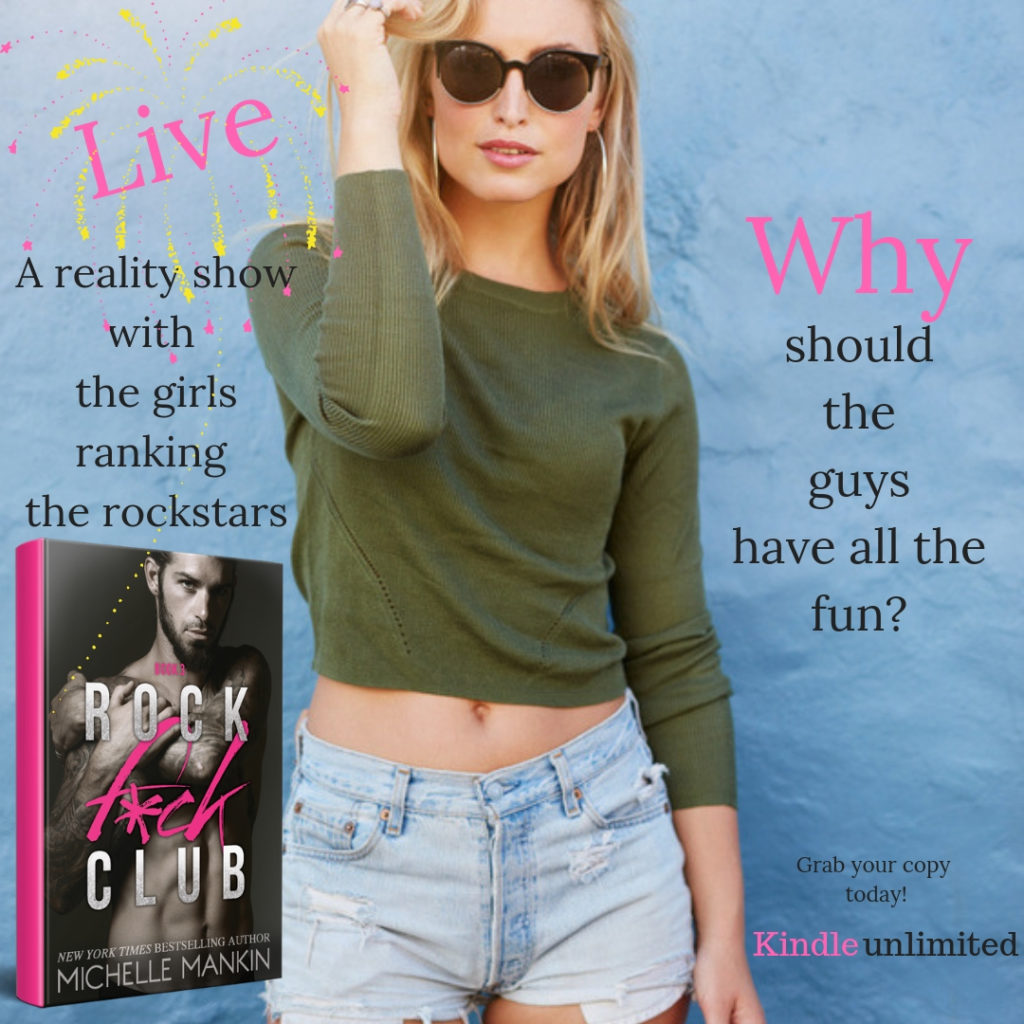 "For once in my life, I wanted to be the reason someone stayed."

Well, I guess the author showed me. I thought I had it all figured out and I knew what direction she was taking this story, but she managed to surprise me. I peeked at the synopsis for this story back when I was still reading the previous one. So, I knew it was going to feature Marsha, Raven's best friend. I was excited because she's sweet, sexy and a badass rock chick. I already loved her and couldn't wait to see her blazing a trail as the newest Rock F*ck Club representative. I was mentally cheering her on when she warned the producers that they would have to do a lot of editing to make her episodes TV friendly.

Once the author pulled the rug out from under me, I struggled to get my head back into RFC mode. I was too focused on other revelations that were keeping my head spinning in another direction. As the layers were peeled back I got to know Marsha better and realized that though she was still badass, she was broken too. The selfless unconditional love and support that she gave to her best friend were severely lacking when it came to herself. She didn't see herself the same way others did. She put on a good show, but it was only on the surface. She had no problem with hookups, but she kept her heart on lockdown. She wasn't intimidated by the idea of fucking ten different rockstars for the WMO, and she wasn't concerned about her reputation. She would do whatever she wanted with whomever she wanted and if it helped her career and her bank account, even better.

In order for you to get the full impact of this story, you need to get your answers the same way I did, by going in blind. Just embrace the adventure and enjoy the ride on the tour bus. If you are a music lover like I am, the backstage action and song lyrics will turn you on as much as the sexy time does. The collection of colorful characters is growing and I'm getting more and more attached to them as the series continues. I've still got my eyes on a particular couple combo that I'm hoping will work out the way that I want it to. I'm excited to see what the author has in store for me next. The line forms here...

Find Me | Remember Me | Keep Me

🎸 Something a little personal from Author Michelle Mankin 🎸

I like to include a little something personal with each new release.

Why did I write a series called Rock F*ck Club?
My inspiration?
An article by a blogger named Lexxie from Unconventional Book Views.

She is amazingly smart, working on her PHD in education, and I love following her blog.

The article struck a nerve with me. I live in the south. I write under my real name. I’ve lost girlfriends and earned the ire of relatives because of what I write. But I love our genre. Love our grown up fairy tales. Life is tough enough. After having cancer, I read for escape, and I write cathartic-ally. I like happy evers in my stories. And I always include something not necessarily controversial in my books but thought provoking like Lexxie did in her article.

➜ This from the CEO of WMO in Rock F*ck Club:

“Women exploring their sexual interests on their own terms without judgement. That’s the original theme. That’s the focus of the launch for the first season. That’s the way the series will continue under my supervision, and that’s the way I’ll ensure that it ends.”

This from the female protagonist:

“I started RFC. It represents me. It ultimately reflects on me. But it’s reflects Marsha and every other twenty-something-year-old woman in the world we live in today. A confusing world where we are told to aspire to be perfect princesses in towers from the time we’re young, then are bombarded constantly by contradictory messages in the media. Ones that tell us that our worth is largely dependent on how sexy we are or whether or not we secure the attention of a man. Yet, if we attempt to explore our sexuality or define it outside socially accepted parameters we’re given derogatory labels. Slut, whore, and the like.”

Things take a bit of an edgier, once upon a time turn with the TEMPEST series. These pierced, tatted, and troubled Seattle rockers are young and on the cusp of making it big, but with serious obstacles to overcome that may prevent them from ever getting there.

Rock stars, myths, and legends collide with paranormal romance in a totally mesmerizing way in the MAGIC series.

Catch the perfect wave with irresistible surfers in the ROCK STARS, SURF AND SECOND CHANCES series.
Romance and self-discovery, the FINDING ME series is a Tempest spin off with a more experienced but familiar cast of characters.

Exploring the sexual double standards for women, the ROCK F*CK CLUB series is a what-if the groupies called the shots instead of the rock stars.

When Michelle is not prowling the streets of her Texas town listening to her rock and Nola funk music much too loud, she is putting her daydreams down on paper or traveling the world with her family and friends, sometimes for real, and sometimes just for pretend.

Faded in Bloom by Julia Wolf
Beautiful Unwanted Wildflower by Hayley Faiman
Between Flaming Stars by Hayley Faiman
The Words by Ashley Jade
Coerced: A Dubcon Anthology
Vipers and Virtuosos by Sav R. Miller
Stone Cold Notes by Julia Wolf
Follow My Lead by J.S. Wood
Falling in Reverse by Julia Wolf
Need You Tonight by Emery Jacobs
Promise to Love You by J. Saman
Dust by Delilah Frost