My final ride with the Knights Corruption MC was bittersweet...

4.5 iScream Cones! I've really enjoyed my time with the Knights, and letting them go is even harder after the author caught me up with each of the couples, reminding me what made them special, and what I'm going to miss now that the series has ended.

Ryder has been a topic of discussion at the clubhouse in each of the previous books, building my curiosity about his demons, and why the brothers refuse to let him drink hard liquor. I knew he had secrets, and I wanted to know what they were, I'm nosy like that.

I got a big kick out of seeing the sparks fly between Ryder and Braylen when I first met her in Jagger. She was the overprotective big sister of Kena, who had caught Jagger's attention when the sisters attended one of his fights. And it just so happened that Ryder was there too.

Braylen is feisty and throws sass with the best of them. Exactly what Ryder needs in his life. He's used to keeping to himself and having people mind their own business. That's NOT her style, and she has lots of style, being a hairdresser. She's used to chatting with her clients and knowing everyone's business. How dare Ryder want her body but refuse to share his secrets. I've been anticipating their story with excitement, hoping that they ended up together, and wondering who would win when they went head to head. Grab some popcorn, and get ready to be entertained! 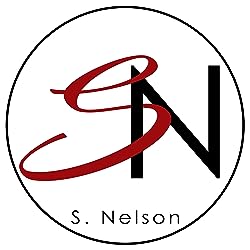 S. Nelson grew up with a love of reading and a very active imagination, never putting pen to paper, or fingers to keyboard until 2013.. Her passion to create was overwhelming and within a few months she’d written her first novel, Stolen Fate. When she isn’t engrossed in creating one of the many stories rattling around inside her head, she loves to read and travel as much as she can. She lives in the Northeast with her husband and two dogs, enjoying the ever changing seasons.