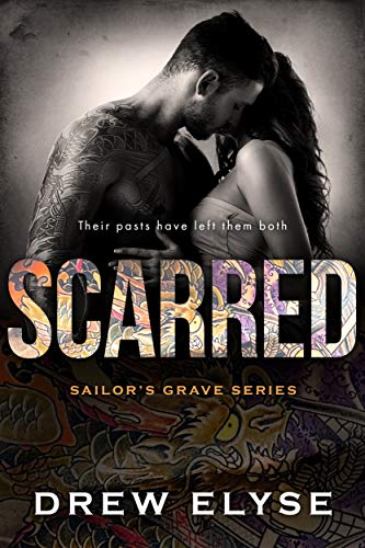 TRAUMA HAS A WAY OF LEAVING ITS MARK.

It took years to do it, but I can finally look in a mirror
and see more than just the scars.
If only that were true for the rest of the world.

The whispers, the stares, the pity, they’re familiar now.
Except his eyes don’t linger, his demeanor never changes.
Maybe that’s why I trust him
and take the leap to move in with a virtual stranger.
A stranger who might be more scarred than I am.

YET NOT ALL SCARS ARE LEFT ON THE SURFACE.

The day I got a spot at Sailor’s Grave Tattoo Parlor, I had everything.
A roof over my head, an honest living, a few friends.
The times when I went without no longer factored.

Until she comes into my life.
Until I offer her a place to stay.
Until she draws me in with that blinding light inside her,
and almost makes me forget
to keep the past in the dark where it belongs. 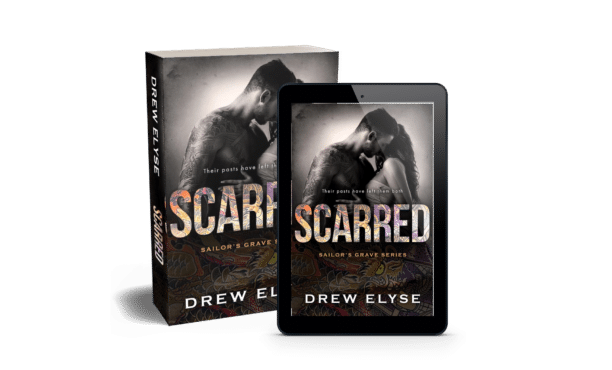 “Do you want to see what I’ve got drawn out for you so far?”

Her eyes lit up, but there was trepidation there, too. It was pretty common, in particular when someone was getting their first tattoo. As far as I could see, Gwen didn’t have any others yet.

I scrolled through the files, pulling up hers. The concept she’d given me had been pretty open. Her email had mentioned a couple of pieces I’d already done that she liked the style of and described how she wanted a representation of the changing seasons. In the end, what I’d landed on was a watercolor style tattoo of a long, outlined branch, along which the life cycle of the full year from a dusting of snow, to budding leaves, through a bloom of flowers and into the colorful decay of fall were all displayed in unlined bursts of color.

I turned the picture her way, and Gwen sucked in an audible breath. She reached out, her hands shaking a touch, to take the phone from me and get a closer look.

“I worked with the picture you sent me” one that showed the scarring that crossed from the back of her shoulder and down onto her side—“and designed the branch so that it will contour to that shape. The texture and darker color built into that should be fully covering, then the color you wanted can come in around it.”

She didn’t say anything right away, just stared at the drawn version of the design I’d thought up. For some reason, I felt compelled to keep speaking for what might have been the first time in my life.

“We can change anything there, any adjustments you want. We can also scrap it if you want to start over,” I assured. “There’s plenty of time to—”

“I love it,” she said, her voice low. It was hard to make it out, but she almost sounded hoarse. “It’s perfect.”

“You’re sure?” I pressed, never wanting anyone to settle when it came to ink I’d put on them forever. “I can send it to you for you to think on, too.”

She looked up, hitting me with that big fucking smile again. I couldn’t help but fixate on the dimple in her right cheek. I didn’t know if it was natural, or it was a result of the scar tissue that ran right along it, but it was adorable. Devastating, even. Just like I knew she could be to me if I let her. 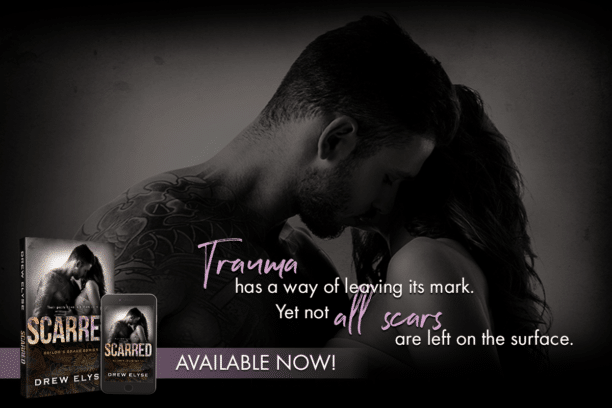 "—wounds we both needed to heal, and scars that wouldn't fade—inside and out—that we had to learn to live with."

I'm a huge fan of this author's writing. I started with her MC series and followed her when she crossed over with Sailor's Grave series. I've become very attached to her amazing characters, most of which are beautifully broken. They inspire me with their strength and ability to continue to love past their pain.

He's the newest employee at Sailor's Grave Tattoo Parlor. They are very welcoming and include him in their get-togethers. He's treated as part of the family. He doesn't let down his walls, even for them. He keeps his secrets and his scars to himself. They aren't visible...but they see them anyway. They don't push, they just accept him. All that was fine, and he was content...until her.

She comes to get a tattoo to cover one of her 'visible' scars. She's so used to people pretending she's invisible, refusing to look at her. When he tells her she's beautiful it's hard to believe he means it, but she knows he does. For some reason, she feels like she can trust him. Which is surprising considering the fact that he won't share any details about his life before he came to work at the tattoo parlor.

I almost lost my mind waiting to learn about the painful past that he was hiding. It became obvious to me how curiosity can be detrimental to cats. Meow. I was so excited when he offered her a place to stay. My inner matchmaker was giddy. Yeah, I felt the chemistry between them and figured we just needed to tackle the proximity issue and it would take care of itself, right? "Was spontaneously jumping your roommate a faux pas?" Well, not in my book, it isn't. Actually, I highly encourage it...just saying.

This story really gave me the feels. It broke my heart and made me feel so helpless because I couldn't fix what was broken. I wanted to hug them both so bad. Thank goodness Jess was there to provide comedic relief and support as needed in my stead. I really love her, she's badass! Actually, they all are, and I can't wait to spend more time with them. The line forms here... 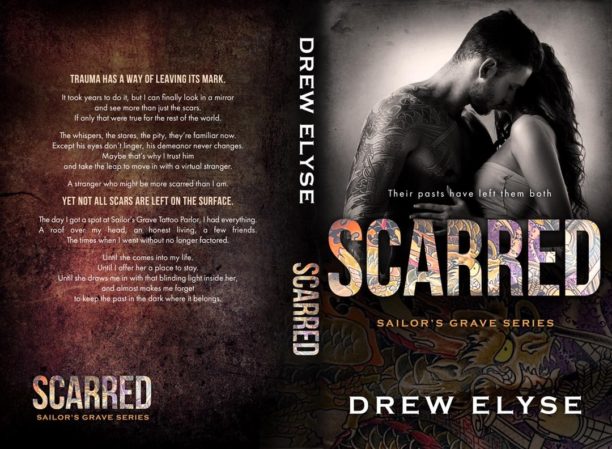