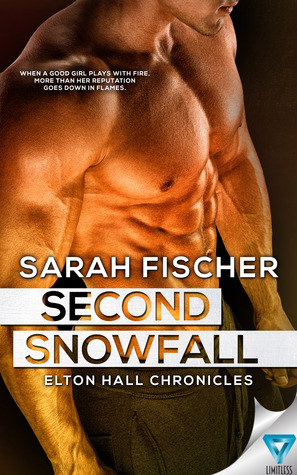 Refusing to break up a relationship, Annabelle resigns to love him from afar—until a certain hot firefighter walks into her life.

Kingsley is the perfect catch. Rich, attractive, with muscles to boot, and he only has eyes for Annabelle. But things get complicated when he clashes with Jason.
With tensions running high and emotions spiraling out of control, Annabelle finds herself torn between her love for Jason, and her new desire for Kingsley.

The longer Annabelle tries to hold on to both men, the more she gets tangled up in a web of lies, secrets, and chilling revelations.

Now, things have gotten worse and Annabelle must do something—before things get ugly… 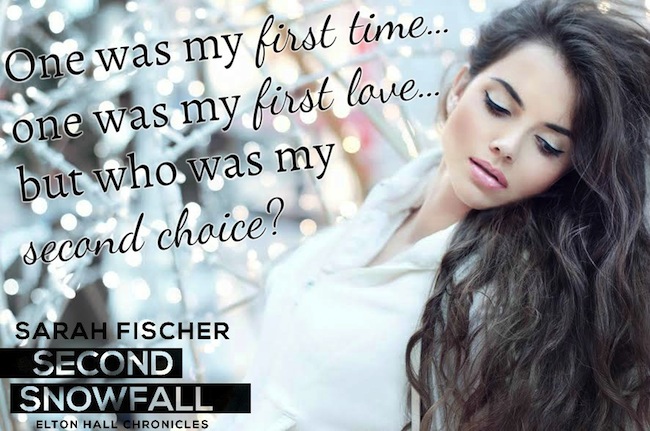 Second Snowfall is the second book in the Elton Hall Chronicles series and can be read as a standalone. This is also the first book I have had the opportunity to read by this author. Although I did like the story I struggled with nearly the first half of the book. I was constantly picking it up and putting it down. I didn't feel connected to the characters and I almost felt like I was reading about high-schoolers.

Annabelle has been in love with her best friend for so long, but has never had the guts to tell him. It doesn't help that he has a girlfriend. When a new guy walks into her life and shows interest she can't help but feel flattered and excited at the prospect of finally having a boyfriend. For Me Annabelle comes across as somewhat immature and naive. She is always thinking ten steps ahead and not about right now. She struggles with trusting Kingsley and makes excuses for him. She wants a boyfriend so badly that she overlooks the concern of her friends.

Kingsley is an egotistical pain-in-the-ass! Talk about an over-inflated ego. He is constantly taking about how good he is at everything. He boasts about his job as a fireman and he is sneaky as hell. He is also extremely overprotective and a tad overbearing. I get that he likes Annabelle a lot, but the fact that he more or less calls her his after such a short time is crazy. I loved that he wasn't forceful and pushy with her and did have concern for her safety. He was just so full of himself that it sort of turned me off to his character.

Second Snowfall has an underlying story going on. Violet, who is from book one play a large part in this story as well and her past has come back to haunt her. Annabelle and Jason (their best friend) do everything they can to help her through this ordeal and to keep her safe. So, basically you get two stories within the pages of this book. It is a decent, quick read, that had me frustrated with how quickly Annabelle jumps from one issue to another, but all is done with an HEA. 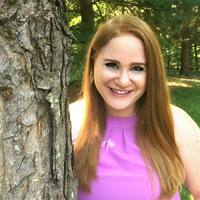 Sarah Fischer works hard fighting the good fight one background check at a time. But before she got into the business of being nosey, she graduated with a degree in criminal justice and married the calm to her crazy. Then she had a scary health scare and needed heart surgery. While recovering, she finally had the time to write stories filled with passionate romance. Her first book, Elton Hall Chronicles: First Semester was published in April and book two, Second Snowfall, will be out shortly. In her spare time, she manages a review blog called, A Kiss At Midnight Reviews.