My best friend is married.

Everyone I know is married. It doesn’t bother me. I like my life the way it is.

Since I’m single though, when my best friend and her husband finally decide to go on their dream honeymoon, she asks me to watch their three-year-old son.

Of course I say yes.

What my best friend neglects to tell me is that I won’t be babysitting alone.

Feeling Max might be too much for me to handle, her husband asks his only single friend to help.

Nick Carrington and I have met a couple of dozen times. I’ve never really given him a second thought—other than to say he’s kind of a jerk. Out loud. So he can hear. Sure, he’s tall, dark, and handsome. And yes, he has the best ass I’ve ever seen, and I mean ever seen quite literally. You see he mooned me at last year’s Fourth of July barbecue because, like I said, he’s a jerk.

He always has to be the life of the party.

I’d even go as far as to say he’s a manwhore.

Yet somehow before I know it, this manwhore and I are co-parenting. Living under the same roof. Eating meals together and yes, talking.

Don’t look at me like that—it’s not like I had a choice. Even though I knew every minute would be hell, I had to say yes.

But after two weeks what I didn’t expect is that I’d been wrong about him.

That under his smart-ass exterior, he’s quite charming.

That his arrogance is actually confidence.

And that the sight of his naked body would do really bad things to me.

And I want more of him.

The question is—does he want more of me?

"Watch it, cocky has consequences."

4.5 iScream Cones! Another sweet and sexy treat from Kim Karr, with a little suspense thrown in to keep her readers on the edge. Sexy Jerk was full of witty banter and entertaining situations that kept me smiling. There were also some very sexy scenes that had me blushing. All the things I love and have come to expect from this author.

Tess is struggling to find herself after some life changing events set her on a new course. She's starting over, and this time she's doing it her way. She's thrilled to help out her best friend by babysitting 3 yr old Max while she's on her honeymoon. However; she did not sign up to do it with the sexy jerk. He might be a jerk, but even she couldn't deny that he was sexy. She understood how he acquired his manwhore status, especially after seeing the goods, but that didn't mean she wanted to spend time with him. She had a lot of plates to juggle trying to get her life on the right track and he was a distraction that she didn't need. Or did she?

Nick's had his eye on Tess for a long time. But he kept his lust to himself. However; being placed in such close proximity to her for an extended period of time made that a challenge he didn't even bother to attempt. Not when he learned that she was single. He knew what she thought of him. He knew what everyone thought of him. It never bothered him, until now... He accepted that he could be a jerk, but that's not all there was to him. Would she give him a chance to show her?

I was thrilled to learn that this series is about three college buddies, and after meeting some of them, I can't wait for more. Tidbits were dropped, making sure that I'm very intrigued and anxious to spend more time Jace. The line forms here... 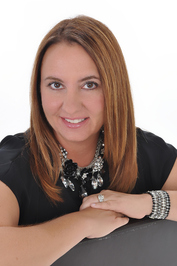